Ryan Cochrane claims gold with fastest time in the world 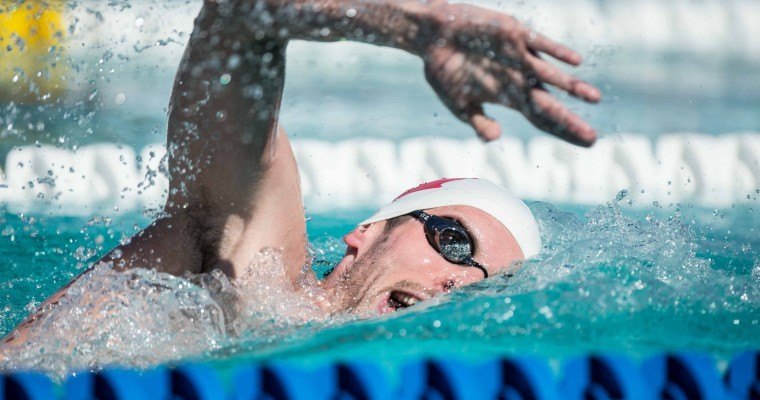 Cochrane captured Canada's first gold medal of the 2014 Commonwealth Games Thursday in Glasgow, Scotland, defending his 400m free gold medal with a Canadian record 3:43.46, the fastest time in the world this year.

Cochrane, who trains at the Swimming Canada High Performance Centre – Victoria, defended his 400-metre freestyle gold medal with a Canadian record 3:43.46, the fastest time in the world this year.

“I’ve been trying to go a best time since the Beijing Olympics. That’s been hard year after year. In London being ninth (at the 2012 Olympics) was horrendously difficult,” he said. “Last year I was able to make the final (at FINA World Championships in Barcelona) but fourth place hurts.

“I went out hard and he went out a little harder,” Cochrane said. “He was pretty far ahead at the 300 and I just had to make sure I didn’t get out of control and be smooth and comfortable and use that excitement.”

“Ryan Cochrane’s 400 freestyle was a tremendous second half to the race. He finished so strong. He and his coach Randy Bennett really prepared well for that,” added Swimming Canada High Performance Director John Atkinson.

The women’s 4×100-m freestyle relay capped the evening with a bronze medal. The team of Victoria Poon, Sandrine Mainville, Michelle Williams and Alyson Ackman turned in a time of 3:40 even in a race that saw Australia set a world record at 3:30.98.

In other finals action, Erika Seltenreich-Hodgson of the High Performance Centre – Vancouver fell just short of a medal in the first event of the evening, which featured three Canadians. The Ottawa native finished fourth in the women’s 400-m individual medley at 4:36.88, a personal best.

“My goal this year was to break 4:40 so to go four seconds under that I’m pretty ecstatic. The energy was a huge part and knowing the competition I had were world-ranked athletes and I’m capable of being a part of them. I think today I was and I’m happy with it,” she said.

The 19-year-old made her senior national team debut at last year’s FINA World Championships, where she said nerves got the better of her.
“It’s very exciting and very nerve-wracking at the same time,” she said of the feeling at her first Commonwealth Games. “Last year I was way more nervous. This year I had to take that experience and channel my nervousness into energy and excitement and I think I managed to do that pretty well.”

Meanwhile, Emily Overholt of West Vancouver broke her own Canadian age group record (15-17) in the 400 IM for the second time in a day. The 16-year-old finished fifth at 3:37.89, a strong debut for Canada’s youngest national team member. Marni Oldershaw of Oakville, Ont., was sixth in 4:46.26.

Tera Van Beilen of the High Performance Centre – Vancouver advanced to Friday’s finals third in the 50-m breaststroke with a semifinal time of 30.74, a personal best.

Russell Wood of Calgary also moved on to a final, grabbing the seventh spot in the men’s 100-m backstroke with a personal best of 54.45.

Atkinson was pleased to see so many swimmers progressing with personal best times.

“One of the stated goals of the team when we came here was to progress from heats to semifinals and from heats to finals and on Day 1 the team certainly did that,” Atkinson said. “With 12 out of 16 swims progressing, that was job done this morning, and then to come back tonight we had some great swims.”

Awesome swim! 3 swimmers went out way too fast, under world record pace but Cochrane kept to his race plan.