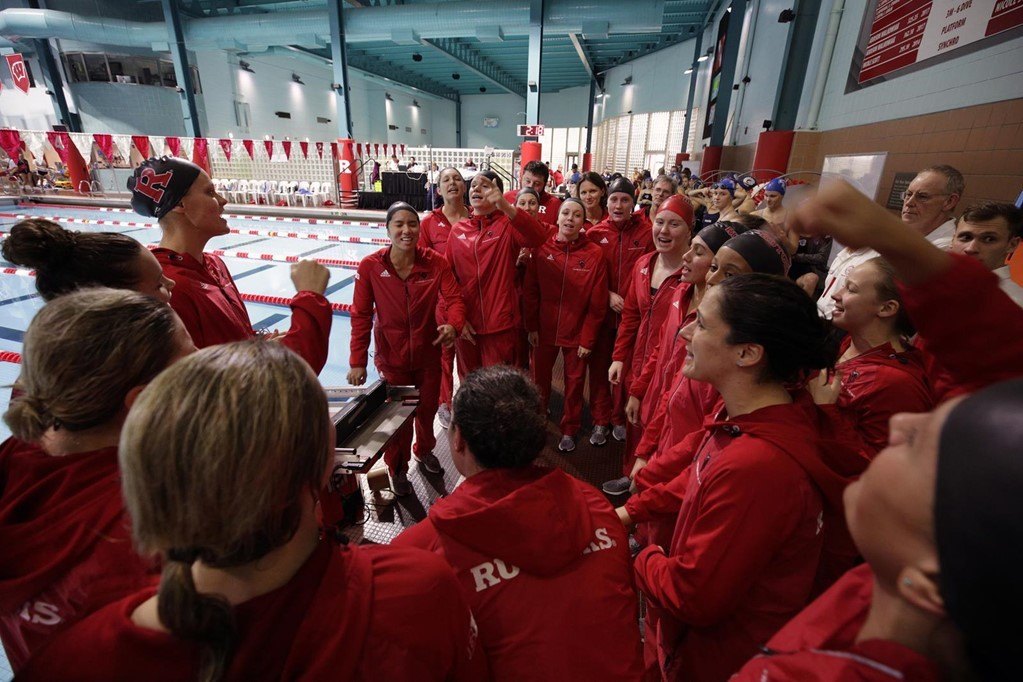 Rutgers has fired head swimming coach Petra Martin. Several people close to the team reached out to SwimSwam with the news...

Rutgers has fired head swimming coach Petra Martin. Several people close to the team reached out to SwimSwam with the news on Thursday, and while Rutgers hasn’t responded to a request for confirmation, they did remove her bio from the website shortly after 8PM Eastern Time on Thursday.

“Earlier today, we both agreed that it was in the best interests of the program for Petra to step away,” athletics director Patrick Hobbs told NJ.com. While Hobbs declined to discuss the reasons for her leaving, there have been several reports of verbal and psychological abuse of members of the team.

Rutgers has had a difficult history with coaches abusing athletes – Rutgers head men’s basketball coach Mike Rice was terminated in 2013 after video emerged of him physically and verbally abusing his athletes, which resulted in the university making new rules to prevent this kind of abuse.

“They were supposed to have a foolproof way to protect athletes after Mike Rice,” Michael Perrotti, father of former Rutgers swimmer Morgan Perrotti, said in an interview. “This is supposed to be a happy time of my daughter’s life and Rutgers has taken that away from her. I hope justice will prevail and the right thing is done because I don’t want another young woman hurt, but where does that leave my daughter?”

“I have been advised not to comment, other than to say I am terribly troubled by the accusations … because they are not true. I have always had the best interests of my athletes at heart, and I wish all of them well moving forward,” Martin said in an email to NJ.com.

Martin, who was born in Czech Republic, was an All-American swimmer at Maryland. Public record shows that Martin was paid $98,495 in 2016 by the university. She was hired as the program’s head coach in 2015 to replace Phil Spiniello. Prior to that, she spent 5 seasons as the head coach at Bowling Green State. During her 2+ year tenure at Rutgers, the team has produced 8 NCAA qualifiers and improved from 11th place at the Big Ten Championships the year before she arrived (2015) up to 10th in 2016 and 9th in 2017.

The team will begin competition at the home-hosted Frank Elm Invitational on Friday, where they welcome in women’s teams from Columbia, Central Connecticut State, James Madison, Liberty, LIU Brooklyn, LIU Post, Navy, Northeastern and Wagner, in addition to men’s and women’s diving teams from UConn, Massachusetts, Virginia and West Virginia.

Update: Rutgers provided a statement after the article was posted:

Earlier this week, concerns were raised with respect to the women’s swimming program.

A separate review of the dismissal of a swim team member for repeated violations of the team rules was found to be appropriate.  That investigation was related entirely to the swimmer’s behavior in and out of the pool and was completely unrelated to any other investigation.

someone should ask Perrotti how his daughter’s underage drinking violations (plural) and lying to the coaching staff may have contributed to her experience in college and with this team.

Cronies? Oh please. While you’re wrong on both of those assertions, ad hominem attacks don’t invalidate my point.

Again no. And ad hominem, although wrong, don’t invalidate the fact.

Some things are common knowledge. And also part of the public record.

Common knowledge? Public record? I don’t think so!! Only someone that “knows” would know the situation…

There was nothing in the article that mentioned underage drinking! How would you know this? Very concerning…

It takes a big person to anonymously call out a college student. Shameful.

She’s having a great college experience so far, thanks for being so concerned. As for her experience on the team, girls who didn’t even have underage drinking violations were in distress as well. So, it doesn’t seem like the swimmer is the problem.

So underage drinking violations and lying to coaches should be permissible grounds to stay on a B1G athletic team? As for the other swimmers, maybe they’ll feel free to speak for themselves instead of having you as their mouthpiece.

http://www.nj.com/rutgersfootball/index.ssf/2017/11/rutgers_fires_swimming_coach_accused_of_mike_rice.html?utm_source=dlvr.it&utm_medium=twitter If you want a perspective from swimmers without the violations you’re so concerned about. Not saying that the drinking and lying is grounds for staying on the team, but neither is verbally abusing swimmers.

This is an excellent article to get another perspective. Sounds similar to my Alma mater!…except it didn’t get to the point of video taping before they fired her. Good for that dad to hire an attorney. Wish someone on our team had done that while I was swimming.

Please mr/ms. Lets not act like underage drinking and lying to coaches doesnt happen at EVERY other school. The sport would be empty if they were kicking kids off of teams for this. Give your head a shake.

She’s having a great college experience so far, thanks for being so concerned. As for her experience on the team, girls who didn’t even have underage drinking violations were in distress. So here’s a thought, the swimmer isn’t the problem, the coach is.

So this is Perrotti, then?

No, but this is someone who was involved with the team. Good guess though

Good to know the comments section of SwimSwam is so supportive of the current swimmers that are actively going through the situation of losing a coach so publicly and not harassing them or anything like that.

Wow – way to equate a college kid having a drink with a coach allegedly abusing their swimmers. Come on.

I doubt you have ever been on a collegiate athletic team because of your comments, which are extremely immature by the way.
I also have 0 affiliation with anyone on the Rutgers team FYI.

Who doesn’t “lie” to the coaching staff? Who doesn’t partake in “underage drinking”… ? You are making her seem like a terrible kid because of drinking and lying. That stuff shouldn’t even be affiliated with a coach mentally abusing athletes.Just look at the comments below… of only a handful of people probably affected by Petra. Obviously there are going to be some athletes who were unaffected….

As a parent of an RU swimmer we are horrified by the removal of Coach Petra. We can state that any accusations about her behavior are categorically false. Our daughter has admired Coach Petra, grown tremendously from her leadership, and is utter heartbroken by her removal. The investigation should be into why the administration is giving this talented and caring coach the axe without ANY cause.

As a Rutgers swimming alumni I am speachless. Coach Petra appeared to care so much about the team and was the only coach for 10 years that made an effort to get alumni involved again. I have to say “appeared to care about the team” because no, I did not swim for her or know what is going on currently and my interactions were as an alumni. This is too hard to believe. I wish the best for all of the swimmers as well as Petra.

It’s called favoritism. I’m sure you’ve heard of it as it isn’t uncommon. Obviously some of her swimmers are going to love her because they are treated differently than the others. Now why would Petra play favorites? Why did she like some girls more than others? From being on the pool deck at times of their practices and hearing stories from some of the girls on the team, it seemed like she prioritized the faster swimmers (which is sadly normal) but that doesn’t mean you have to be rude and discredit the other swimmers who don’t score as many points. Part of being a coach means that you put in time, effort, and some compassion to work with the low… Read more »

Actually, you’re wrong. Vera Koprivova got 5th in the 200 backstroke and Rutgers scored in the top 8 in all three diving events. I’m not taking any position on Petra, but get your facts straight.

Without the diving program, they wouldn’t of scored very high. She’s recruited very well from overseas but did not do a good job in the states.

Thank you RUSWIMMING2017! All the credits should be given to Fred Woodruff with the success of HIS Diving Team.

I think the article should clarify that the father they speak of is of former Rutgers swimmer MORGAN Perrotti. Another alum of Rutgers swimming, Allyson Perrotti ’14, has no relationship to this article or Morgan & Michael Perrotti whatsoever.

Fair point – had no idea there were two unrelated Perrottis on the team. Updated.