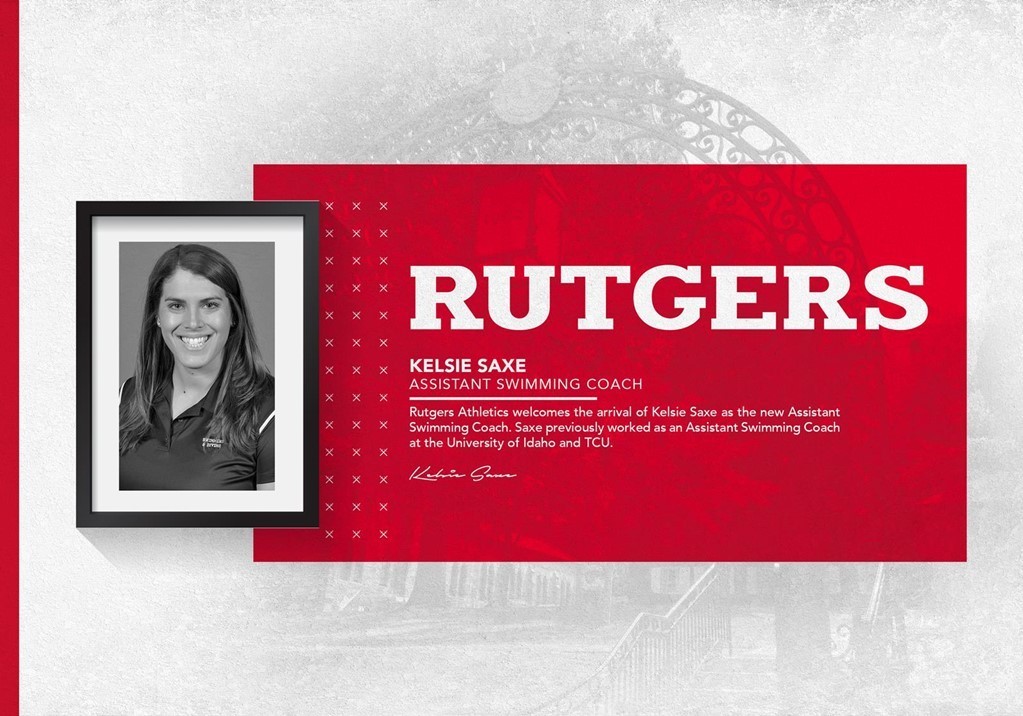 The women’s swimming & diving team at Rutgers University in New Jersey will have a new assistant coach in the... Current photo via Rutgers Athletics

The women’s swimming & diving team at Rutgers University in New Jersey will have a new assistant coach in the first full season under the leadership of head coach Jon Maccoll. The program has announced the hiring of Kelsie Saxe as the program’s new assistant coach.

Saxe’s previous stop was for 1 season at TCU (a program where, like Rutgers, the head coach was relieved of duties mid-season), and before that at her alma mater Idaho, where she spent 2 years as an assistant. She also worked as a team manager at Tennessee while earning her Master’s degree in Sport and Fitness Administration/Management.

While a swimmer at Idaho, Saxe was a school-record holder in the 100 and 200 breaststroke, records that she still holds, and also swam on record-setting 200 and 400 medley relays. A versatile swimming, she also graduated with top-10 times in the 200 IM and 100 fly. Saxe originally hails from Knoxville.

Rutgers is taking on a fresh start after a scattered season last year where head coach Petra Martin was terminated mid-season. The team placed 9th out of 13 teams at last year’s Big Ten Championship meet, which marked the second-straight season where they finished with that ranking. 9th is also the highest they’ve placed since joining the Big Ten in the 2014-2015 season.

Congrats Kelsie! Great hire by Rutgers. You all are getting a fantastic person and coach. See you soon!

What a great place to be at! Great location within sightseeing range of NYC, top-50 school in the world, Big-10 money, great Head Coach and diving coach and now the best assistant that can be asked for.

Congratulations Kelsie! Happy for you.