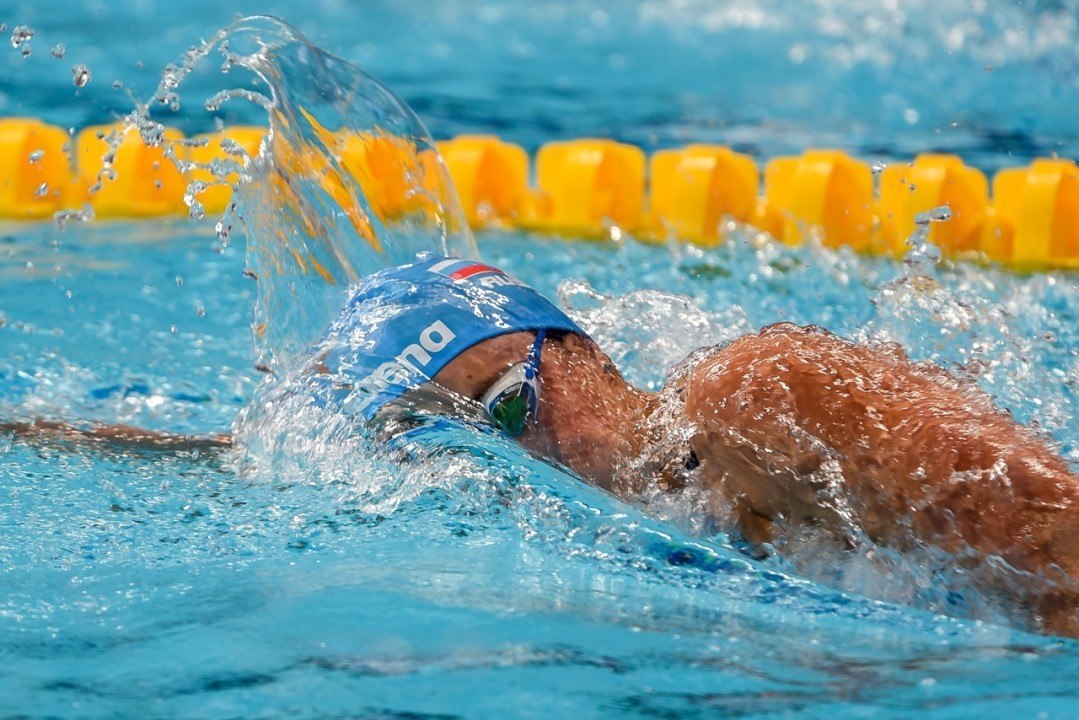 Openysheva swam at the 2016 Rio Olympics for Russia, where she finished 18th in the 200 free prelims and anchored Russia's 800 free relay to a 7th place finish. Archive photo via Peter Sukenik/www.petersukenik.com

Flying by under the radar, with no obvious public announcement, Louisville has hauled in a huge pickup to join their freshman class this year. In addition to former World Junior record holder Maria Astashkina relocating from Russia to start her freshman year with the Cardinals this season, Arina Openysheva is on the 2017-18 roster and swam at the Cardinals’ meets at Notre Dame this weekend. Astashkina is from Moscow, while Openysheva is from Zelenogorsk.

Openysheva swam at the 2016 Rio Olympics for Russia, where she finished 18th in the 200 free prelims and anchored Russia‘s 800 free relay to a 7th place finish. She also anchored Russia‘s 4th place effort in this relay at the 2017 World Championships, before helping them to a 4×100 free relay silver medal at the 2017 World University Games. As a junior swimmer, Openysheva won 7 gold medals at the 2015 European Games in Baku, then earned several medals at the 2015 World Jr Champs where she helped Russia break the mixed 4×100 medley relay.

Openysheva is a very strong sprint/mid-distance freestyler, with LCM bests of 54.45/1:57.66/4:08.81, times that are among the best of the top swimmers in the NCAA right now. There’s an obvious transition to SCY that has to happen, but those times suggest that she’ll be a force in the 100, 200, and 500 free individually as well as a big relay swimmer for the Cards. In the 800 free relay, Mallory Comerford has historically been the only huge leg for Louisville, and that could change here with Openysheva.

Louisville has done well recruiting swimmers from Russia in recent years. In addition to Openysheva and Astashkina joining up this year, junior Alina Kendzior is from Moscow, and the recently graduated Grigory Tarasevich was from Russia, as well.

Cut her some slack, it’s the first weekend in October after enduring the pre-meet season conditioning practices. Check in after fall invites happen lol. We have no idea what will happen with a little rest/taper!

Girl is probably broken down and experiencing new training. Give her some time. I love big-time taper swimmers. Lochte used to swim his 200 in 1:40+ mid season, but he could put together a pretty good 200 when he rested.

bodes well for their 800 free relay