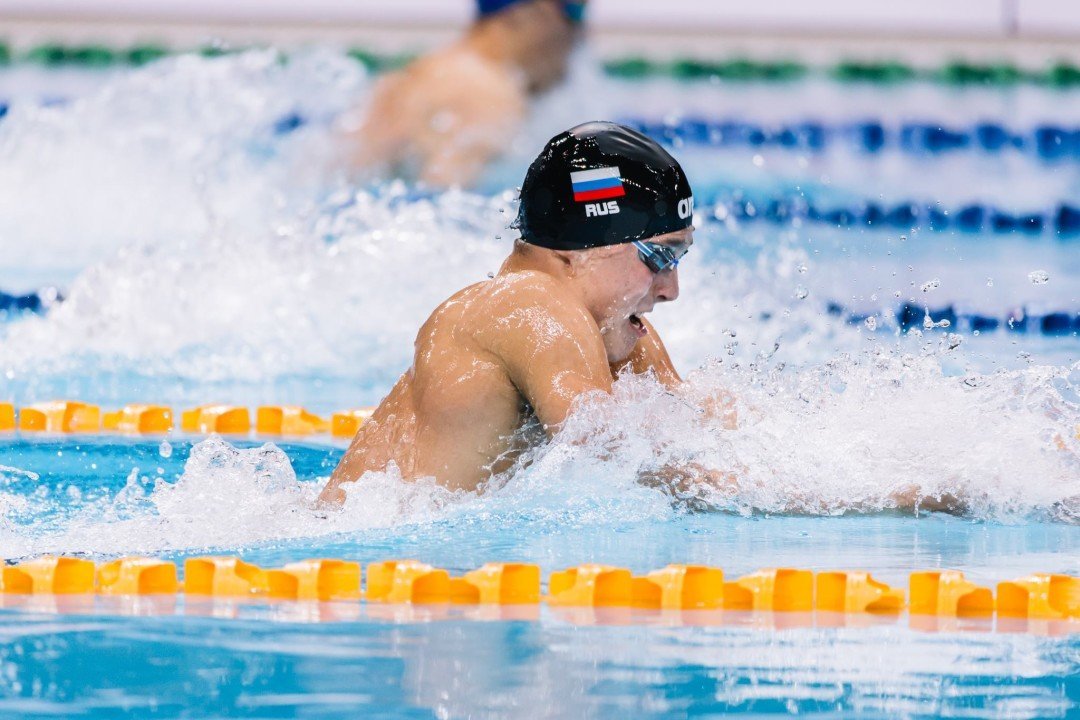 On the strength of Anton Chupkov's 59.8 breastroke leg, the Russian men were able to win the gold medal and break the championship record in the men's 400m medley relay Current photo via Adrian Seetho

The Russian quartet of Roman Larin, Anton Chupkov, Daniil Pakhomov and Vladislav Kozlov won the final men’s event of the meet, the 400m medley relay, in a new meet record of 3:36.44. That time breaks Japan’s mark of 3:38.13 set in Dubai in 2013.

The key legs for the Russians was the breastroke and butterfly, as Chupkov (59.84) and Pakhomov (51.74) both posted the fastest split in the field on their respective legs.

Finishing 2nd was the United States in 3:37.51.  100m freestyle silver medalist Maxime Rooney, who posted a very fast split of 48.55,  was doing his best to chase down Kozlov, but it wasn’t meant to be. Also swimming for the United States was Michael Taylor, Reece Whitley and Michael Andrew.

Australia was 3rd, with 100m freestyle champion Kyle Chalmers posting the fastest freestyle leg in the field of 48.38.

The Russians just missed their own junior world record of 3:36.38, set at the European Games in Baku, Azerbaijan earlier this summer. Chupkov, Pakhomov and Kozlov were all members of that team.