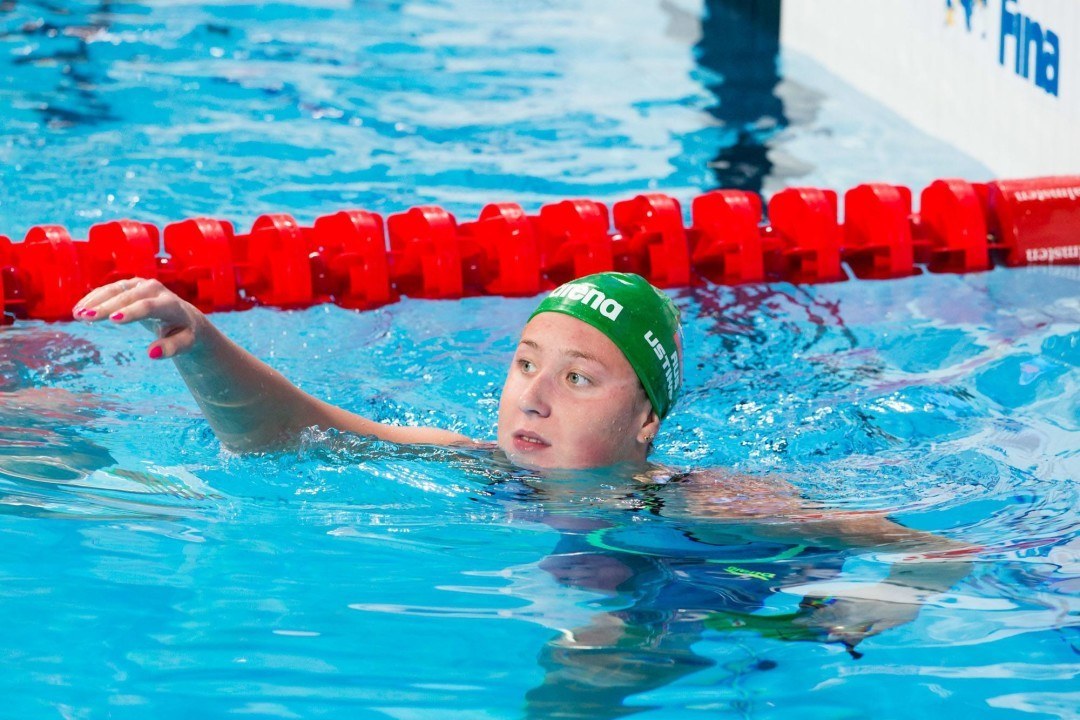 Russian swimmer Daria Ustinova is the latest to file an appeal to the international Court of Arbitration for Sport over her... Archive photo via Tim Binning/TheSwimPictures.com

Russian swimmer Daria Ustinova is the latest to file an appeal to the international Court of Arbitration for Sport over her dismissal from the 2016 Rio Olympic Games as a result of the McLaren IP report.

Ustinova was one of 7 athletes originally dismissed from the team as a result of two related but separate IOC directives. While 4 were withdrawn from nomination by the Russian Olympic Committee, Ustinova was one of 3 who were barred from competition based on being named in the McLaren IP report as part of the alleged “disappearing positives program,” where investigators believed that a Russian state-sponsored doping system was covering up positive tests of Russian athletes. The details of that McLaren IP report have still not been made positive, and have come into more question as the Olympics have worn on as to how ironclad the accusations really were.

The other two Russians in the same category, Vlad Morozov and Nikita Lobintsev, already appealed their banishment to the CAS, but then withdrew their filing in order to have the case decided by an IOC ad hoc committee instead. The IOC committee approved them to participate, though in a statement they said that they were “disappointed” in the CAS decision, even though the CAS’ latest release says that the application by the two was withdrawn. This further clutters the conversation about who it is that actually approved their participation in the Olympics, though both are entered in start lists for the meet.

Ustinova initially didn’t file an appeal, but after seeing the results of Morozov and Lobintsev, she has apparently decided to do so. Ustinova, like all of the barred Russians, traveled with the Olympic Team to Rio anyway in anticipation of a favorable result in their appeals.

Ustinova placed 4th at last year’s World Championships in the 200 backstroke and ranks 5th in the world this season in the event in 2:06.92.

What took her so long? Who cares if she was on McLaren’s list or was tested positive. There is FINA/IOC amnesty for everybody. Don’t be late, don’t be shy.

Confirmed! Yulia Efimova will participate in Rio.
Head of Russian olympic delegation said that the received a letter from IOC which allows Efimova to participate.