Russia Confirms that Suspended Rylov Will Be Allowed at Russian Championships 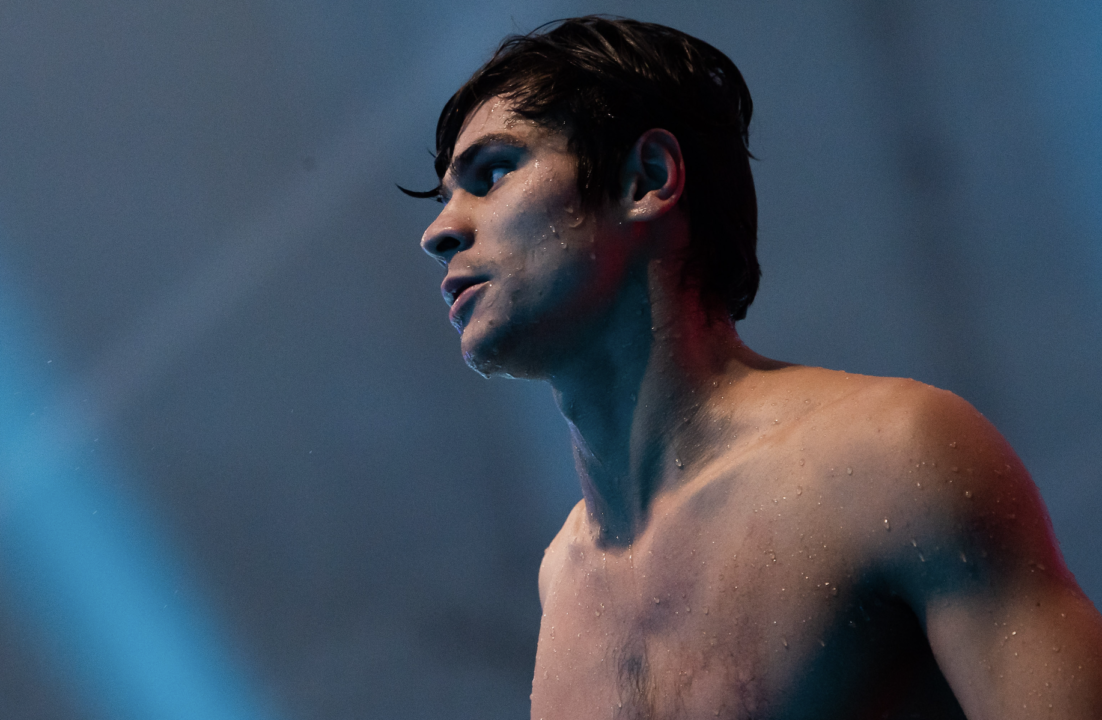 In spite of a 9-month suspension by the international governing body FINA, the All-Russian Swimming Federation will allow him to compete at next week's national championships. Archive photo via Mike Lewis/Ola Vista Photography

The All-Russia Swimming Federation says that Evgeny Rylov is eligible to compete in the 2022 Russian Swimming Championships that begin on Sunday in spite of a 9-month suspension by FINA.

FINA has not responded to a request for clarification on whether or not Rylov’s personal suspension and the national suspension levied on all Russian athletes and coaches for the remainder of 2022 are different, but his presence at Russian Nationals gives a clue.

Vladimir Salnikov, the four-time Olympic gold medalist and head of the All-Russian Swimming Federation, says that the meet is not covered by the FINA ban. Because this year’s meet is not under a FINA sanction, the ban does not apply, Salnikov explained.

This also implies that international records set at the meet won’t count as FINA records, nor will times count in the FINA World Rankings.

Because the All-Russian Swimming Federation is a direct signatory of the World Anti-Doping Code, WADA drug testing rules should still apply to the competition.

This all means that Rylov’s personal suspension is, effectively, only the 20 days from January 1 to January 20, because he was already ineligible for the first 8 months+ of his suspension as a Russian athlete.

Rylov’s presence at the rally was the precipitating incident for Russians to be suspended from both FINA competition and International Swimming League competition.

Rylov was given a 9 month suspension for his presence at a March 18 pro-war rally organized by Russian President Vladimir Putin. He was one of 8 Olympic medalists who appeared on stage at the event wearing both their medals and the “Z” that has become representative of Russia’s invasion of Ukraine.

The United Nations Human Rights group estimates that 2,435 civilians had been killed in Ukraine since Russia invaded in February, and another 2,946 have been injured. Those estimates are as of midnight on April 21, 2022 local time. Local officials have estimated higher numbers.

Given Putin’s demonstrated propensity to punish, poison, imprison or kill Russians who oppose him, its not surprising that Rylov, or any other Russian athlete who lives in Russia or has family living in Russia would decline an invitation to appear on stage with Putin. we don’t know the full facts or degree to which Rylov was pressured to appear on stage, or for that matter if he fully realized how his and other athletes presence would be used. It’s easy for those of us sitting in the safety of our homeland with the freedoms we enjoy to complain, but harder to think what we might do if we lived with our families in a nation governed by a brutal dictator… Read more »

Banning athletes and boycotting events for political reasons generally does not accomplish much. When Carter boycotted the 1980 Moscow Olympics, it didn’t harm the Soviet Union and certainly angered a lot of American athletes. Over 40 years later, many American athletes remain bitter. In 1984, the Soviet Union boycotted the 1984 Olympics in Los Angeles. What good did the retaliation do?

Let athletes be athletes. Athletes want to compete against each other regardless of politics. Missing Rylov at the 2022 World Championships doesn’t really help anyone other than those who would gain a medal without him, and those who medal without him will wonder what would’ve occurred if he was there. It doesn’t help with the war in Ukraine, it… Read more »

But further to that, your statement is misguided and oversimplified. You state “we’ll X won’t help anyone” as if it’s a fact with no explanation or justification. You don’t know the impact that the overall sanctions against Russia are having.

You would be wrong on all counts. As noted in other threads, Russia, despite all of it’s flaws, runs a debt to GDP ratio of 13%-18%. They’re in a financial position to do this for quite a long time, while they’ve allocated only about 20% of their military to the conflict. The sanctions only work if it’s a long war, which it won’t be. At the moment, the ruble has returned to near the level it was before the conflict.

In contrast, a country like the U.S. runs a debt to GDP ratio of around 120%-125% and it’s growing rapidly. The U.S. has a massive economy, and can take a lot of shocks but keeps things moving through debt.… Read more »

Excellent point. Let them live in their own reality!

rUSSIA lives in a bubble

So from now on FINA will monitor the behave of every swimmer worldwide and punish when they do something that they consider wrong? Is FINA now a police and judge for the swimmers life? Was this type os suspension previewed in the rules? I am not talking about the swimmer’s actions, I am not saying I agree with what he did, but is it FINA role to do this type of thing? What are they doing about swimmers who are closely attached to other criminal regimes around the world? Are these kids doing it on their will or they are under pressure? Suspending Rylov on this terms is completely unfair and only done to get some approval on social media.… Read more »

I think his point is whether it’s appropriate for sport organizations to give out suspensions on non-sport issues. By which rule are they eligible to do so? I always feel very complicated about athletes getting suspensions for their behaviours outside of the sport, like Phelps 2015 suspension for DUI, Seto suspension for out of marriage affairs and now this. If sports organizations have the right to interfere with these, where is the boundary? Can they also suspend someone for transphobia? It’s a very complicated question.

That was exactly my point. They shouldn’t, unless it is explicitly specified what behaves are acceptable and what are unacceptable in the rule book. Besides that, is FINA monitoring every other swimmer in the world to check their actions?

Yeah I mean, there’s always that one unhinged guy that had been commenting on these posts about US war crimes and whatnot and I mean…they weren’t wrong. It’s just that the US has more clout than Russia does.

(And I’m not trying to take away from how wrong what Russia is doing here is – it’s bad and should be condemned! – but pretty much any of the G20 countries could be condemned along these same lines for plenty of their own things, too.)

7
-4
Reply
Olympian
Reply to  I was there

This does makes sense though… You just changed my opinion about his suspension.
Just so everybody have an idea, where I come from our president is referred as “genocidal”, big part of our team supports him and his bigotry and FINA didn’t even mention it.
Luckily my country doesn’t have either the bellic nor financial power Russia has…

Are you talking about Bolsonaro ?

I am not saying I agree with what he did …
That is the point and purpose of all these bans: to say.
Not saying means approval of aggression and that is against the rules of international sport associations.

Good for Rylov. He should not be penalized for Russian and American rich people fighting over another country’s resources.

I’ll be sure to tell that to all the rich Americans hiding under the steel plant in Mariupol.

Everyone knew this was going to happen or at least they should’ve. Why they complaint now lol

Who cares! The Russians are a law to themselves. What Putin says ‘go’s’. Salinkov is just a puppet.

Honestly I say there’s a 35% chance there’s some bogus Uzbek style time keeping at this meet given how Russia has been as of late.

Unlike Uzbek, there is live stream for this meet, and it can be replayed at any time: https://www.youtube.com/watch?v=jFY5mWZGdzQ
It didn’t take me too long to find it.