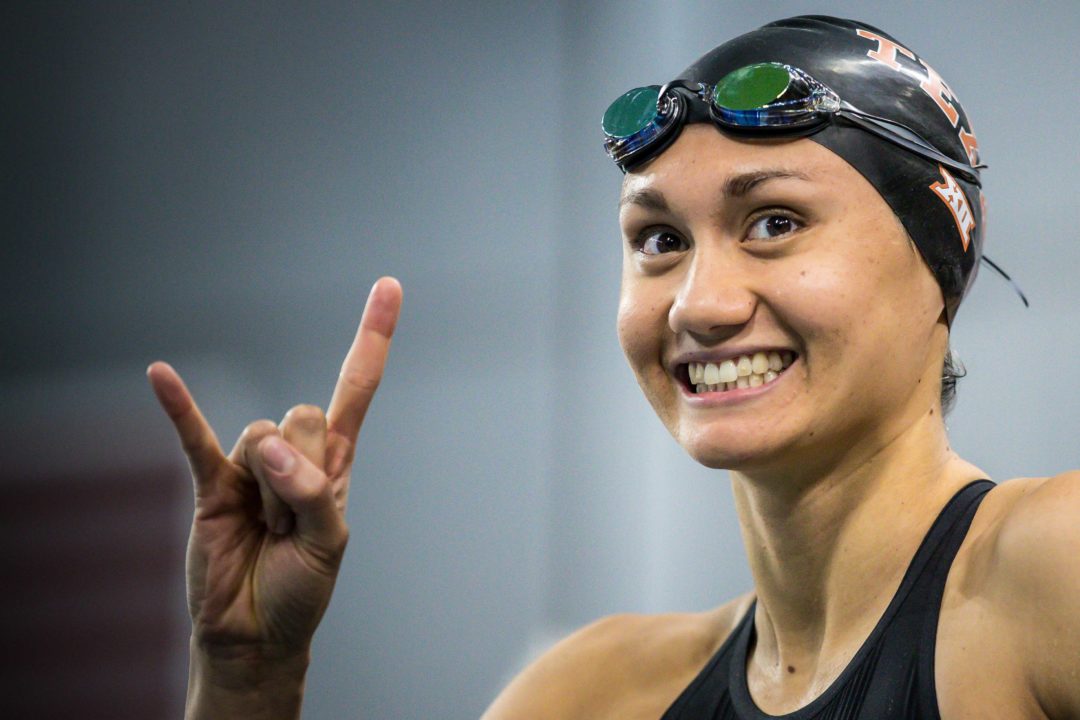 Texas swimmer Remedy Rule set a new Filipino record in the 100m butterfly. Rule posted a best time of 59.70 to shatter the previous record of 1:00.42, she set during the 2019 World Championships.

With her performance, Rule now stands within .04 of qualifying for the Tokyo 2021 Olympic Games. The FINA A-cut required to qualify for the competition is a 59.66, which she will be aiming to break during the finals session. Out of prelims, Rule qualified 9th, meaning she will hold the fastest seed in the B-final.

Tennessee’s Lyubomir Epitropov broke the Bulgarian record in the 100 breaststroke with a time of 1:00.32, slashing almost 2 seconds off of his previous record of 1:02.04 from the 2019 World Championships. Epitropov transferred to Tennessee after the East Carolina swimming program was cut last year, and has significantly improved his yards times since the switch.

Notably, Epitropov scratched the finals session of the meet following his performance.