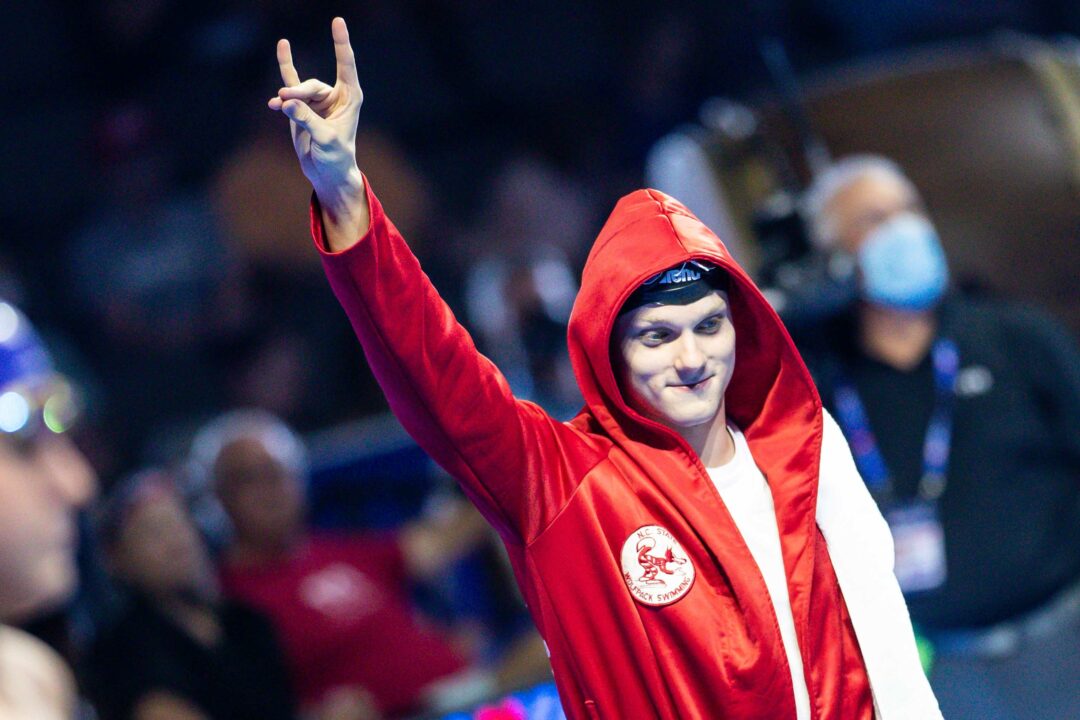 Ross Dant, Erin Gemmell, and Camille Spink all scratched out of A-finals on night 2 of the 2022 US Open Swimming Championships. Archive photo via Jack Spitser/Spitser Photography

In the 400 freestyle, Ross Dant has opted out of the final of the after qualifying second in prelims. His time of 3:52.56 was only a few tenths off of top seed Guilherme Costa’s time of 3:52.13.

The 400 was Dant’s only final for the evening and was supposed to be his last race of the meet. Notably, Dant also scratched out of the 800 freestyle last night, which was his only other entry for the meet.

With Dant’s scratch, NSW Swim’s Ryan Wilkes has been moved up into the A-final after finishing ninth during prelims with a 3:55.69. First alternate Amadeusz Knop from the Sarasota Sharks has moved up into the B-final as well after posting a 3:59.63 this morning.

There were also several scratches in the A-final of the women’s 200 IM, where both Camille Spink and Erin Gemmell have opted out of the final. Spink, who placed 3rd overall in prelims with a time of 2:13.96 will be putting her focus on the final of the women’s 50 freestyle, where she also was 3rd out of prelims. However, the 50 freestyle is her stronger of the two events as she is currently the top ranked 50 freestyler in the class of 2023.

Gemmell also appears to have scratched the 200 IM final in favor of another event as the 400 freestyle final is slated to occur minutes before. Gemmell was the 4th qualifier in the 400 freestyle this morning after winning the US National Championship title in the event back in August. She placed 6th out of the prelims of the 200 IM in a time of 2:17.03.

With Spink and Gemmell scratching, Gracie Weyant and Avery Klamfoth have been moved up into the A-final. At only 15-years-old, Klamfoth will be the youngest competitor in either the A or B finals of the event. She is also a full decade younger than the oldest competitor in either the A or B final of this event, Brazil’s Nathalia Siqueira Almeida. Alternates Julie Brousseau and Molly Mayne have also been moved into the B-final as a result of the scratches.

In the men’s 200 IM, the only scratch came from Vinicius Tavares Assunaco, who qualified 13th out of prelims with a time of 2:04.21. With his scratch, first alternate Sean Faikish has been moved up into the last spot in the B-final.

There were no scratches in either the men’s or women’s 50 freestyle races, which were led by David Curtiss and Gabi Albiero during the prelims session.