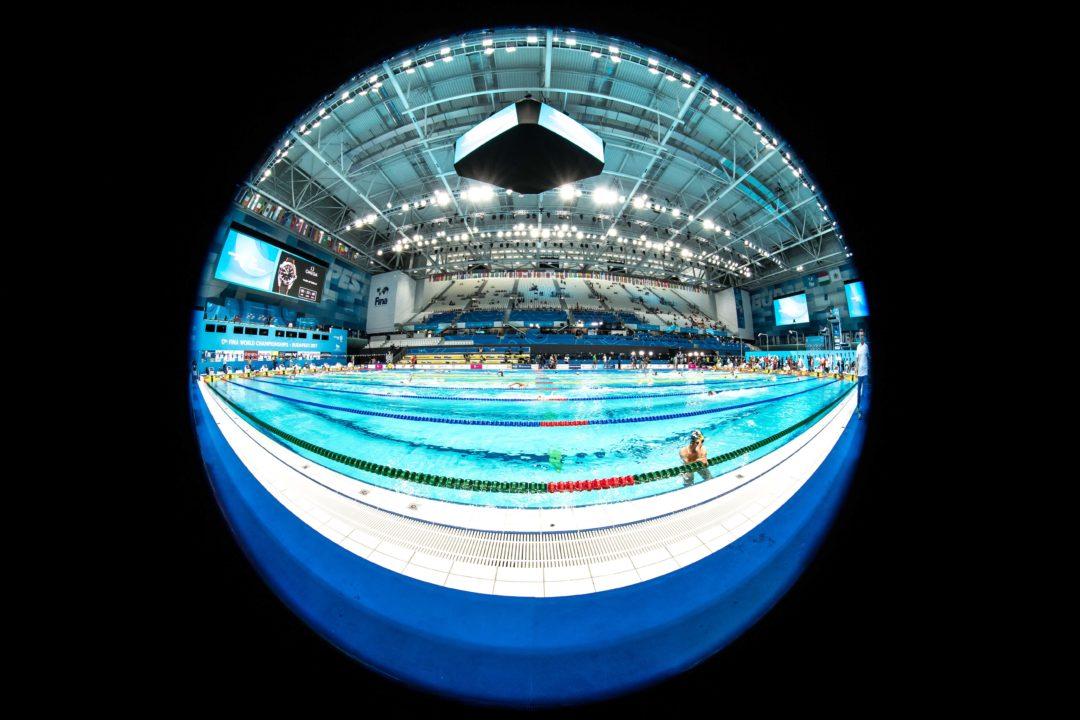 Ron Jacks was only added to Canada's national team coaching staff for the 2017 World Championships after an appeal to an arbitrator, legal documents show. Current photo via Mike Lewis/Ola Vista Photography

Ron Jacks was only added to Canada’s national team coaching staff for the 2017 World Championships after an appeal to an arbitrator, legal documents show.

Jacks was not originally named to Canada’s coaching staff. Believing the decision-making process to have been compromised by conflicts of interest, Jacks appealed the decision to the Sport Dispute Resolution Centre of Canada (SDRCC), where his appeal was heard by arbitrator David Bennett.

Jacks has specialized with open water swimmers, and he coached Richard Weinberger onto Canada’s World Championships team in the open water 10K this year. According to the appeal documents, Jacks says he told Swimming Canada he was interested in serving on the coaching staff, but that the two open water coaching positions weren’t named with the rest of the pool coaching staff at the conclusion of Canadian Trials on April 9.

Then on April 20, Swimming Canada informed Jacks that he would not be part of the coaching staff.

Jacks claimed that Perry’s influence on Atkinson’s decision-making constituted a conflict of interest, and the arbiter agreed, considering the conflict “exceptional circumstances” and overturning the original nominations, naming Jacks to the team. The other open water coach set to be on the roster was Dominique Longtin.

You can read the full legal document on Jacks’ appeal here.

After clicking and reading Jacks’ appeal, it’s clear that Atkinson/Perry and Ron Jacks just don’t like one another. Did Dominique Longtin travel to Budapest?

Ron is the one with the track record.

Yes, he does and that record stretches back decades.

You mean the track record of producing Champions since the 72 Olympics? That’s what should count.

This summer’s results for Canada’s open water team were impacted by the on going case that went on throughout the year. Manpower on both sides were absorbed. Once we were united as a team at World Championships this summer in Budapest, we settled our opposing viewpoints and worked well together which leads me to think we can move past this for this upcoming swim season and enhance the depth in Canadian open water swimming!