Rollason Having a Very Good First Year in Denmark 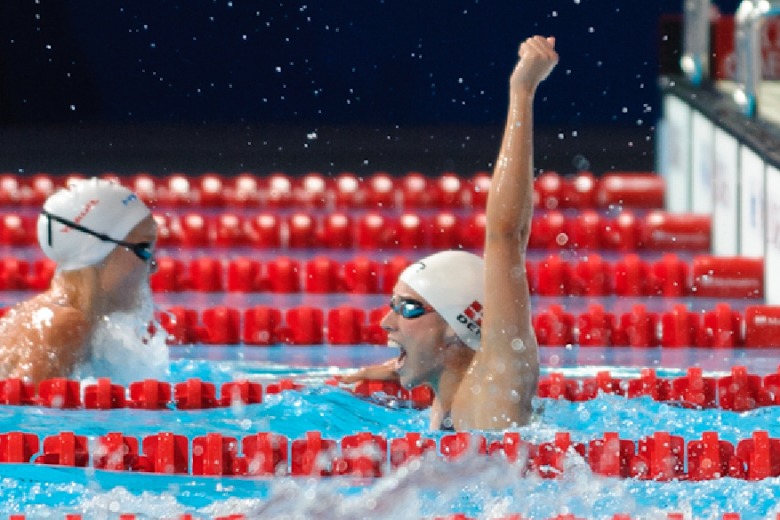 The 2013 FINA World Championships was the first time that the Danish national team operated under a new coaching structure and leadership... (Photo Credit Victor Puig, victorpuig.com)

Titmus is over six months older than Katie Ledecky was the last time she set a world record, which came in the 1500 free back in 2018.

16-year-old standout Flynn Southam headlines a roster of 32 Junior Dolphins who will represent Australia at the Junior Pan Pacific Championships in August.

SwimSwam caught up with Rollason to get his impressions on his first few months in Denmark, the team’s successes in Barcelona and the preparation of the National Training Centre athletes, which include Rikke Moeller-Pedersen, Jeanette Ottesen Gray and Pernille Blume.

Before taking the role in Denmark Rollason, who is Australian, had been part of the Australian coaching staff at the last three Olympics, held the position of Head Coach at the Australian Institute of Sport and had never coached outside of Australia. So why leave now? “(It was) the opportunity in Europe for my family,” explained Rollason. “(As well as) for my career development overseas.”

“From a coach/management point of view we kept things relaxed and fun.”

“Professionally it has been good to interact more regularly with high performance coaches from the top European nations.”

Before this year in Denmark the National Team Head Coach and the Head Coach of the National Training Centre were one in the same; the two jobs have now been separated and it has been a positive move for everyone involved. It was under this structure that Rollason accepted the National Training Centre job and he has been very happy to have the ability to give his group of swimmers his full attention, “It’s good again to focus my time on just pool deck coach, opposed to my Head Coach role at the AIS where I was playing two roles; managing three squads, one of which was my own, and all the trimmings that go with being a Head Coach.”

Barcelona was the first time that Rollason has been on deck at a major international competition with the Danish team which was a much different experience than being part of the Australian staff, “It allowed me to see the World Championships and the teams involved from a different perspective. I had a lot more time, or so it seemed.”

“I’ve been on Australian teams since 1995 and you are always busy.”

Rollason was extremely pleased with the team’s results and felt there were a few different things that contributed to that success at the competition, “The key was a small team, working as a small team focusing on the individual needs of the swimmers,” said Rollason.

“From a coach/management point of view we kept things relaxed and fun; this contributed to 90% personal bests with nine new national records. If you can get swimmers performing at their best at the major meets you open up your chances of having a successful meet.”

Two Danish athletes that had the great success at the World Championships were Rikke Moeller-Pedersen and Jeanette Ottesen Gray, both of whom are coached by Rollason. Moeller-Pedersen broke the world record in the 200 breaststroke posting a time of 2:19.11 in the semi-finals and went on to collect silver in the same event while Ottesen Gray won the 50 butterfly.

Rollason’s outlook since he has started coaching the two women has been simple, “Quite relaxed,” commented Rollason when describing his approach. “Aiming to get the swimmers to enjoy what they do daily.”

“(I have) just tried to be open, approachable and listen. I think it has gone quite well so far, I am just trying to treat them like people in their mid 20’s.”

When discussing both Moeller-Pedersen and Ottesen Gray’s preparation and development the main changes he has made in their programs have been increasing their training intensity, changing their mental approach to racing and adjusting technical aspects of their strokes.

When working with the two women he makes sure that they are involved in the process when adjusting their technique, “I listen to what they have to say, give them feedback and get them to see what we are doing in training, the reasons behind it and then taking it to the race.”

Rollason was impressed by both athletes throughout their preparation for Barcelona and shared two examples of training sets:

If the first several months are an indication of the influence Rollason can have on the athletes at the National Training Centre the future of swimming in Denmark looks bright.

Danmark got the most bang for its bucks

Thanks for the article, nice to see some more in-depth coverage of European swimmers here!

Mr Rollason has so far had a very good start, in my eyes the two biggest achievements are of course the wonderful results in Barcelona, but also getting Jeanette motivated and committed to continuing to compete until Rio, she seemed rather frustrated and burned out after the Olympics but has said how much she is enjoying the change of training approach with Rollason.

My to do list for him for the next 12 months:

1. Work on transferring Jeanette’s fantastic form in 50 fly to an Olympic discipline. Euro SCs at home in Denmark will be a chance to see how her freestyle is doing… Read more »

I just realised how young both Nielsen and Blume are, b. 1996 and 1994 respectively.

Let’s imagine the future a bit with big ifs, but if these youngsters improve in their respective events under the competent guidance of Mr. Rollason while Ottesen manages to carry her strength in 50’s further on till the 100m mark and RMP, in turn, is successful in enhancing her freshly found speed in the 100m even further, then Denmark may have a chance of medaling in Womens’ medley relay in Kazan or Rio. 🙂

No word about Lotte Friis. Does it mean Lotte is going to continue swimming in Nice, France with Muffat and Bonnet and under Mr. Pellerin?

Yes, Lotte is staying in Nice, she seems to be very much enjoying her life there and says that her change of scenery and trainer coupled with her good results in BCN have given her the impetus to carry on to Rio which like Jeanette was a little doubtful before.

I only didn’t mention Lotte as the article was more concerned with the swimmers training under Shannon Rollason.

Yep, actually, I forgot to add a remark “on article above” to my last paragraph. The author didn’t mention Lotte, that’s what I meant.

Lotte’s got the nice opposition in Nice. They can swim quite similar sets with Muffat and Bonnet which, I assume, wouldn’t be the case with Jeanette or RMP.

Yep, Lotte has often commented in the past how she hated being the only distance swimmer in the group, although she would have Pál to train with now. Can’t blame her for preferring the weather in Nice to Copenhagen though 🙂 I imagine it makes getting up for 7am training during the winter a lot easier!