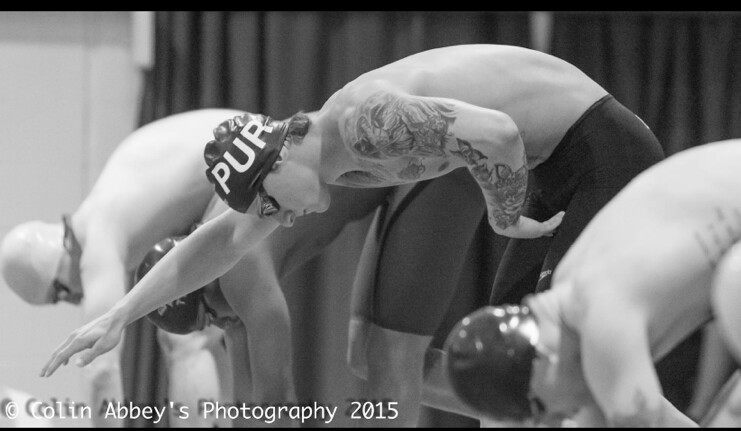 Erik Risolvato, seen here preparing for an Arena Pro Swim Series final in Orlando, is making the move to Phoenix Swim Club to continue his training Current photo via courtesy of Colin Abbey

Watch Zhang Yufei become China’s first-ever female swimmer to get under the 53-second threshold in the 100m freestyle event.

2011’s Junior National Champion in the 50m freestyle, Erik Risolvato, is a swimmer whose name has been in and out of the swimming news over the past few years.  However, the young 21-year-old has decided to recently re-launch his professional sprinting career and has already been seeing positive results with some solid performances at U.S. Nationals, the Central American and Caribbean Games, as well as most recently in the Arena Pro Swim Series stops in Austin and Orlando.  In fact, Risolvato made finals in two of his events while in Orlando, resulting in a seventh-place finish in the 100m butterfly (54.61) and a runner-up result in the men’s 50m freestyle (22.49), a time which is currently tied for ninth in the world rankings.

A change in swimming federations, physical club locations and training methodology are the primary ingredients feeding Risolvato’s ability to produce results to set him up on his road to Rio.  We caught up with the Lima, Ohio native and talked through his previous accomplishments and new perspective, as well met with his current Phoenix Swim Club coach, Herbie Behm, to discover what is making this second swim journey work for the now-rejuvenated tattooed competitor.

Risolvato started swimming competitively back in 2007 in a country club summer league and entered his first competition ever just in 2008.  In 2012 as a junior in high school, Risolvato broke four state records and became the first high school student athlete ever to dip under 20 seconds in the 50y freestyle event in the state of Ohio.  Then, 2011 brought Risolvato the Junior National Champion title in the 50m freestyle and he also competed at that year’s U.S. Olympic trials.  An additional achievement shortly after was his earning third place at the 2012 Junior Pan Pacific Games, also in the 50m freestyle event.

However, as is not uncommon in a sport demanding of one’s time, physical and mental fortitude, not to mention a huge chunk of time, Risolvato decided to take a break from the sport after trials, citing burnout and just overall dissatisfaction with the sport he once loved. He would not touch a pool for nearly a year and a half while he lived in Florida and pursued a “normal”, non-swimmer life.

During this hiatus, he undertook some personal exploration, where Risolvato describes himself as finding God, what he considers his new purpose for his life both in and out of the pool.  This included becoming a first-time father to a young daughter, born last Summer, as well as changing swimming federations to tap into his family’s heritage, now swimming for Puerto Rico internationally.

The Beginnings of a Return

In Spring 2014, Risolvato’s father read up on the exciting training methodology called Ultra Short Race Paced Training (USRPT) and approached his son with the idea of individually coaching him into a comeback of sorts, applying this training program while practicing out of the YMCA in Lima, Ohio.  From May 2014 through December 2014, Risolvato trained exclusively with his father as coach, alternating between Ohio and Florida, focusing strictly on the USRPT method.  This environment served Risolvato well in his tentative comeback efforts, as he saw his 50m freestyle times steadily improve from 23.4 in early July last year to 23.0 and 22.87 at Greensboro Sectionals and Summer Nationals, respectively.

Another Turn in the Road

After seeing old friends on deck at Winter Nats, Risolvato starting feeling the need for yet another change on his road to resurgence, which led to conversations between Risolvato’s father and the coaching staff at Phoenix Swim Club (PSC).  Risolvato does have ties to Arizona, having zeroed in on the University of Arizona as his school of choice, before opting out of Division I college swimming.   According to Risolvato, the swimmers training in the particular group under Coach Herbie Behm were “training and performing at the level where I want to be.”  The workouts followed the “duration and intensity that I’m used to, but in a much warmer place.”  Romanian Alexander Coci and former Arizona All-American and Winter Nationals Champion Giles Smith also train at the Phoenix Swim Club under Behm, although each swimmer trains independently following his own individualized plan.

Refreshingly, both Behm and Risolvato are very forthcoming in describing the duo’s day in/day out training, which is typically highlighted by a weekly schedule of four single-practice days and two double practice days.  No weight lifting or traditional drylands are incorporated into his training regimen, and no equipment is used during the actual in-pool workout, save for the occasional fin set.  For his part, Risolvato describes how he does not worry about getting burned out again; in fact, he says he “loves swimming again. He truly enjoys going to practice”.  He sees himself getting better every day and can easily gauge where he is at on a daily basis.

Although the move to PSC happened rather quickly (decided in less than a couple of weeks), Risolvato seems to have found a good fit in young coach Herbie Behm, who himself had a standout career in the state of Arizona and then at the University of Tennessee.  According to Behm, Risolvato is “one of the most explosive athletes in the water that he has ever coached” and he intends to help his athlete harness and control that power, while keeping technique at the forefront of it all.

He concedes that Risolvato does not have the typical college aerobic work behind him, so his protege is easily over trained; this dictates lighter work involving sets of 25s and 50s using different rest intervals.  It is not true blue USRPT with the exact sets spelled out by its biggest proponent, Dr. Rushall, but the program is very closely based on that approach, identifying a specific speed and increasing the volume at that speed.  Or, conversely, keeping the volume constant while the speed is increased over a set.  Behm sees the sets correlating to Risolvato’s performance and can identify definitive results, making the training more repeatable and understandable for both coach and swimmer while they adapt to one another in the new relationship.

Below are some example sets that Risolvato has performed in recent practices:

Risolvato’s plan is to stay with Phoenix Swim Club for the duration of time leading up to the Pan American Games in Toronto 2015, after which he will assess where he is at and what makes sense for his training’s future.  All signs point to the athlete being on the right track to continue to make big things happen on his own terms.

Note: Erik Risolvato currently has a DreamFuel campaign underway.  Follow Erik at @therealerizzo on Twitter for insight into his training and personal quest.

fascinating, thanks for the story. obviously a guy with immense talent and natural feel for the water.

I’d like to see more insight in the article on how he is supporting his swimming career and his new young daughter. Also curious on his reasoning to drop out of Junior College and any subsequent chance at entering University of Arizona, or was it academic ineligibility? Also, the father appears to have a large amount of influence on the paths his son is choosing. Was his father interviewed? Also, wasn’t Herbie Behm just swimming last year at ASU? He must be brand new to coaching. Good for him!

How many of those type sets does he do per session?

He only does one

That is inaccurate, while it would be rare for 4 such sets to be completed in a single training session, I’ve never heard him report single set training sessions. However they may occur rarely as a pre-meet tune up on or before a travel day.