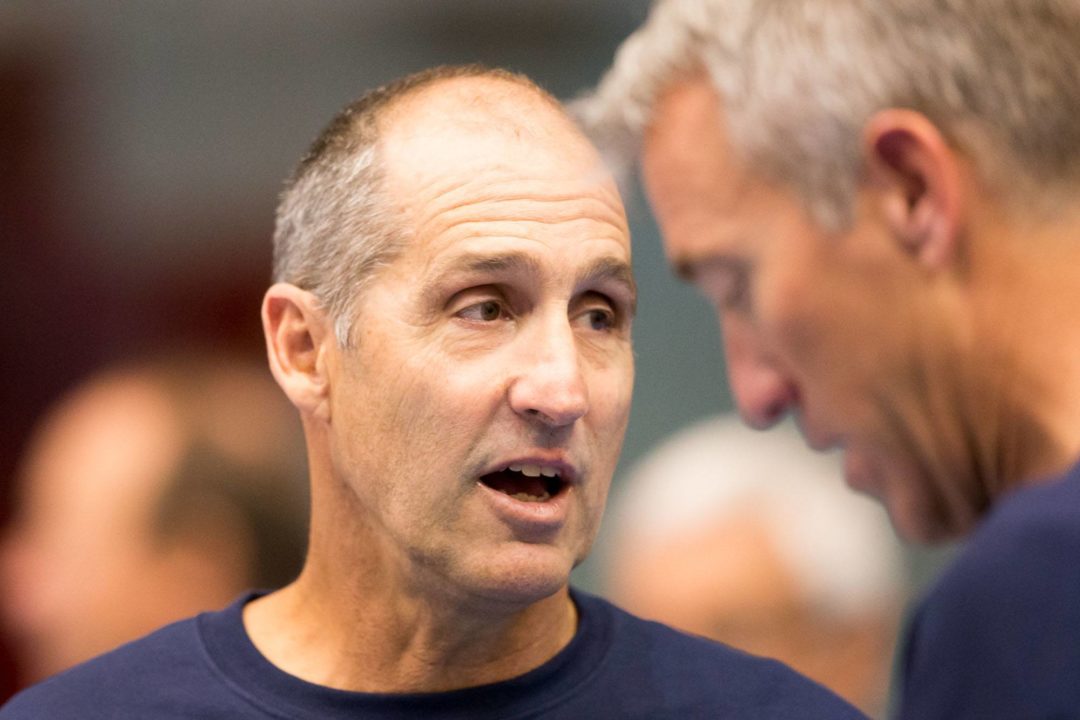 Long-time Arizona assistant will finally get his shot at leading the Wildcats without an interim tag. Archive photo via Tim Binning/TheSwimPictures.com

Longtime Arizona assistant and associate head coach Rick Demont has been named the head coach of the school’s men’s and women’s swimming & diving teams, the school announced on Tuesday, removing his brief title as “interim head coach” after the resignation of Eric Hansen earlier this year.

Demont has been a part of the coaching staff at Arizona for 25 seasons, and has been the driving force for the success of Arizona’s sprint freestyle and stroke sprint groups, and also has worked heavily with their post-graduate program and the likes of Matt Grevers.

“It’s an honor to be named the head swimming and diving coach of such a prestigious program,” said DeMont. “I’ve been completely invested in Arizona swimming since I came here in 1977 to finish my college career. I want to thank Greg Byrne for giving me this opportunity. This is one of the top programs in the country and has been for a number of years and I’m looking forward to the future success I believe we can achieve.”

As a swimmer, DeMont was a former World Record holder in the 400 and 1500 freestyles individually and the 400 freestyle relay. He swam collegiately for two years at Washington and then two years at Arizona, and is a member of the International Swimming Hall of Fame. He’s also in the Arizona Sports Hall of Fame.

“We’re extremely pleased to have someone with Rick DeMont’s credentials involved in our swimming and diving program,” Byrne said. “Rick has been a dedicated Wildcat for over a quarter of a century and he’s earned the opportunity to lead our program. His resume speaks for itself and we know he’ll continue to build on the rich tradition of Arizona swimming.”

DeMont did not get the head coaching spot when Frank Busch left to take over as the USA Swimming National Team Director in the summer of 2011, but will now get his first chance as a head coach.

Well deserved!! Wishing Rick nothing but the best as he moves forward with his program.

And after so many tireless searches, the best solution was sitting in the room. Congrats to U of A on realizing that true leadership is in the supporting role of the Athlete.

I could not be happier with this news. As a parent, I feel blessed that my daughter will continue under Rick’s leadership and the coaching staff as a whole. This Arizona team is cohesive and they work hard! Thrilled to be associated with it! Go Wildcats!