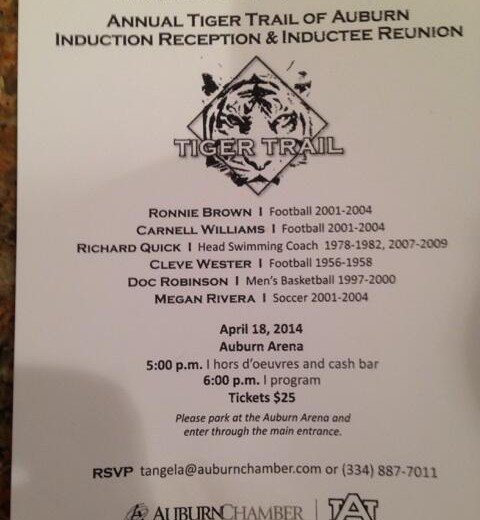 Former Auburn swim coach Richard Quick will be inducted into the Tiger Trail, a prestigious collection of the University's most outstanding coaches, athletes and administrators. Current photo via David Marsh (@dmswimmac) on Twitter

Former Auburn swim coach Richard Quick will be inducted into the Tiger Trail, a prestigious collection of the University’s most outstanding coaches, athletes and administrators.

The Tiger Trail is a joint effort by the Auburn Athletic Department and the Auburn Chamber of Commerce. The induction ceremony will take place beginning at 5:00 PM Eastern Time on Friday night, with Quick and 5 others in the Class of 2014 joining the 114 current Tiger Trail members.

More information on the induction can be found here.