Reece Whitley Posts 1:46 200 IM To Close Out First Meet of the Season 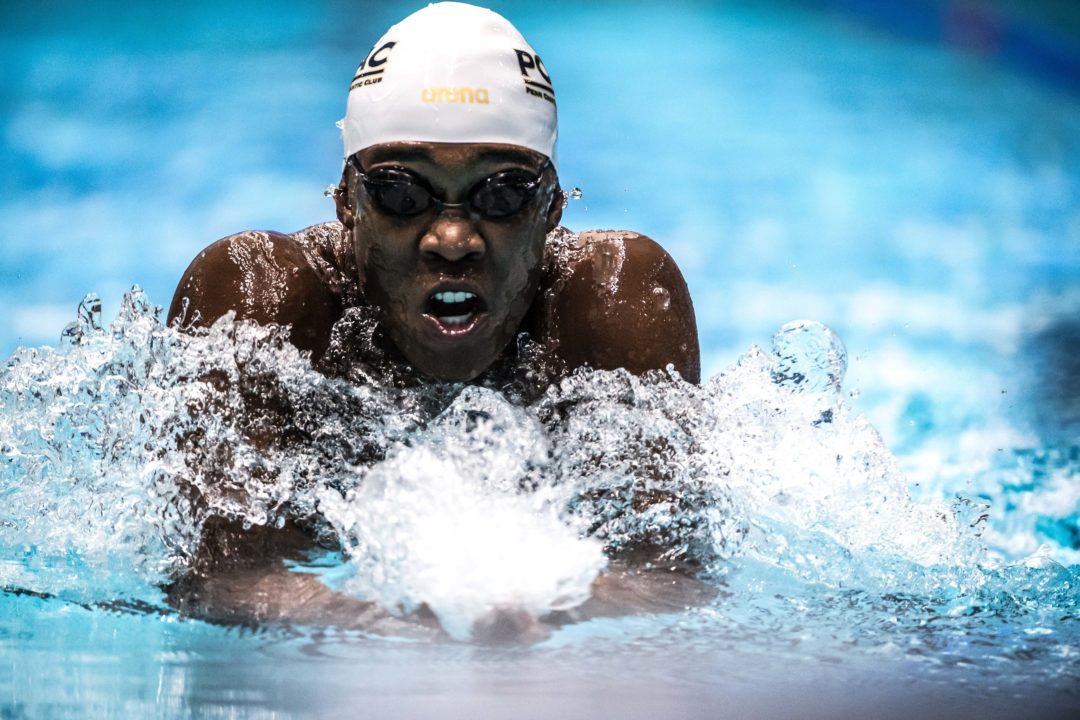 USA Swimming National Junior Team member Reece Whitley finished out his first club meet of the 2017-2018 season, ending with wins in 6 of 7 events over 3 days at the UDAC Rocktoberfest Swim Meet in Fort Washington, Pennsylvania. Whitley, a Cal commit, swims for the Penn Charter Aquatic Club.

Here is a comparison of his splits Sunday vs his best time:

Noticeably, Whitley did not swim the 200 breast at this meet, which is arguably his best event.

this one girl that won the 200 breast dropped 20 seconds!

Reece is an alright swimmer. He is pretty overrated in my opinion, Dont get me wrong 1:46 is pretty average but hes going to have to be better than that if he wants to make a name for himself at the NCAA level

1:46 would be a pretty decent in season time for a dual meet especially if he wasn’t suited for this meet. 1:45 would win most meets in the beginning of the season

Thanks for your input!

Average? The slowest NCAA swimmer is well above average.

Aww, Swim Coach, have you ever done a 1:46 in October, as a high school senior? If so, I’ll shut my mouth, but a 1:46 as a high school senior… period is fast, but let alone in October, and after coming back from a little taper while competing on the junior nats team is pretty quick. Remember, he just started his senior year, also his :52 in the 1BR in October would have gotten a second swim at NC’s, and that’s not even his main event. So he’s very far from average, but respect if you can do that.