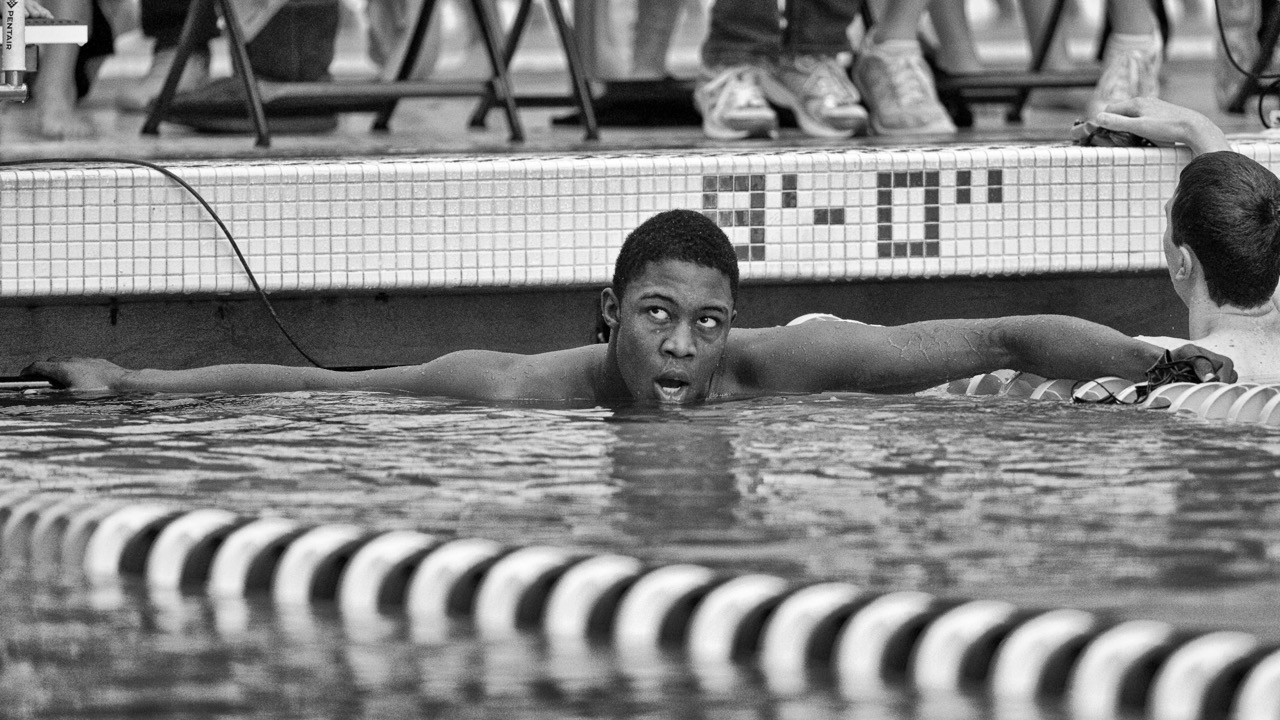 14-year-old Reece Whitley has taken another chunk off the 13-14 National Age Group record in the 100 breast, going 53.06 in the final after first breaking the mark in prelims. Archive photo via Rafael Domeyko, RafaelDomeyko.com 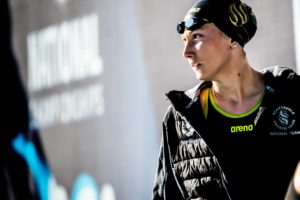 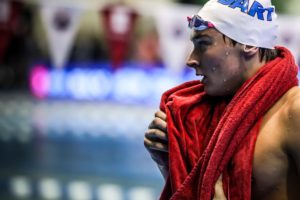 14-year-old Reece Whitley has taken another chunk off the 13-14 National Age Group record in the 100 breast, going 53.06 in the final after first breaking the mark in prelims.

Whitley, who had been 55.0 prior to this meet, broke the 55- and 54-second barriers in one fell swoop this morning, going 53.84. But at night, he dropped another eight tenths to put the record right on the cusp of a 52-second swim.

Whitley was faster in both the front and back half at night, and by similar margins in each. Here’s a splits comparison from his prelims record-breaking swim to his finals one:

Whitley is an imposing presence at age 14, standing at least 6’6″.* He’s one of several breaststrokers torching the record books in their respective age groups – one year older than Whitley is Michael Andrew, who held this record before Whitley did. Whitley will age up next month and join Andrew in the 15-16 division. Meanwhile 12-year-old Ethan Dang has been tearing up the breaststroke NAGs one age group down – Dang just broke Whitley’s 11-12 record in the 100 breast just last weekend.

Whitley swims for Penn Charter Aquatic Club. We profiled his training earlier this year, and you can read that piece here.

*Whitley’s coach, Chrystal Keelan, told us Whitley was 6’6″ back in June. Various commenters have speculated that Whitley is as tall as 6’8″, which is possible, as Keelan suggested the 14-year-old could still be growing to his full height.

Hopefully he will not be drafted in NBA next year.

Wow– as a freshaman Whitley is right on the national high school record marks-(53.08 & 52.92) – he should be able to take these down in February at Easterns!