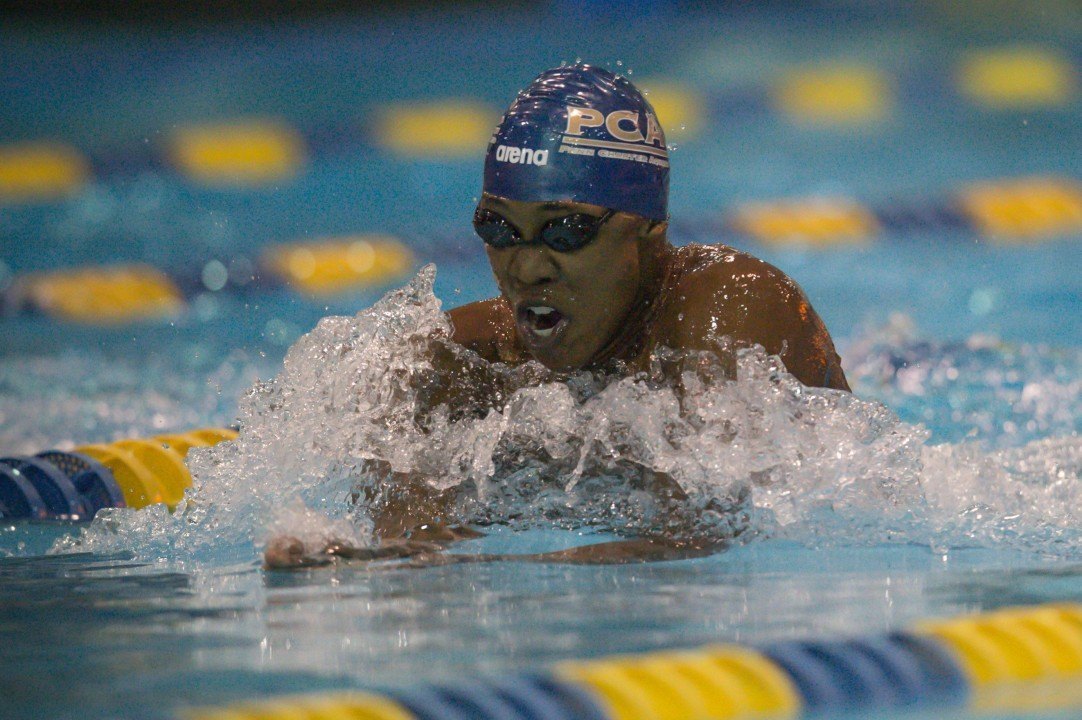 Penn Charter Aquatic Club’s Reece Whitley has etched his name into the 15-16 NAG record book in short course yards for the first time, going 1:53.66 to wipe out the 200 breaststroke record.

Whitley swam this weekend at the Nation’s Capital Swim Club (NCAP) Invite at the University of Maryland. He narrowly missed the 100 breast NAG record on Friday – Whitley swam under the old record time, but his age group rival Michael Andrew had already lowered the mark at West Winter Junior Championships in Austin, Texas.

This comes as a huge drop for Whitley, with his previous career-best being the 1:55.44 he set last spring.

Seliskar, of course, was the #1 high school recruit in the nation last year, and is currently competing for the California Golden Bears of the NCAA.

Whitley still has just over a year in the age group – he’ll turn 16 years old in the next month, and will have the full remainder of the year to lower this record further and perhaps challenge for the 100 record once again.