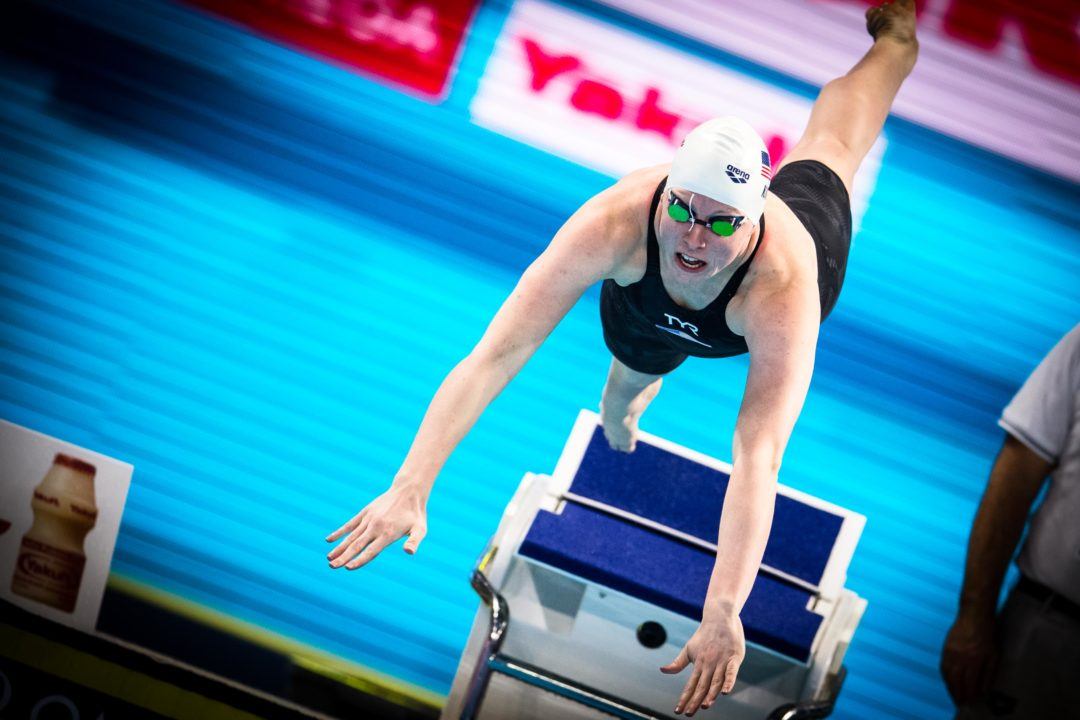 Multiple records fell tonight in the women’s 4×100 medley relay, with the American women setting a new Championship Record in 3:47.89 and the Canadians a new National Record in 3:48.87. The Americans won gold and Canada took silver.

Swimming for USA was Ali DeLoof, Lilly King, Kelsi Worrell and Mallory Comerford, and swimming for Canada was Kylie Masse, Rachel Nicol, Katerine Savard and Penny Oleksiak. Notably, Worrell swam the race just minutes after getting into a collision in the warm-down pool that required stitches. Her split of 55.48 on fly was the 2nd fastest in the field.

Wow, every relay gold medal on the women’s side went to a North American athlete, but only half went to the US! I doubt that’s happened before!