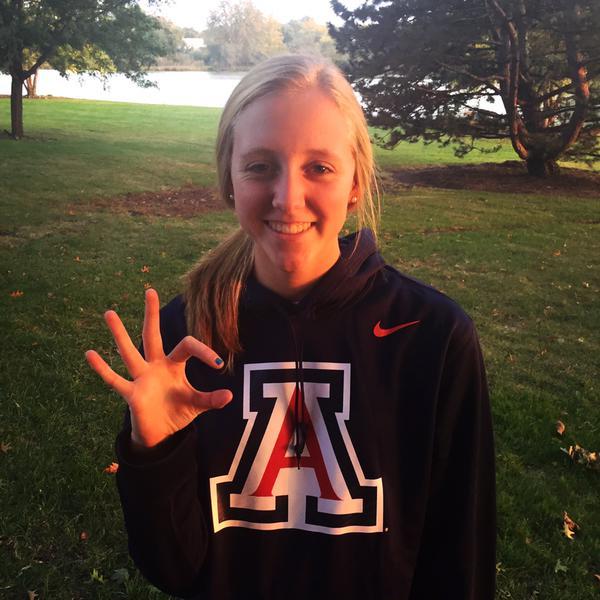 With the majority of the next two months largely dedicated to U.S. Olympic Trials and the Olympic Games in Rio, and July 1st knocking on the door, we’re overdue to examine last year’s recruiting season, and rank the top 12 incoming classes, beginning today with #9-12 for the women.  We’ll finish this series over the next week, with a new set of four teams published on each weekday.

Here are the 9th-through-12th-ranked Women’s NCAA Swimming & Diving classes (plus some honorable mentions), with the top 8 to follow Monday and Tuesday of next week:

The Gators class of twelve women is the largest in our rankings, and it couldn’t have come at a better time.  With the graduation of Natalie Hinds, Jessica Thielmann, and Kahlia Warner, the Gators will return just three individual NCAA points from last season.  Luckily, this group brings a little bit of everything, beginning with Savanna Faulconer, the 12th-ranked recruit from our rankings last summer.  Faulconer is a top-flight IMer and breaststroker who has a career best in the 400 IM (4:08.6) that would have scored at NCAA’s, and a 200 breast (2:10.8) that is nearly top eight caliber at SEC’s.

From a funding perspective, the Duke program could still be considered in its infancy; the athletic department bumped women’s swimming from two scholarships to a fully-funded 14.1 just three years ago.  The Blue Devils haven’t wasted time in acquiring some solid talent, but this year’s class may be their best one yet.  Most importantly, the focus of this group of six is the events that matter most at the NCAA level: sprint freestyle.

The class is led by Alyssa Marsh, a multi-event Olympic Trial qualifier and National Age Group record holder in her time at SwimMAC Carolina.  While there was early speculation she could end up at Auburn, where her father David became one of the most successful NCAA swim coaches in history, Alyssa elected to stay closer to home and provide a big boost to the up-and-coming Blue Devils. Marsh will immediately be the fastest or second-fastest Blue Devil in each of her three best events, bringing in lifetime bests of 22.5/48.8 in the 50/100 free, as well as a 52.9 100 fly.

Duke is returning the three fastest members of both sprint freestyle relays (including Maddie Hess, who had a breakout freshman season), and the addition of Marsh and company gives the Blue Devils a group that can get in the mix for top three finishes at ACC’s down the line.

We can’t blame you if seeing the Wildcats in our top twelve seems puzzling; the Wildcats are far from a swimming power historically.  That being said, they’ve made serious progress in the ultra-competitive SEC under coach Lars Jorgensen’s first few seasons.  Throw in a class that includes a pair of top 20 recruits and a much-needed breaststroke upgrade, and the future looks bright.

First up is Ali Galyer, our #16 recruit and younger sister of Kentucky star / NCAA champion Danielle Galyer.  Backstroke excellence runs in the family, but Ali, who holds career bests of 53.2/1:53.7, is lightyears ahead of where Danielle was coming into school (55.7/1:59.4).  She doubles as a solid freestylers (50.0/1:48.0), as well, capable of jumping on Wildcat free relays right away.

Joining Galyer is Asia Seidt, the 19th-ranked recruit in our class, who has had a superb senior year.  In addition to matching/surpassing Galyer in the backstrokes (52.6/1:53.8), she has also posted 52.8/1:57.1 butterflies and 1:56.8/4:11.8 IMs, giving the Kentucky coaching staff a plethora of event options for the Louisville native.

Breaststroker Madison Winstead is the final big piece of this class.  Coming in as a 1:00.4 and 2:13.2 swimmer, Winstead is easily the fastest 100 swimmer on the roster, and just behind rising junior Ann Davies in the 200.  Having Winstead on the breaststroke leg–combined with an NCAA champion leading off and a 52.8 incoming freshman flyer–gives the Wildcats an extremely competitive first three legs of a medley relay.

The Wildcats raised some eyebrows last season, outperforming expectations to finish 12th at NCAA’s, despite having one of the country’s youngest squads.  Throw these six swimmers–including three likely top-20’s if we were to re-do our rankings today–in the mix, and Arizona has a recipe to make its way back into the top 6 at NCAA’s.

Next is Hannah Cox, a World Junior Championships bronze medalist who has burst onto the scene over the last 12 months, turning in some incredible times last summer before dropping a 1:44.7/4:37.8 in the 200/500 freestyles this past season.  Both of those time scored at NCAA’s this past season, with the 500 good for a 6th place finish.  She’s also an excellent IMer (2:00.2/4:11.6), giving Rick Demont lineup flexibility throughout the dual meet and championship season.

That leaves Kennedy Lohman.  At 1:00.1/2:10.9 in the 100/200 breaststroke, Lohman would have scored at NCAA’s in the 100 last season, and finished in the top 30 in the 200.  She arrives just as All-American Emma Schoettemer is leaving, opening up a spot on Arizona’s top-8 medley relays for the incoming freshman.  She will have fellow freshman Mallory Korenwinder (1:01.1) to train alongside her next year.

Sorry, but I don’t see your math on Arizona. They finished 15th in 2015 with 99.5 points, added the #3 recruiting class according to SwimSwam and only added 20.5 points to finish 12th. So now the #9 recruiting class for 2016 is somehow going to result in 70 to 120 points (it’s taken anywhere from 190 to 244 points the last 3 years for 6th) to their total for a top 6 finish? They only had 3 in individual swims at NCAA’s that dropped time from seed (Ochtiwa in 100fly final, Schoettemer in both heats of 200 breast). Not buying it, the recent results don’t match the hype.

Maybe I should have specified… wasn’t implying it was going to happen this coming season (in fact, I’d place a lot of money on it NOT happening this season). Point was that they now have two strong classes to get them back to where they were for so many years before things crumbled a bit.

Just an extra note for Arizona – Freestyle sprinter Morgan Ginnis has transferred there from New Mexico. She’ll be a junior in the fall

Kentucky on the rise. I was not aware that Danielle was so pedestrian out of HS. For her to win the NCAA title says great things about her, Coach Jorgensen and the Big Blue Kat Family.