Purdy, Davey, and Strouse Double Up on Day 2 at Rochester Sectionals 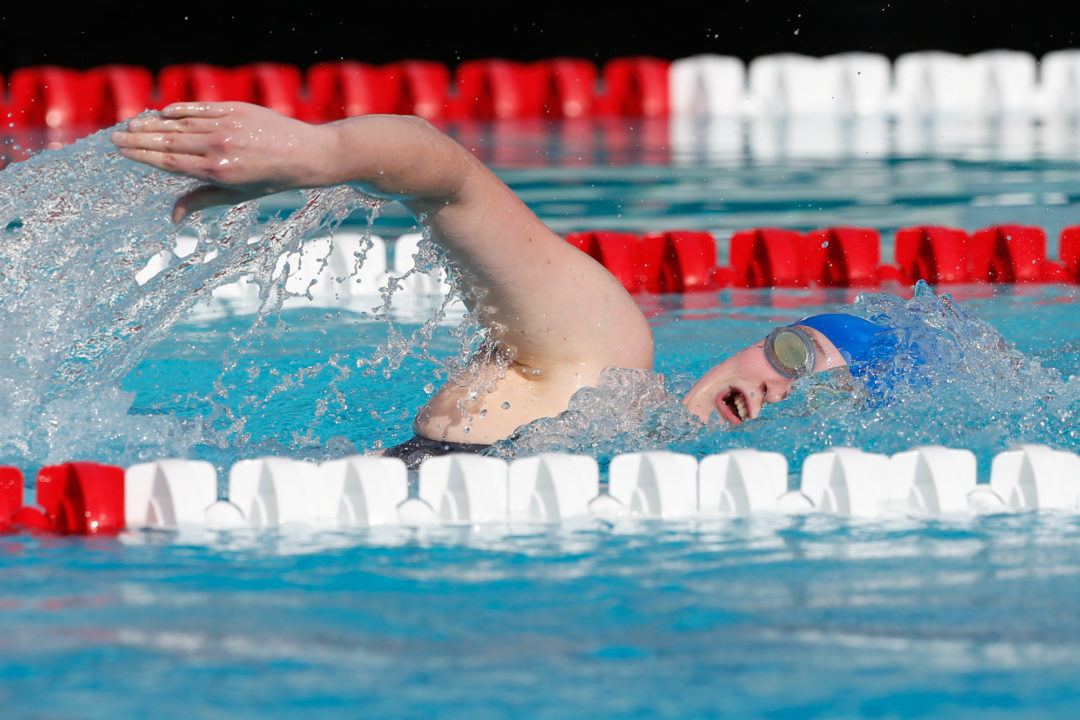 A best time in the 200 IM was part of 2 wins for Gillian Davey (above) on Friday at the 2019 Rochester Sectional Championships Archive photo via Tim Binning/TheSwimPictures.com

Olympian Melanie Margalis won the 400 IM at the San Antonio Pro Swim Series by splitting the race 2:19 on the fly and back, and 2:18 on the breast and free.

After a big relay split on Thursday evening in the 800 free relay, 15-year old Natalie Mannion of the Commonwealth Current added an individual win to her tally on Friday evening in Rochester, Minnesota. Already an Olympic Trials qualifier in January at age 14 in the 100 backstroke, Mannion swam a 1:03.18 in the final of the same event on Friday to win the Ssectionals title.

That’s her fastest time since turning 15, though her January swim of 1:02.30 is still her personal best.

Mannion also placed 2nd in the 400 free on Friday, swimming a 4:22.10. That’s a best time by 2.75 seconds (over a time done at the same January meet as her backstroke). That race was won by Ashley Strouse of the Scottsdale Aquatic Club in Arizona in 4:15.75. It was a big best time by Strouse as well: her previous fastest swim was a 4:17.1 done at her summer Sectionals meet last summer. Strouse won’t swim at the NCSA Junior National Championships next weekend – in spite of last year earning a spot on the NCSA junior team that traveled to compete in Ireland.

Later in the session, Strouse showed off her range by winning the 100 free in 57.36, though this time she was short of her lifetime best. Unsurprisingly given her 400 time, she had the fastest closing 50 of the field in the 100.

On the boys’ side of the racing, the biggest performer was Ryan Purdy of the Glenview Swim Club. The Iowa commit, to this point of his career, has been a much better short course swimmer than long course swimmer, but this meet is lining out as his long course breakthrough. He won the 100 back in 57.37, which cut 1.7 seconds off his previous lifetime best; and a 2:07.07 in the 200 IM, which cut nearly 6 seconds off his previous lifetime best. That 100 back swim is 8-tenths short of the Olympic Trials qualifying standard.