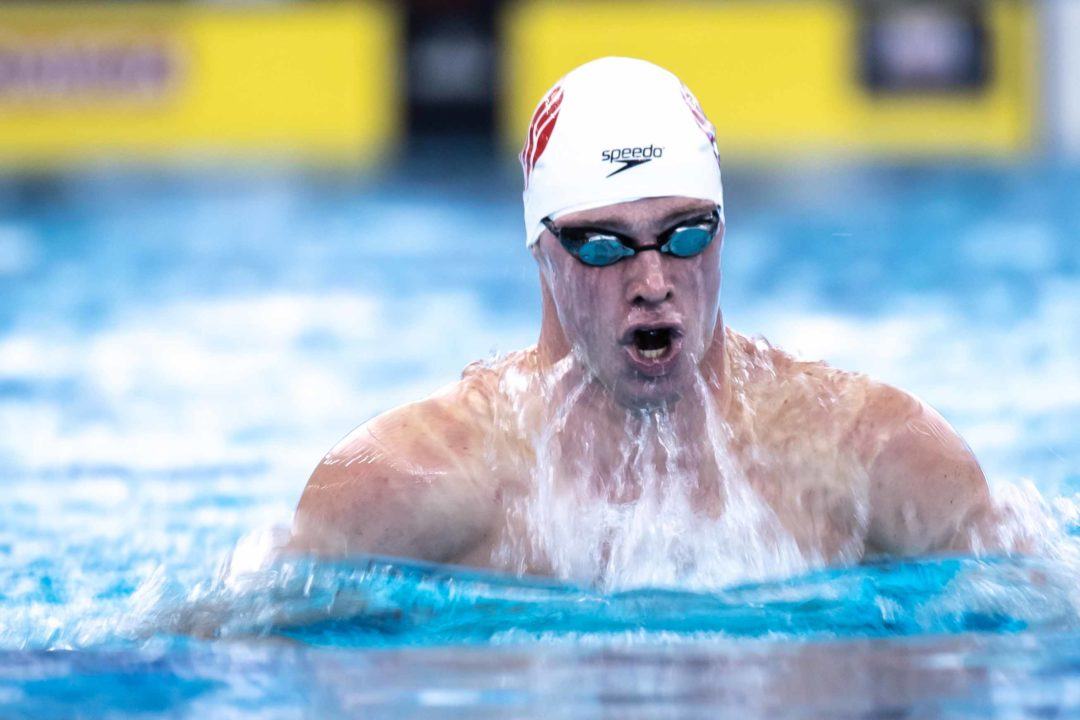 2016 U.S. Olympian Kevin Cordes is among the pros who will race at the 2019 4 Corners Sectional this weekend. Archive photo via Mike Lewis/Ola Vista Photography

Among the entrants to the meet is 16-year old Ashley Strouse of the Scottsdale Aquatic Club. Last week, she and many of her SAC teammates were in Rochester, Minnesota (where highs were 30 degrees and the swimming was indoors). They’ve returned home to a very different environment and are now scheduled to swim in their native sectional championship this weekend outdoors, with highs in the 80s, and in a short courses pool.

A group of pros and collegiate post-grads speckle the psych sheets as well. That includes Egyptian National Teamer Youssef Elkamash and US National Teamer Kevin Cordes, who are the top 2 seeds in the men’s 100 breaststroke. Giles Smith will also be at the meet, racing the 50 free, 100 free, and 100 fly; in those sprint freestyles, he’ll face, among others, Douglas Erasmus and Brad Tandy from South Africa and Mazen Elkamash: another Egyptian, and the top seed in the 100.

Check out 15year old from Zachary Ian Tan from Singapore under PSC in the pysch sheet.