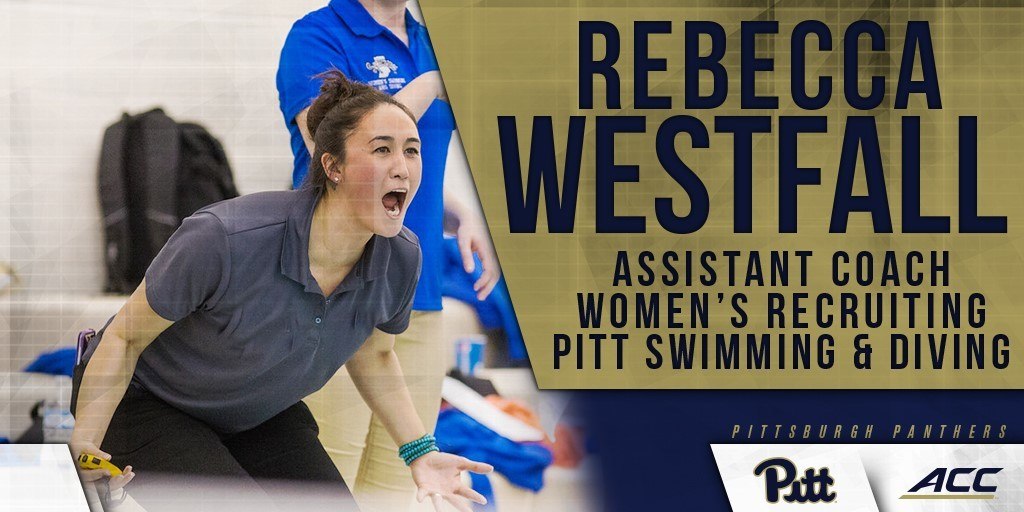 Interestingly, one of the teams that doesn’t have any 5th years this season is the defending women’s NCAA champions Virginia.

Jon VanZandt’s commitment photo announcement to Auburn swimming & diving as a member of their class of 2026 was a big flex. Literally.

Former Johns Hopkins swimmer Mikayla Bisignani is one of nine finalists for the 2021 NCAA Woman of the Year award, which will be awarded on November 9.

The Pitt swimming & diving program has named Rebecca Westfall as new assistant swimming coach and director of women’s recruiting, head coach John Hargis announced Wednesday. Westfall replaces Sarah Dunleavy, who left the program at the end of July to take over as the assistant coach for the NCAA runner-up Cal Golden Bears.

Westfall comes to Pitt from Indiana State, where she spent last season with Indiana State and the two before that with UNC Asheville. She also spent two seasons with independent Warren Wilson College and one season as interim head coach and aquatics director at NCAA Division III Emory & Henry College. She also spent 2 years as the head coach at Adams State College in Colorado.

Westfall, who has contributed a series of articles on kinetic energy and movement to SwimSwam in the past, swam collegiately at Texas A&M (under her maiden name Rebecca Sturdy). There, she was an 8-time All-American, 9-time Big 12 Champion, and was the 2004 Big 12 Newcomer of the Year.

“I’m exceptionally honored to become a member of the Panther swimming & diving family,” said Westfall. “I would like to thank Coach John Hargis, the coaching staff and administration at Pitt for giving me the opportunity to help impact a program with so much potential. I’m excited to work with and recruit student-athletes of such high caliber and to help build Pitt swimming & Diving into a force in the ACC. Hail to Pitt!”

She also spent a year as a student assistant coach in her 5th year at Texas A&M.

Indiana State had their 2nd competitive season of varsity swimming in Westfall’s one season there. They finished 7th out of 7 teams at the Missouri Valley Conference championships.

Last season the Pitt women finished 9th out of 12 swimming & diving teams at the ACC Championships (13 total), while the Pitt men finished 10th out of 11 swimming & diving teams (12 total). The team sent 3 swimmers and a diver to the NCAA Championships, including rising seniors Lina Rathsack, Meme Sharp, and Amanda Richey, and scored 4 points when Rathsack finished 13th in the 100 breaststroke. The men qualified 1 diver for the national championship meet, senior Dominic Giordano, scoring 8 points for a 34th-place finish.

Correction: Indiana state has only had 1 competitive season and it was the one in which she was there