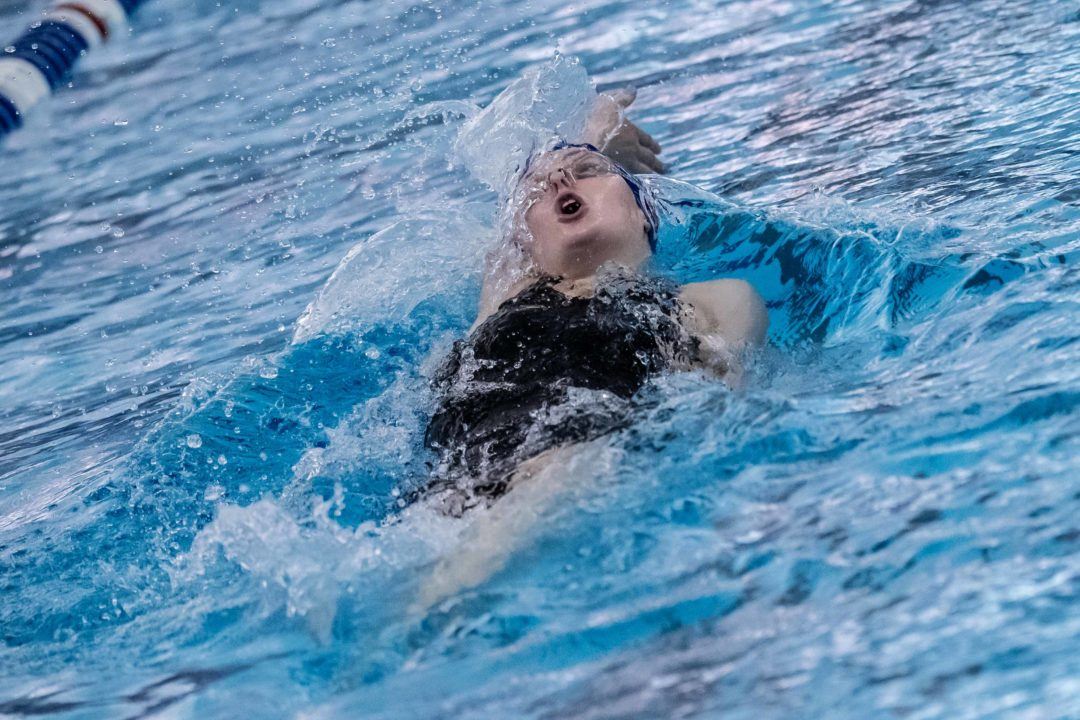 After winning the U.S. Open title last weekend in long course, Phoebe Bacon swam a lifetime best in short course on Saturday at the NCAP Invite.

The 200 butterfly races were the highlights of Saturday’s racing at the 2019 NCAP Invitational. In the boys’ final, Landon Gentry of the hosts NCAP swam a 1:46.06. Not only was that a lifetime best by almost 3 seconds, but it’s the 5th-best time for a 15-year old boy in USA Swimming history.

The time also jumps him to 20th-place all-time in the 15-16 age group rankings, even though he’s in the front-half of the age group. Gentry doesn’t age up until May, either, which means that he will have at least one more taper meet, at the NCSA Spring Junior National Championships, in March before even turning 16.

Gentry’s jump in short course follows a good swim in the 200 fly in long course last week at the U.S. Open. There he swam 2:01.30, but was disqualified for a 15 meter violation, so he doesn’t yet have an Olympic Trials standard in the race.

The 2nd-fastest 200 fly of the day actually came out of the 13-14 age group final, where Long Island Aquatic Club’s Tess Howley swam a 1:55.59. That’s three-tenths of a second away from her National Age Group Record of 1:55.29 set in March at NCSAs.

Phoebe Bacon, after placing 2nd behind Huske int he 50 free, won her specialty race the 100 back in 50.70 on Saturday. Bacon, who last week won the U.S. Open title in the 100 back in this race in long course, dropped .48 seconds from her previous best swim in that event. She has jumped, among others, Kathleen Baker, Missy Franklin, and Katharine Berkoff to now rank 5th all-time in the 17-18 age group (even as a 17-year old).

Other Notable Results from Saturday:

Impressive. She could probably move up in age group rankings at NCAAs next year too