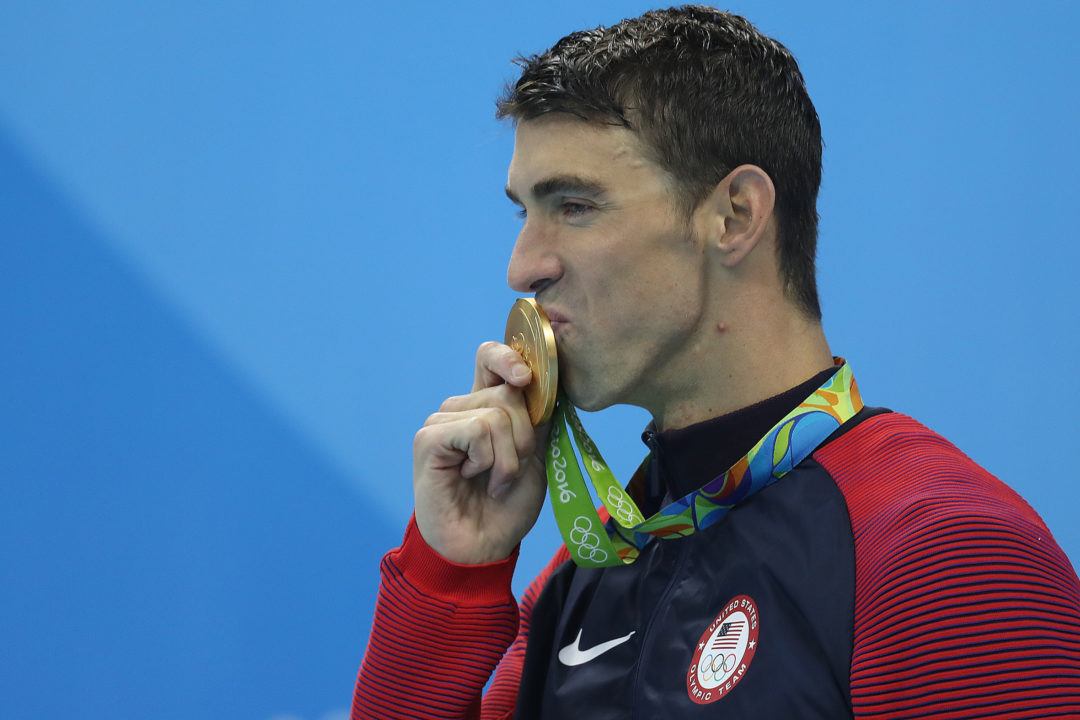 Check out the swimmers among this year's ESPY nominees...hint, one is known as the GOAT. Archive photo via Satiro Sodre/SS Press

The 2017 ESPY nominations have been revealed, with high-profile swimmers among the list of athletes recognized by the sports media network ESPN. After having missed out on the Best Female Athlete recognition last year despite her performance at the 2015 World Championships and the fact she set two world records that year, American freestyle gold medalist and world record holder Katie Ledecky is among the nominees for the same honor for 2017.

Ledecky is also nominated within the Best Female U.S. Olympic Athlete category, along with a familiar face in the form of Simone Manuel. Manuel surprised everyone, herself included, when she tied Canadian teen Penny Oleksiak for gold in the women’s 100m freestyle race, one of the most thrilling of the entire Rio Olympics. She also earned silver in the 50m freestyle sprint, while contributing big-time to the U.S. women’s 4x100m medley gold medal-winning and 4x100m freestyle silver medal-winning relays.

The most decorated Olympian of all-time is also nominated across two categories as the male counterpart to Ledecky. Up for Best Male Athlete and Best U.S. Olympic Athlete, Michael Phelps‘ record speaks for itself. The world cheered along with the GOAT as he earned his 23rd Olympic gold medal in Rio at the age of 31. His feat is also nominated as ‘Best Record-Breaking Performance.’

But Phelps isn’t the only U.S. Olympic male among the nominees, as Cal stud Ryan Murphy made the grade in the Best U.S. Olympic Athlete category as well. Murphy rocked 3 golds in Rio, collecting the top prize individually in the 100m and 200m backstroke races, as well as a member of the 4x100m medley relay. During his lead-off on that relay, Murphy took down one of the most respected world records by surpassing Aaron Peirsol’s 51.94 from 2009 with a new WR time of 51.85.

Finally, on the international front, Hungary’s Iron Lady is nominated for Best International Athlete. Katinka Hosszu secured 3 gold medals in Rio, earning wins in the women’s 100m backstroke, 200m IM and 400m IM, while also earning silver in the 200m backstroke race. She cracked a new world record in the 400m IM in a time of 4:26.36, overtaking the once-though-unbreakable record of Yi Shiwen at 4:38.43.

Fans can vote for their favorite nominees on ESPN’s website, while the awards show will be broadcast at 8pm ET on July 12th on the ABC network.

Ledecky against Biles, Serena and Candace Parker. Should be Ledecky or biles winning. I think it will be Biles.