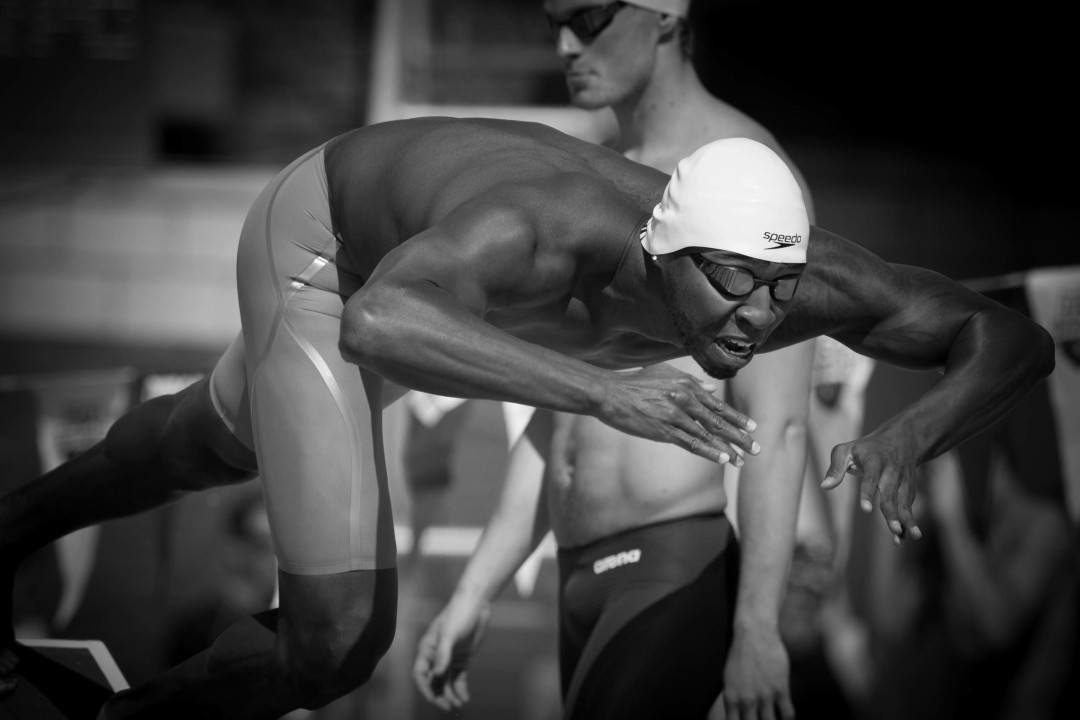 American sprinter Cullen Jones is typically known for his all-star freestyle, the stroke that earned him an Olympic silver medal at the 2012 Olympic Games. However, now at 33 years of age, Jones is possibly branching out a bit, trying his hand at butterfly at a recent meet near his Wolfpack Elite training base.

While competing at this year’s TYR Triangle Classic Meet in Cary, North Carolina, Jones wielded a new personal best time in the men’s 100m butterfly, touching in a mark of 53.20 in the morning prelims. That crushed his previous career-best of 54.77 clocked way back at the 2012 Charlotte UltraSwim and also registers as a new pool record. His most recent 100m butterfly outing was at 2015 Arena Pro Swim in Charlotte, where his performance rendered a mark of 54.93.

Although his time doesn’t check-in higher than 77th on the FINA world rankings, the fact that the seasoned veteran was able to score a major time drop just days away from the U.S. World Trials shows possible promising speed for his 50m freestyle.

The 2017 ACC  Most Valuable Female Swimmer, Alexia Zevnik, was also out in full force at the meet, representing Wolfpack Elite as she churned out 3 new pool records. The versatile Canadian clocked a speedy 54.98 to win the women’s 100m freestyle, notching a sub-55 second performance for just the 2nd time in her career. She also took wins in the 100m backstroke, earning a time of 1:00.24, a new personal best. A mark of 1:02.95 characterized her 100m butterfly swim, another personal best for the Quebec native.

Snipe? Dude has a ton of relay medals. If he makes the team summer would it be a total shock to any of us? How many times have we written him off and then he surprises? Not like he is coming out of nowhere, he had a third place finish at trials only 12 months ago!

Ahh I missed that. I was counting World’s, Pan Pacs and Olympics

True but Pan Am games is the lowest of prestige and the easiest to qualify for in terms of international meets. The ranking from least to most important is Pan Ams, Pan Pacs, SC Worlds, World Championships, Olympics

I would switch Pan Pacs and SC world’s in this order. It’s super rare for a US swimmer to decline a Pan Pac invite since it occurs in the middle of the quad and doesn’t overlap with other events. People like Phelps and Ledecky decline short course worlds frequently because it comes at an awkward point in the training schedule, so I believe that’s an easier meet to qualify for.

I’d generally agree, except SC Worlds in immediate post-Olympic years. Not many U.S. stars went this past year, far fewer than the typical Pan Pacs, or for that matter, about on par with Pan Ams.

i dont feel he has any chance against the young guns – who will surely be hungry to make it into the relay .

I would be shocked if he made the team.

I don’t think anyone is betting on him to make the team but you, dude has been way out of it in 100 freestyle for a long time he does have a slight chance in the 50 though.