Phelps And Johnson Married Since June 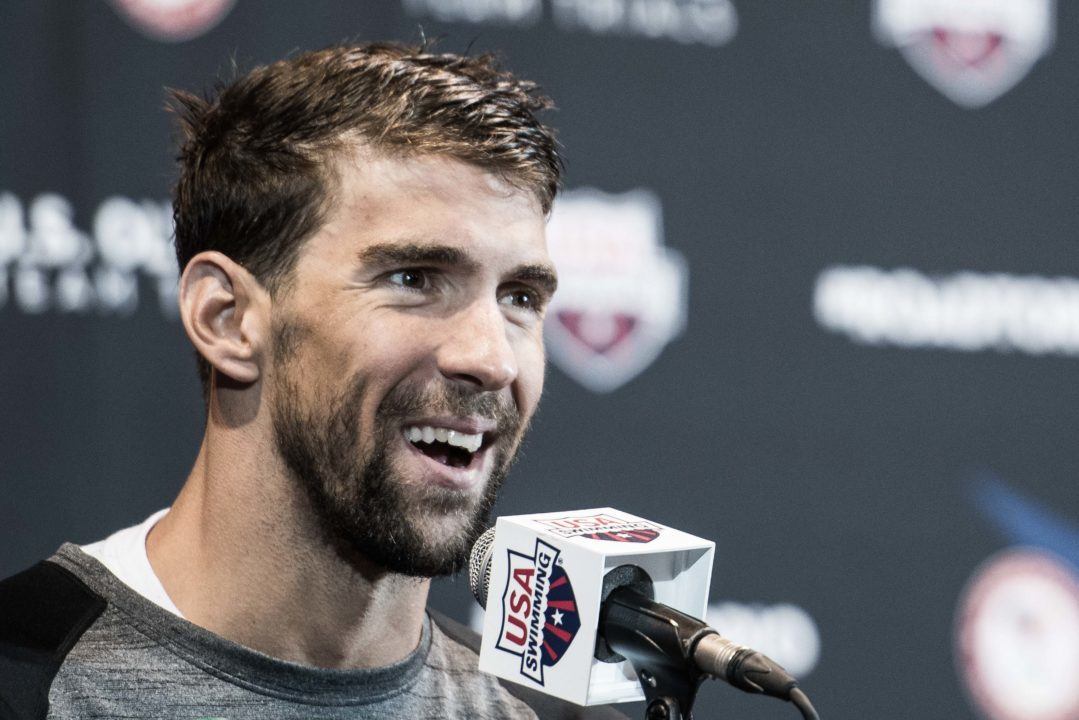 Michael Phelps and Nicole Johnson have actually been married since June 2016, according to reports. Archive photo via Mike Lewis/Ola Vista Photography

Despite still calling Nicole Johnson his fiancée in various post-Olympic interviews, it turns out Michael Phelps and the former Miss California have actually been married since June 2016, according to several American news outlets.

The Arizona Republic posted a copy of a marriage license that shows Phelps and Johnson indeed tied the knot at a private ceremony in Paradise Valley, Arizona. The ceremony took place on June 13th and was reportedly officiated by Peter Carlisle, Phelps’ long-time agent.

Regarding their marriage plans, back in August, Johnson was quoted by “Access Hollywood” as saying, “We have a date. It’ll be small and intimate for the wedding, and then we’re throwing a massive bash for everyone in the States. We’re kind of getting things rolling. I’ve been planning as we’ve been leading up to this. I think I have the wedding in order and now it’s on to the party for the fun!”

Phelps, who clinched his 23rd Olympic gold medal in Rio before retiring from a storied career, proposed to Johnson back in February of last year. The pair had reportedly been on-and-off again since 2007, before Phelps’ fame really exploded with his 8-for-8 Olympic gold medal performance in Beijing, and before Johnson competed in the Miss USA national finals.

The couple’s son, Boomer Phelps, was born on May 5th.

Congrats to the happy couple.

How, and where, exactly, did he clench his 23rd gold medal? Sounds like that might be a tad uncomfortable.

Its ok i dont get it either man

one clinches a medal, one clenches their butt.

Originally, the article read that he “clenched” his 23rd gold medal. They changed it.