Penn State Picks Up 2022 Commitment from Andrew Christensen of Florida 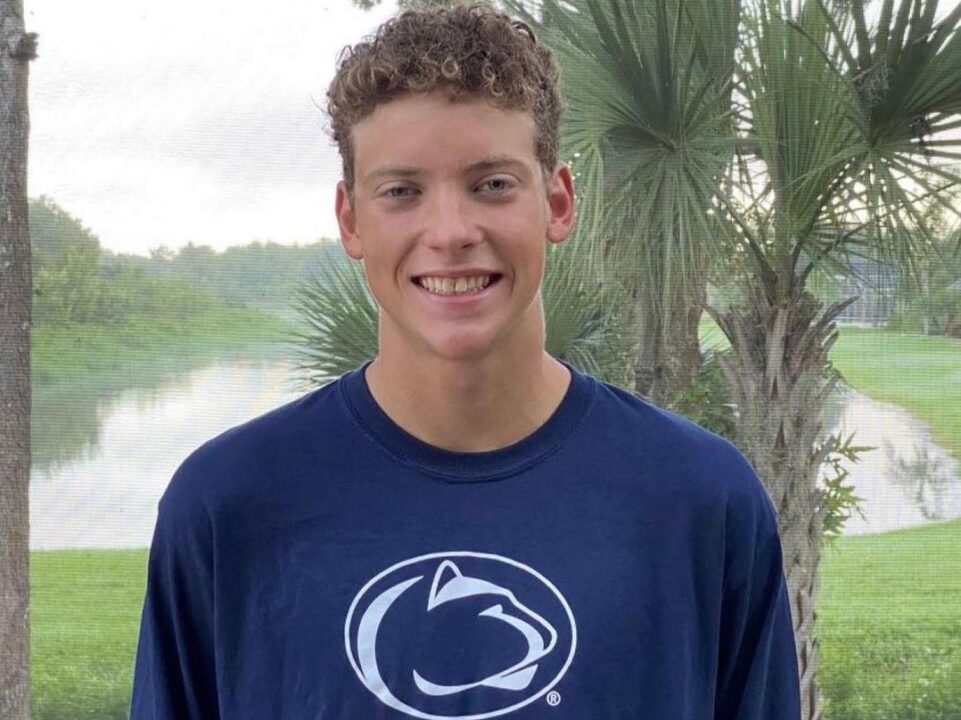 Heading North from his hometown of Oviedo, Florida, Christensen will bring distance and IM talent to the Nittany Lions next fall.

A versatile IM and distance freestyle swimmer, Andrew Christensen has announced that he will be heading north from his hometown of Oviedo, Florida next fall to join the Penn State Nittany Lions as part of their class of 2026. Christensen currently swims with the Blue Dolfins swim team as well as for Oviedo High School.

Over the summer, Christensen earned four finals swims while competing at the Futures Championship in Huntsville. His best finish came while competing in the 400 IM, where he finished in 7th during finals with a time of 4:32.80. During prelims he was slightly faster, having recorded a time of 4:32.06. Both of those times were fast enough to dip below the Junior Nationals cut.

When he gets to campus next fall, Christensen will bring in times that will provide the Nittany Lions with depth in a multitude of events. Last season, he would have been near the team’s top group of swimmers in the 1650 and 400 IM, and not too much farther off from the team’s best in the 500 free and 200 IM.

At the 2021 Big-10 Swimming and Diving Championships, Penn State placed two swimmers into the A-final of the 400 IM, with Michael Daly taking first and Will Lulek grabbing third. Both athletes are currently seniors on the team.

While the 400 IM was a strong point for the team, the Nittany Lions struggled in the 1650, with Sam Rennard‘s 23rd place finish bringing in the only points in the race. Rennard was only a sophomore at the time, giving him one year of overlap with Christensen in 2022-23.

Christensen will be joined by Justin Schneider and Ryan McNutt as members of the class of 2026.