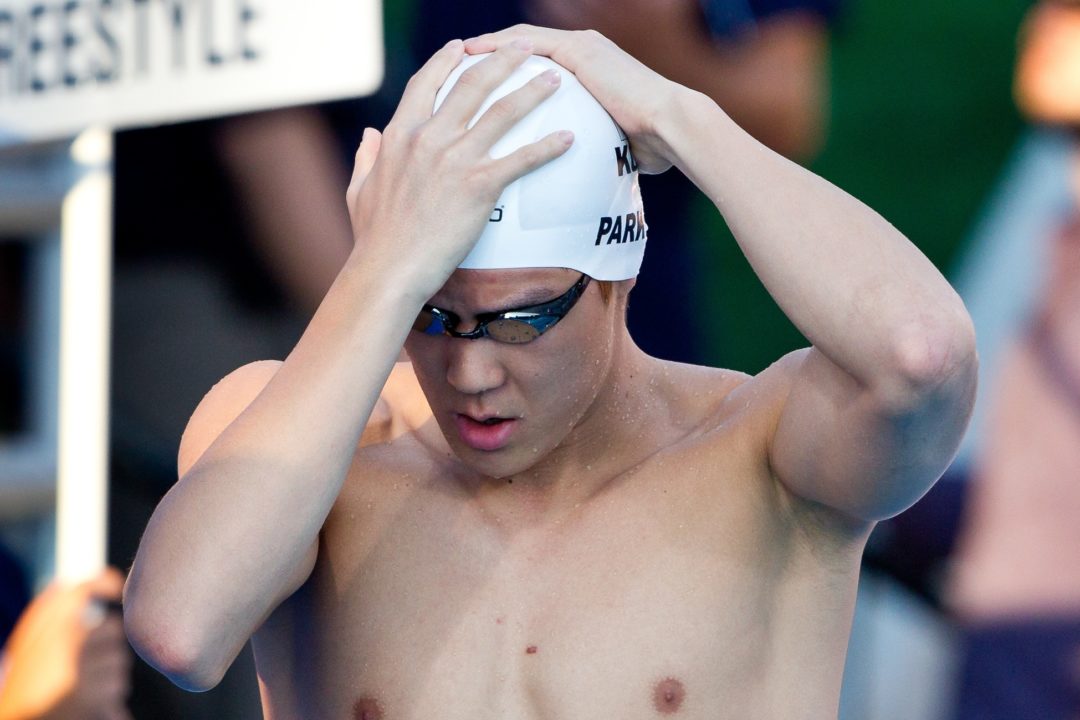 Despite serving his 18-month for a failed doping test from the fall of 2014, former Olympic champion Park Tae-Hwan was officially ruled out of the 2016 Olympics due to an additional rule put in place by the Korean Sports Olympic Committee (KSOC) that bans any athlete who has served a doping ban from national teams for the subsequent three years after their ban expires. This rule has been under much scrutiny, but the KOC would not budge in Park’s case and he appeared to have no shot at attending a fourth Olympic Games.

Despite the ban Park recently competed at Korean Nationals (as it isn’t a national team event) and won all four of his individual events. Just a few days ago Park filed for mediation with the CAS (Court for Arbitration of Sport) in a final attempt to have a chance to compete in Rio, and has appealed the KSOC’s ruling to keep him out of the Games.

At a meeting on Tuesday KSOC president Kim Jung-haeng was asked a question based on his personal opinion, and stated “Speaking on a personal basis as a former athlete, I think it would be good if Park went to the Olympics,” “My response is based on a question that asked for my personal opinion.”

Jung-haeng was a former judo athlete who won a silver medal at the 1967 FISU Universiade in Tokyo.

A public opinion survey asking South Koreans whether or not they thought Park should be allowed to compete saw the majority of people say they thought he deserved a second chance.

Korea submitted a preliminary list of athletes who will have a shot at making Rio, and Park was left off. Of course if his appeals go his way that could very well change. Park is set to meet with the KSOC on May 25th.

“I think the best case scenario will be for the KOC to change its position in the meeting so I can go to the Olympics,” Park told Yonhap News TV. “I hope something good will happen so that I can compete.”

Park was the 400m freestyle gold medalist at the 2008 Olympics, and has three more Olympic silver medals to his name.

Read the article put forth by the Daily Mail here.

I’m wondering how our media will be spinning this and other doping “controversies” (there shouldn’t be any “controversy”, just like when you commit a crime it’s not “controversial” to go to jail, pay the penalty) in our sport leading up to and at Rio itself.

I love the fact that on the eve of the Games these scum have or will be outed b4 the games commence…Well done to all.
Make them think they’ve got away with it then bang. No time for appeals.

The acting in this ruse to disguise that fact that Park will be swimming for South Korea in Rio is worse than a Hallmark film.