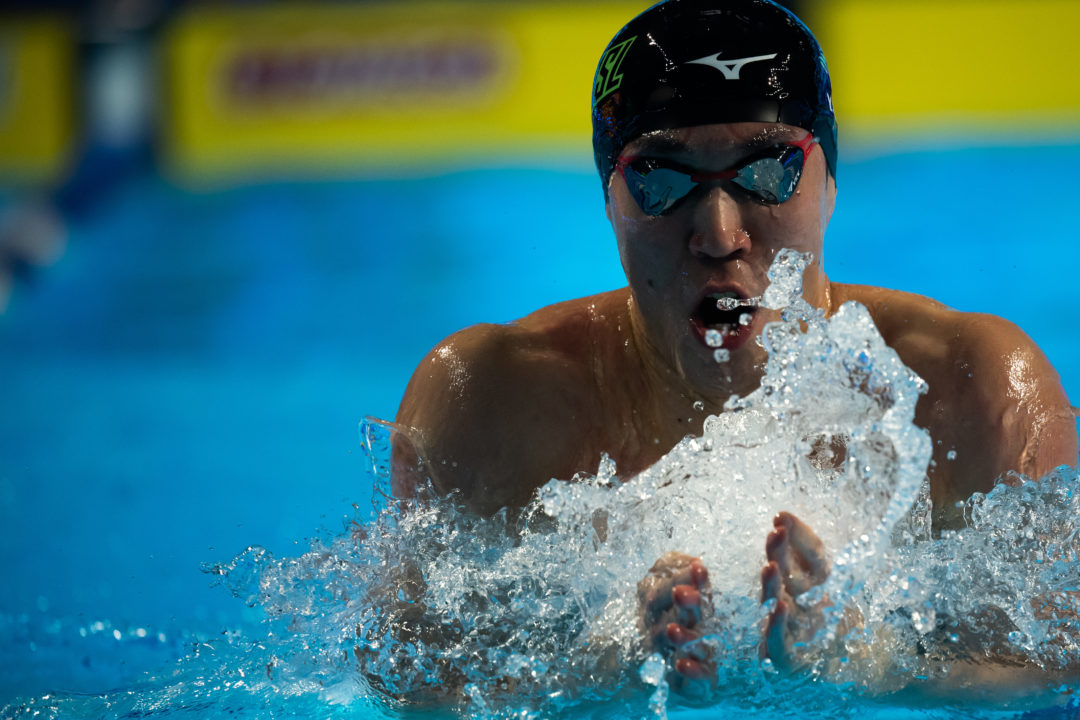 The quest to claim an Olympic berth in the men’s 200m breaststroke is a tough one in the nation of Japan, with the likes of Ippei Watanabe and Shoma Sato sitting at the head of the table.

29-year-old Yasuhiro Koseki, although quiet on the competition front over the past year, was still thought of as a potential dark horse contender in both the 100m and 200m breaststroke events here at the Japanese Olympic Trials. He made the final of both events at the 2016 Olympic Games, after all, placing 6th in the 100m and 5th in the 200m breast.

However, Koseki’s journey here at the Trials has come to an end already, as the man dropped out of the 200m breaststroke event entirely. He DNS’d the event during this morning’s prelims. This was after finishing 7th in the 100m sprint in 1:00.11.

The man told Asian media after that 7th place finish in the 1breast that his heart wasn’t entirely into racing. “My wife is burdened with raising our children while I’m swimming and often away….I was thinking of quitting last November”

He continued, “I have a strong feeling of ‘whatever.”

With that, it wouldn’t be a shock if Koseki reveals his official retirement. We will update accordingly.

Was really disappointed to see the 7th place and then the scratch… He’s been good for a long time, and he did well at ISL, so I was hoping he’d make the Olympics this time around..