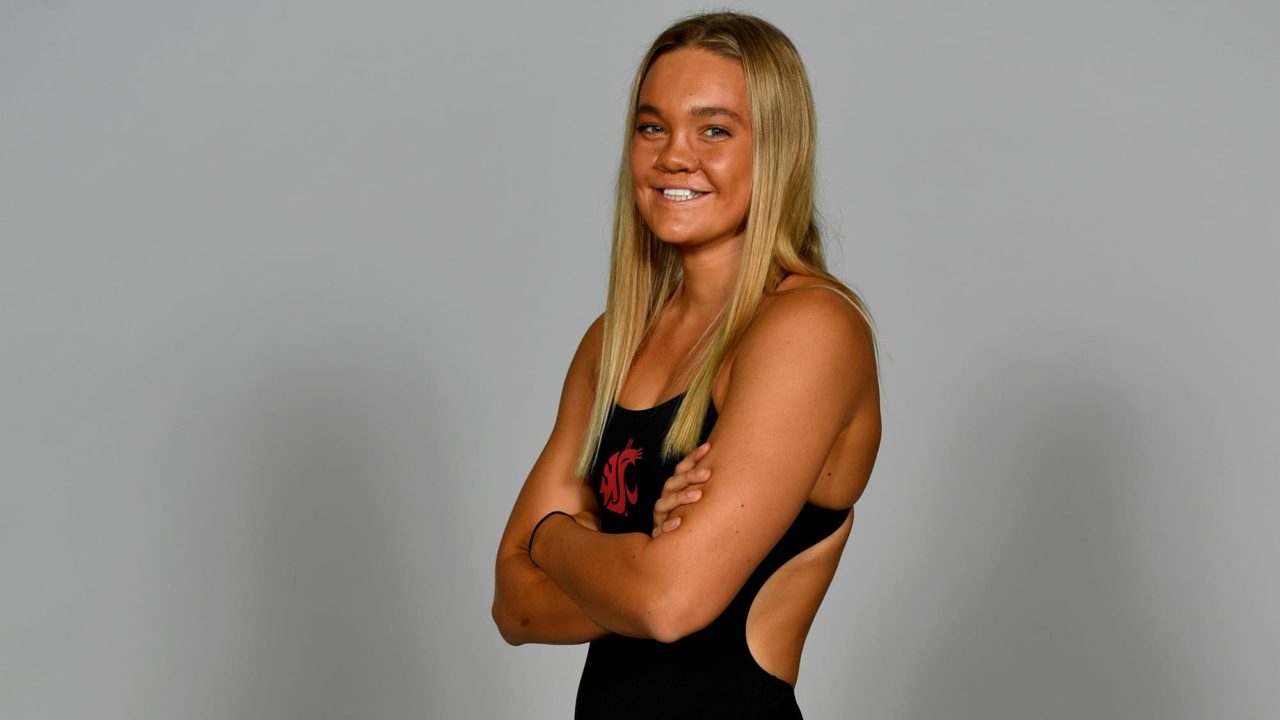 That performance marked a school record for the Cougars, who were led off by defending Pac-12 50 free champion Chloe Larson in 22.13. Current photo via Washington State Athletics

Houston is hosting their annual Phill Hansel Invite, a women’s-only invite featuring 9 teams this year. San Diego State leads the host team through the first day of the meet after dominating the relays on day 1.

Larson would go on to win the women’s individual 50 free in 22.38, after swimming a 22.35 in prelims. While those swims were a tick slower than her relay swim tonight, Larson’s 22.3s are still faster than she was swimming last fall.

Tulane’s Lilly Byrne won a tight race in the women’s 500 free, holding her pace well through the final 300 yards of the race. Byrne clocked a 4:47.05, while Houston freshman Mary Catherine Jurica touched 2nd in 4:48.10.

Air Force freshman Corbyn Cormack posted an impressive win in the 200 IM, holding off San Diego State’s Kristina Murphy on the final 50. Cormack swam a 1:59.40, hitting a new personal best by 0.10 seconds. Murphy was faster on the back half of the race, but ultimately touched the wall 0.04 seconds behind the Air Force freshman.