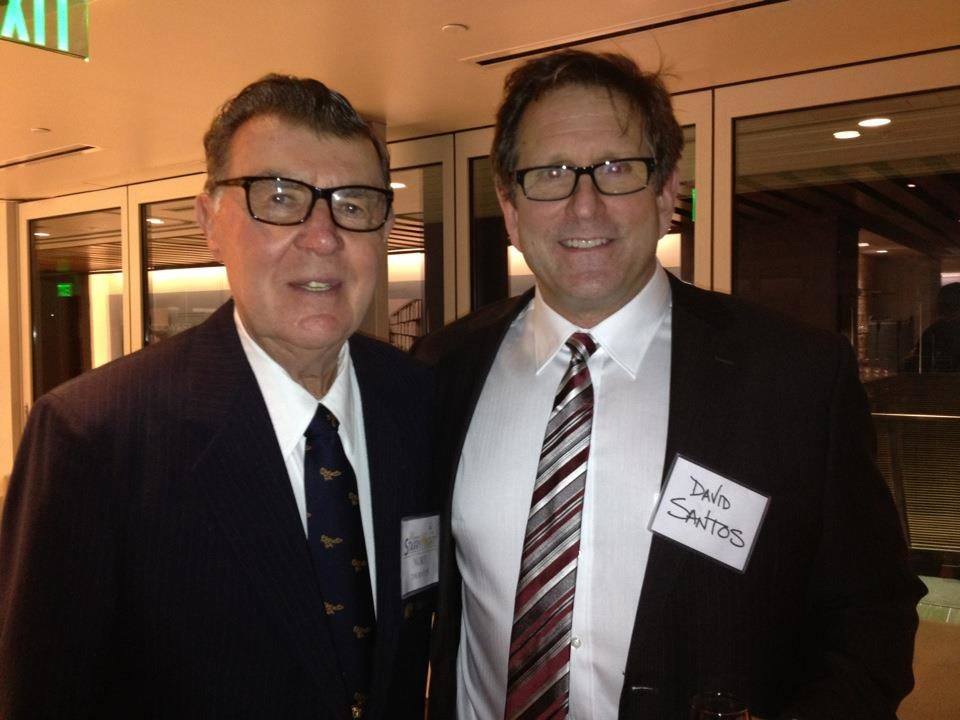 David Santos, former Bear at the University of California – Berkeley and US National Team Member, will be officially inducted... Archive photo via Roque Santos

Santos was a nine time All-American at Cal. After walking-on his freshman year, Santos broke the 400 IM Pac-10 record at the 1978 Pac-10 Championships. He was on two national championship teams in 1979 and 1980. David was the team captain of both championship teams. Santos also competed at the 1979 World University Games and won a bronze medal in the 400 Individual medley.

Early on, David Santos swam for the Chico Aquajets and then the Chico High Swim Team. He began swimming at the age of six. His brother, Roque Santos was inducted into the Chico Hall of Fame in 2007. In high school, David Santos was a starting guard on the Chico High basketball team his senior year. Growing up he also played football. According to his brother, “Training, leading and swimming well against the best in the world in a sport. That alone is a great accomplishment. But, my brother is more than that. He was the one that started it all.  With a great coach in Ernie Maglishco (Hall of fame 1994), David took his changes to leave Chico and Chico State and swim with the best in the country.  Others followed this journey, Jill Hernandez (hall of fame 2008), Haley Cope (hall of fame 2010) and myself (hall of fame 2007). But, we all saw what could be done because of David.”

Since the US did not compete in the 1980 Olympic Games due to the boycott, Santos won a silver medal in the 1980 Alternate Games. Of this accomplishment Santos remarked, “Back in that day, you had a short window to train and try to do well. After age 21 or 22, you were pretty much done. The (Alternate Games) was a nice consolation, but it was a let-down that there was no real Olympics.”

Santos now lives in Seattle and is a practicing plastic surgeon.

I remember, im also sad to have learned chico star has not had a team since 1993 that was shocking

Tears in my eyes! Very proud!