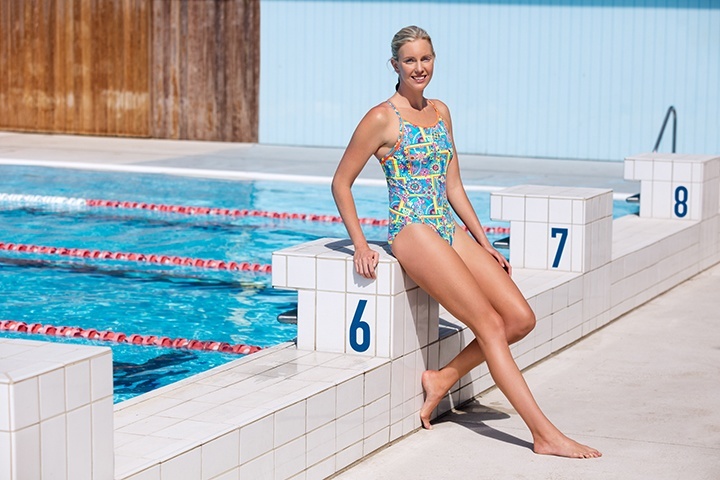 25-year-old Kareena Lee of the Sunshine Coast has been announced as the first female nominated to Australia's 2020 Olympic team. Archive photo via Funkita

25-year-old Kareena Lee of the Sunshine Coast has been announced as the first swimmer nominated to Australia’s Olympic team set for the 2020 Summer Games in Tokyo, Japan.

An open water swimmer, Lee will represent the green and gold in the women’s 10k at Odaiba Marine Park, following up on her 7th place finish in the event at this summer’s FINA Aquatic World Championships

“This is a day to celebrate a remarkable achievement not just for Kareena, but her entire support crew of family, friends, coaches, teammates and Swimming Australia who contributed to this milestone.

“Kareena has performed to such a high level on the global stage, including seventh at July’s World Championships, silver in February’s Marathon Swimming World Cup in Doha and taking her first 10km national title in January 2019.

Lee had just missed out on booking her ticket to Rio back in 2016 but felt some consolation making the World Championships squad for 2017. There in Budapest, Lee finished 19th and 10th in 5k.

This time around at the World Championships in Gwangju, the top 10 finishers earned automatic qualifying bids for the 2020 Olympic Games. As such, with Lee’s 7th place finish, she made the cut and was officially nominated by Swimming Australia and confirmed by the Australian Olympic Committee (AOC).

“When I qualified at Worlds, the first kind of emotion I had was relief, now I think about it I’m just so excited, it’s something I’ve wanted since I was a little girl, I’m just really happy,” Lee said.

“After just missing out on Rio I wasn’t too sure if I was going to continue the sport. I had a bit of a break and a long think about it, and I knew I wouldn’t be happy within myself if I left the sport.  My heart was still in it and I really didn’t want to leave on a low, so I knuckled down and I trained very, very hard.

“I think everyone’s goal is to get on the podium at Tokyo, that would be the absolute dream, especially as it’s something Australia hasn’t done yet, but with everyone in this event so close on that finish line, it can really be anyone’s race.”

With the assurance of her nomination, Lee says, “It’s really amazing being selected this far out, it allows me to narrow the focus to just the Olympics now.

“I don’t have to worry about qualifying close to the event so I will just concentrate on training and selecting races I want to focus on without the extra pressure.”

Swimming Australia Chief Executive Leigh Russell says,“Kareena’s selection on the Olympic team is the start of a very exciting year for swimming.

“All of us at Swimming Australia congratulate Kareena and wish her all the best in her preparation for the Games.”

love those old-school starting blocks! you’d have to put a towel on them to keep from slipping

LwWhen swimmi g was fun & you could lounge around the blocks.