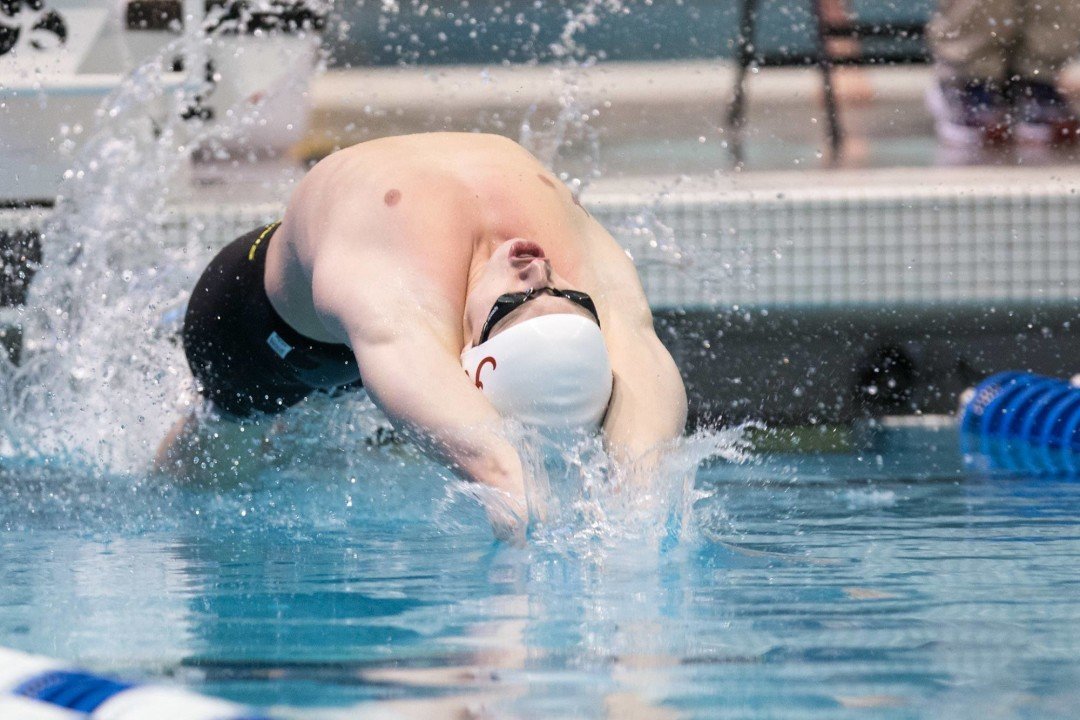 The Alabama women were led by Emma Saunders and Mia Nonnenberg in their 191.5-108.5 victory over South Carolina.

Nonnenberg, an NCAA qualifier as a freshman last season, took the 200 fly (1:59.61) and the 200 IM (2:02.76) without much opposition from the other swimmers in either race. She didn’t swim in any relays, but was a top scorer for Alabama at this meet.

Also winning two events were Alabama’s Paige Matherson and Katie Kelsoe. Matherson excelled in the distance events, taking both the 1000 and 500 free, while Kelsoe won both backstroke events.

The Alabama men didn’t have quite as easy of a time defeating the Gamecocks. Despite getting off to a hot start in the 400 medley, going 1-2 with a 43.69 anchor from Kristian Gkolomeev on the B relay, the South Carolina men flexed their distance free muscles with a 1-2 finish in the 1000 and a win in the 200 free.

Gkolomeev was stellar on the medley, though his individual swims were off of what he’s been this season. He missed his season best of 19.87 in the 50 and was well off of his 100 free best of 44.81, both done against Auburn a few weeks ago. While he still won the 50, he dropped the 100 to South Carolina’s Kevin Leithold. Leithold went 45.40 to Gkolomeev’s 45.59.

He won everything that he swam. He can’t do any more. What else do you want from him? He should have won SEC freshman of the week for both genders.