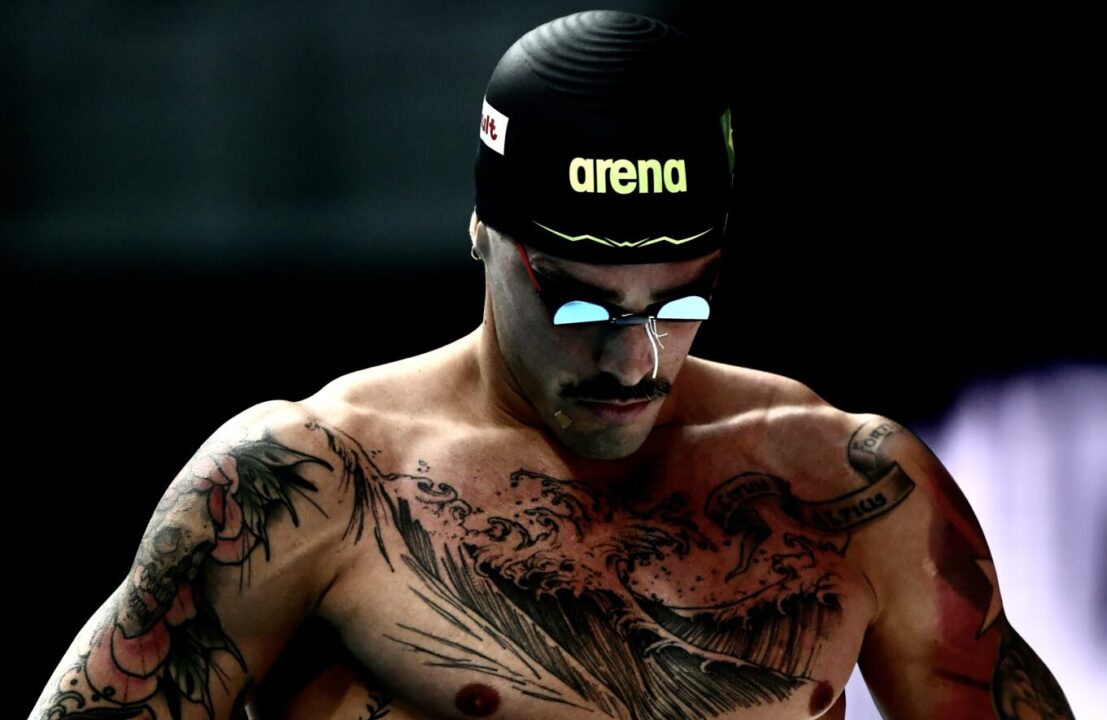 Andy Hardt, better known as Livestream Andy, was moved by the grind it took for Bruno Fratus to go sub-22 in the 50 free in 100 different races. Current photo via Fabio Cetti

Andy Hardt, better known as Livestream Andy, is a cult figure in swimming. In a brief career as a swimming analyst during the 2018 NCAA Championships, he enthralled swimming fans with his easy demeanor, his deep knowledge of swimming, and his insightful commentary. He also brought one of the most iconic phrases to the sport, saying that the athletes were “full of swimming.” His address brought true swimfans home and comfortable watching the meet, and he will forever be a legend in our small corner of the coaching world.

In watching Bruno Fratus swim under 22 seconds in the 50 meter free for the 100th time in his career, becoming more “full of 21s” than any swimmer in history, Andy had some thoughts.

When not announcing swim meets, Andy is working on his PhD, researching (complicated mathematics) at the University of Minnesota. He was married in March in New York City to Skylar Zhang.

There’s something I find poignant about Fratus getting his 100th sub-22 in such an anticlimactic way yesterday. Instead of a triumphant, even medal-winning, finals performance, he did it while losing a swim-off, and so won’t even get to swim the final at all. In some sense, this is the flip-side of why we watch sport: the successful story or the dream performance isn’t guaranteed. That’s the whole reason a good outcome has meaning–a lesser one was always possible.

But beyond that, I feel the anticlimactic setting actually pays homage to Fratus’ accomplishment. Getting anywhere near 100 sub-22s takes elite speed; Fratus certainly has that. He also has the ability to perform when it matters most; his many medals prove that as well. But 100 sub-22s is very much not about rising to the biggest moments, or even about having the fastest PB. It’s about hitting that 21 at an early-season meet. It’s about going 21-21-21 at major championships. It’s about going 21 whether in a big win or in a crushing loss like yesterday. And it’s about doing that over and over again for more than a decade.

In some sense, this day-to-day, year-to-year relentlessness is the real heart of swimming (and life). When we watch a big meet, we see a snapshot of each swimmer’s year. But as anyone who has swum competitively knows, most of the swimmer’s life is day-to-day training, swimming small and medium meets, preparing for the big ones. And success hinges on getting it right more often than not: making the most of the good days and trying to make the bad days ok. What you see at the end, if it’s a flashy win or PB, is a compilation of mundane moments, all piled up together.

I’m only making an indirect analogy here; certainly most of Fratus’ sub-22s were at big meets. But I think the emotional rhythm is similar. Seeing a wonderkind 17-year-old win two world titles doesn’t evoke images of grinding through grueling practices and exhausting, up-and-down meets, even though they are surely behind the scenes. But 100 sub-22s does evoke that image. So to have a career-defining, career-encompassing accomplishment happen with an unsatisfying anticlimax in a place it wasn’t meant to happen, in a way it wasn’t meant to happen, well, that’s where a career does happen.

it could have been sub-24, sub-23, sub-25 swims. What made it sub-22s is his talent. He has been lucky enough to have the talent and the grit to do it under 22s and do it to the World stage. No regerts!

“that’s where a career does happen”!

Truly, Fratus is full of career.

8
-1
Reply
There's no doubt that he's tightening up

Fratus is an inspiration. Swimming that many 21s means he is putting the same energy and effort in each swim whenever he raced, however the preparation went and whatever may be happening outside of the pool. It is the true testament to his work – physical and mental – to take each race and swim as it comes and to do his best whenever the opportunity present. The positive energy he has, the ability to race and accept the outcome is truly phenomenal.

So well said that I read it twice to enjoy it a second time.

Before it was pointed out to him did Fratus know. Was this a goal of his? Still monumental either way.

I think what most impacted me was the grind. To get to this level so many times, is what it means to be a pro athlete. Part of being a pro athlete is also losing so many of those swims to someone else. The period of endless grinding to arrive at a point where you might not even succeed. That is dark side of elite sports, but the moments you see where people win are what make it worth it. The 50 freestyle is one of the hardest events to compete in, and I have nothing but respect for the grind that Fratus has gone through.