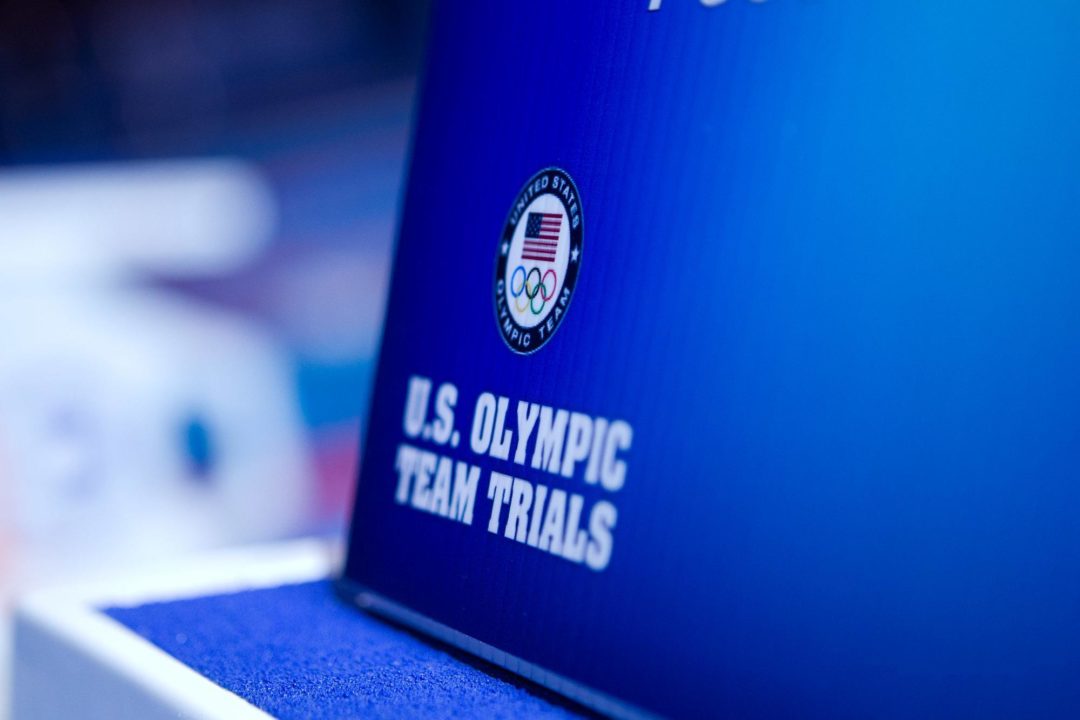 Most events at the Olympic Trials have 3 rounds, prelims, semis, and finals. For the first two rounds, the only thing that matters is qualifying for the next round. Current photo via Tim Binning/TheSwimPictures.com

Most events at the Olympic Trials have 3 rounds, prelims, semis, and finals. For the first two rounds, the only thing that matters is qualifying for the next round. If they can afford to, top swimmers conserve energy in the earlier rounds by only going fast enough to safely make it back. Swimmers who qualify individually for the Olympics drop significantly more time from round to round than their nearest competitors. 2008 and 2012 Olympic Trials swimmers that finished 1st or 2nd improved their qualifying times from semis (or prelims for long events) in finals by medians of -1% for men and -.8% for women (negative percentages mean the swimmer got faster and a positive percentage means they got slower. 1:00.0 in semis, 59.4 in finals would be -1%). Swimmers that finished 3rd or 4th improved their qualifying times in finals by medians of -.4% for men and -.3% for women.

This result makes sense for a couple reasons. Either a swimmer is clearly superior and can afford to slack off in early rounds. For example the 1st and 3rd place finishers in the 2008 men’s 200 fly:

Or a race is close and the swimmer who performs better in finals wins. For example the 2nd and 3rd place finishers in the 2012 men’s 200 fly:

Here’s a more detailed break down of median round to round time changes for the men:

Here’s the raw round by round data:

Really good info! What I would love to see is an article about how warm ups, warm downs, rest between sessions are all managed. For example, what type of warm up does a top 5 finisher in a 50 free do vs the 800. I’ve looked all over but I’ve never found this anywhere.

I wonder, especially in the shorter races, how much energy is really saved going 1% slower. Is 24.5 really that much easier than 24.8? I know some of the top swimmers like Phelps and Lochte can shut it down if they are out ahead in races like a 200 IM, but most qualifiers don’t have that luxury. I hypothesis that the real difference isn’t that those that qualified had more energy saved up from dogging the earlier rounds but that those swimmers just handled the pressure and stepped it up better each round. Regardless of the causation, this is a very interesting phenomenon. Thanks for the article!