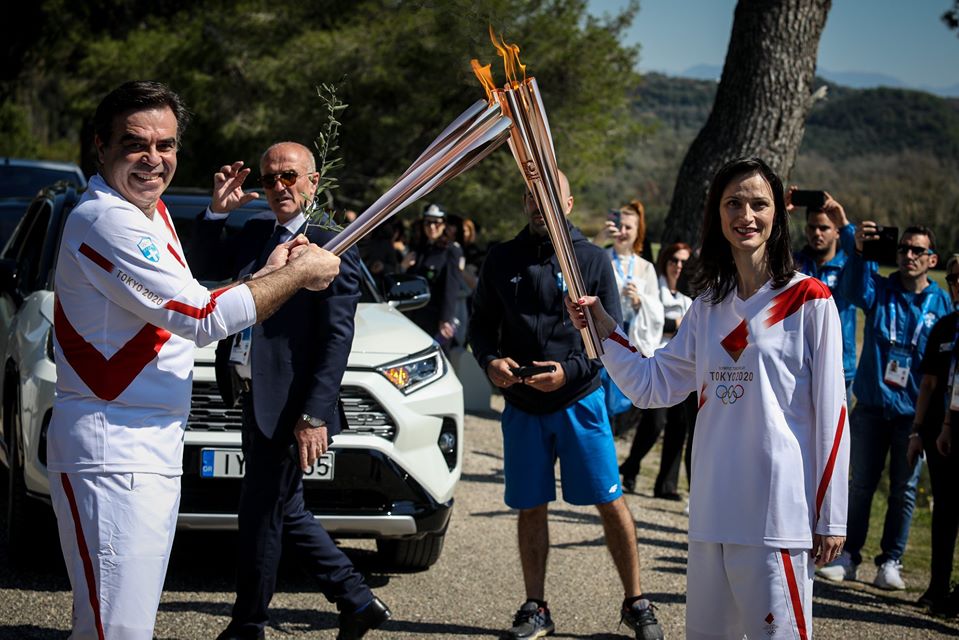 Plans to display the Tokyo Olympic Flame have now been suspended due to escalating concerns over the COVID-19 spread throughout Japan. Archive photo via Hellenic Olympic Committee/Facebook

In our latest edition of Beyond the Lane Lines, we reported how the Tokyo Olympic Flame was scheduled to be on limited public display at Japan’s J-Village National Training Center in Fukushima. The flame was slated to be available for viewing throughout April to represent a ‘symbol of hope for all countries of the world during these most challenging of times.’

However, plans have now been suspended due to escalating concerns over the COVID-19 spread throughout Japan.

‘After being ignited last month in Greece, the Olympic flame arrived in Japan as scheduled on March 20 and was set to tour the country on a 121-day torch relay starting March 26 before the postponement was announced the day before,’ states Japan Times.

‘The International Olympic Committee and local organizers decided that the flame will remain burning in Japan during the delay prompted by the global COVID-19 pandemic.’ (Japan Times)

Also cancelled this week was the annual Japan Open swimming competition. As we reported, the annual elite meet was slated to take place in early June but has since been nixed.

At the time of publishing, the nation of Japan has had 3,906 cases of COVID-19 reported, resulting in 92 deaths and 592 recoveries, per Johns Hopkins Coronavirus Resource Center.