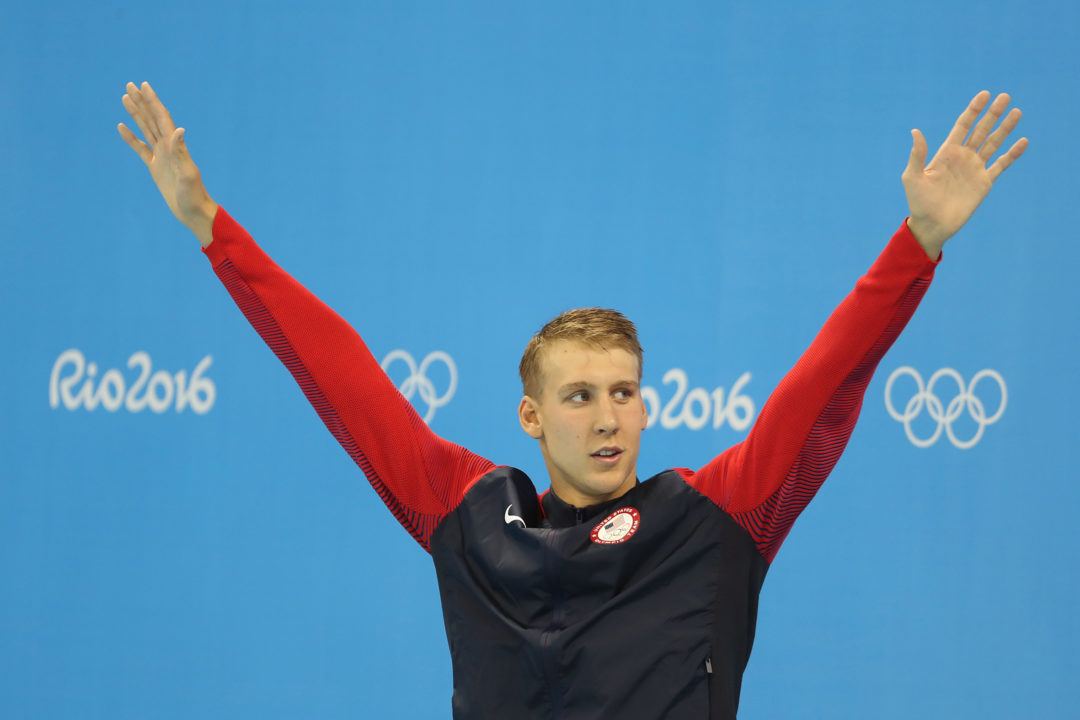 Olympic silver medalist Chase Kalisz and Canadian Olympian Chantal van Landeghem r will return to Athens to continue their NCAA careers at the University of Georgia next fall, a spokesperson for the school confirmed this week.

Kalisz has one year of eligibility remaining and will enter the 2016-2017 season with a pair of NCAA titles in his best event, the 400 IM. Kalisz won that race as a freshman in 2013 and a sophomore in 2014 and placed 2nd at his last NCAA Championship meet in 2015.

Kalisz’s 3:34.50 in that event from the 2014 NCAA Championships remains the fastest short course yards swim in the event’s history.

Kalisz spent last year’s NCAA season on a redshirt while training in Arizona with Bob Bowman, U.S. Olympic men’s team head coach and his club coach who is now the head coach at Arizona State. Kalisz has spent summers training with Bowman throughout his college career.

The Georgia men placed 5th at NCAAs last year without Kalisz, with a 74.5-point gap to 4th-place North Carolina State.

Van Landeghem, meanwhile, will add some more firepower to an already-loaded Georgia team that won last year’s NCAA Championship meet. In her last NCAAs, in 2015, she placed 6th in the 50 free (21.78 in prelims) and 5th in the 100 free (47.48 in finals) for 27 individual points. Now she’ll re-join a Georgia 200 free relay that was 3rd at NCAAs last year with four underclassmen; and a 400 free relay that was 2nd at NCAAs last year with 2 seniors. Her presence last year wouldn’t have guaranteed the Bulldogs of closing the gaps for titles in those relays, but would’ve made it very, very close in both cases.

Georgia’s medley relays also get stronger – last year, they anchored both of those relays with swimmers not traditionally known as freestyle sprinters (Meghan Raab at 22.22 and Hali Flickinger at 57.64). Those groups placed 7th and 4th, respectively, at NCAAs, and graduated only the 400 anchor Flickinger – whose time is replaced by van Landeghem. A big year from her collegiately is the Bulldogs’ best chance at repeating as NCAA team champions ahead of a group from Stanford that could finish the season as the best one-year women’s team in NCAA history.

Van Landeghem spent last season training at the Ontario High Performance Center under coach Ben Titley, and was part of a historic meet for Canadian women’s swimming where she swam on a bronze-medal winning 400 free relay.

While neither swimmer had made a public statement that indicated they weren’t planning on returning to Georgia, whenever swimmers have Olympic success like this, questions are asked about whether they choose to return to their collegiate training bases.

Both swimmers have 1 year of NCAA eligibility remaining.

I wish Jurek went to Georgia