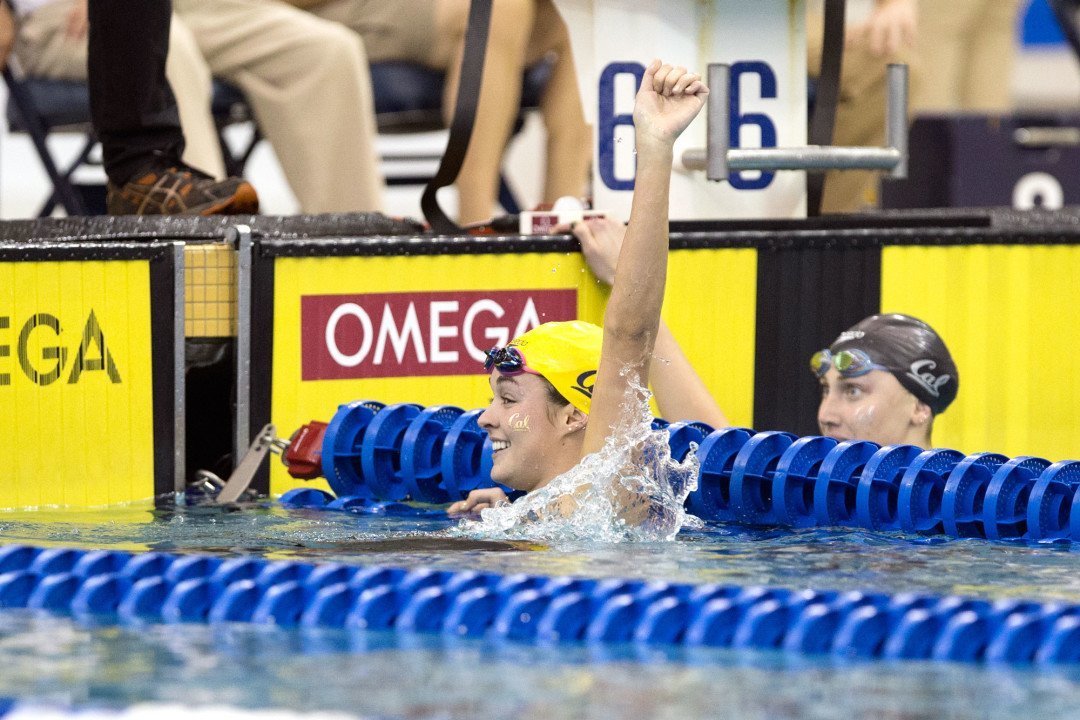 Olympian and NCAA champion Rachel Bootsma and her husband Cole Reiser are expecting their first child, a baby boy, in March of 2021. Current photo via Tim Binning/TheSwimPictures.com

Olympian Rachel Bootsma announced on Instagram on Sunday that she and husband Cole Reiser are expecting a baby boy in March of 2021.

Bootsma posted a photo of her announcement on Instagram, along with a pair of baby shoes and photos of her ultrasound. The captions reads: “2020 wasn’t all bad, but can’t wait for 2021! Baby Boy Reiser coming in March 🍼💙  ”

Bootsma is originally from Eden Prairie, Minnesota, where she was a high school state champion and state record-holder in the 100 back.

In 2010, she swam 51.53 in the 100 yard backstroke in a high school meet, which broke Cindy Tran’s National High School Record in that event.

She continued her swimming career at Cal, where she was a 2-time NCAA champion in the same event. She also helped  Cal’s relays grab several podium finishes at the NCAA championships throughout her college career.

In 2012, she qualified for the US Olympic team in the 100m back, finishing second behind fellow Cal bear Missy Franklin. Then, in London, she won a gold medal when she swam the backstroke leg in the prelims of the 400 medley relay.

Bootsma also won a pair of international gold medals at the 2011 Pan American Games, including the 100 back individually, and bronze medals at both the 2010 Pan Pac Championships and 2015 World University Games.

Bootsma graduated from Cal in 2016 with a degree in Interdisciplinary Studies. She retired from competitive swimming shortly after and currently works for AT&T.

Wow, everyone is expecting right now. Congrats Rachel and Cole!