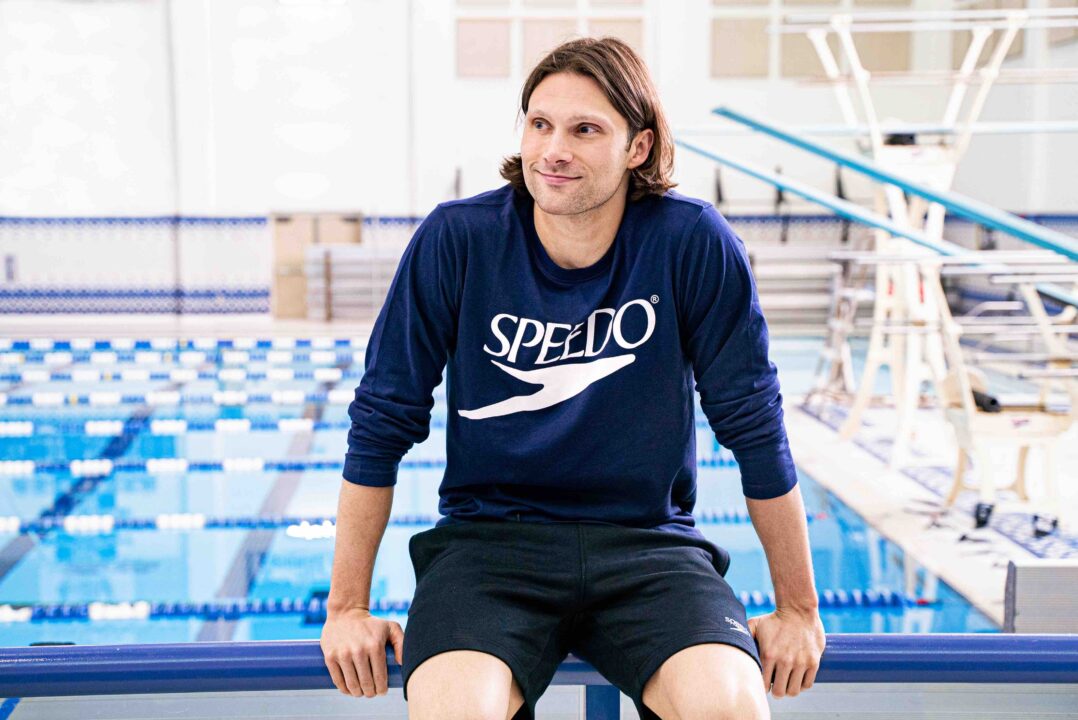 Two-time Olympic medalist for the United States has announced his partnership with Speedo following 5 years as a part of Team TYR. Current photo via Bex Wyant

Speedo is a SwimSwam partner, however this is not a press release.

2016 U.S Olympic gold medalist announced via Instagram that he has officially signed to Team Speedo:

Miller has signed with Speedo after more than 5 years as a member of Team TYR, having originally signed with them back in December 2015.

Over the course of his career, Miller has built a substantial following on social media. He has amassed over 131,000 followers on Instagram, 29,000 Twitter followers, and 156,000 subscribers of YouTube.

That makes Miller among the most valuable ‘brands’ in swimming, regardless of whether he makes the Tokyo 2020 Olympic team.

Miller says in the video that he signed with Speedo around 4 weeks ago and that fans were quick to notice that he had begun wearing the brand’s suits in his vlogs. His YouTube channel began getting flooded with commenters asking whether he had made the switch. In the vlog, Miller admits that while he kept it a secret, it was not a well-kept secret.

He ends the vlog by sharing footage from his first Speedo photoshoot which took place around the time he signed with the company.

“I am thrilled to be a part of this dope swimming legacy,” said Miller in the vlog. He explains that his decision to sign with Speedo was threefold;

“When it came down to choosing a company that I wanted to partner with, it really came down to three things. Numer 1, the products and the gear, all the equipment. And I can honestly say that speedo has the dopest stuff. “Check that box, major check.”

“Number 2: the people. The employees behind the well-oiled machine that is Speedo. Did I feel like they genuinely had the best interest of professional swimmers and the swimming world at large in their hearts and in their minds? And I really feel that way like I really don’t think I could’ve landed with a better group of people that run an awesome company. You know, I wanted to represent a brand that I could be proud of. A group of people behind the scenes that I felt like is a family and I really feel that at Speedo.

“And then number 3, obviously the racing suit, right. Is this going to be the best vessel to help propel me to success? Check that box.”

Miller has been racing for the United States on the senior international scene since he swam at the 2014 Short Course World Championships in Doha, Qatar. There, he helped the US to two podium finishes by swimming the breaststroke leg in the 4×100 medley for silver and 4×50 medley relay for bronze.

Miller swam for Indiana between 2010 and 2014, earning a number of Big Ten titles throughout his career, along with a podium finish at 2014 NCAAs when he took silver in the 200 breast. In 2019 Miller swam as an inaugural member of the DC Trident in the International Swimming League where he placed 183rd overall in the MVP standings.

Miller has a shot at making his way onto his second Olympic squad at the upcoming US Olympic Trials. According to USA Swimming’s ranking database, he ranks 2nd and 3rd, respectively in the long course 100 and 200 breaststrokes this season.

Miller is also in the top 10 in both events throughout the Olympic Trials qualification period thus far which began on November 28, 2018:

* Ian Finnerty ranks #4 on this list but has retired from the sport and will not be competing for a spot on the Olympic team this summer.

Cody and Ma will be fighting for the second spot behind Wilson in 100. Fink will also make a good run. I can see Cody making it in the 200 more than 100, but Matheny has been looking good and on a roll lately. It’ll be close for both races.

Wilson did quite well at 2019 Worlds considering it was his first “Big boy” national team. He made finals and went a 58 in the 100 breast which is not special anymore but still competitive on the world stage and decent enough on the relay provided no one splits 46.1 on the anchor leg again

Does Corbeau count in US rankings since he competes for Neth?

4
-2
Reply
The Weez
Reply to  Horninco

No, I don’t think that he should. He went to an Olympic qualifying meet in ?January? for the Netherlands qualification…Correct me if I’m wrong?

No, he represents the Netherlands internationally.

6
-1
Reply
The Importer AND Exporter

I AM GOING TO BURN ALL MY TYR GEAR IN THE BACKYARD!!!!

27
-10
Reply
xman
Reply to  The Importer AND Exporter