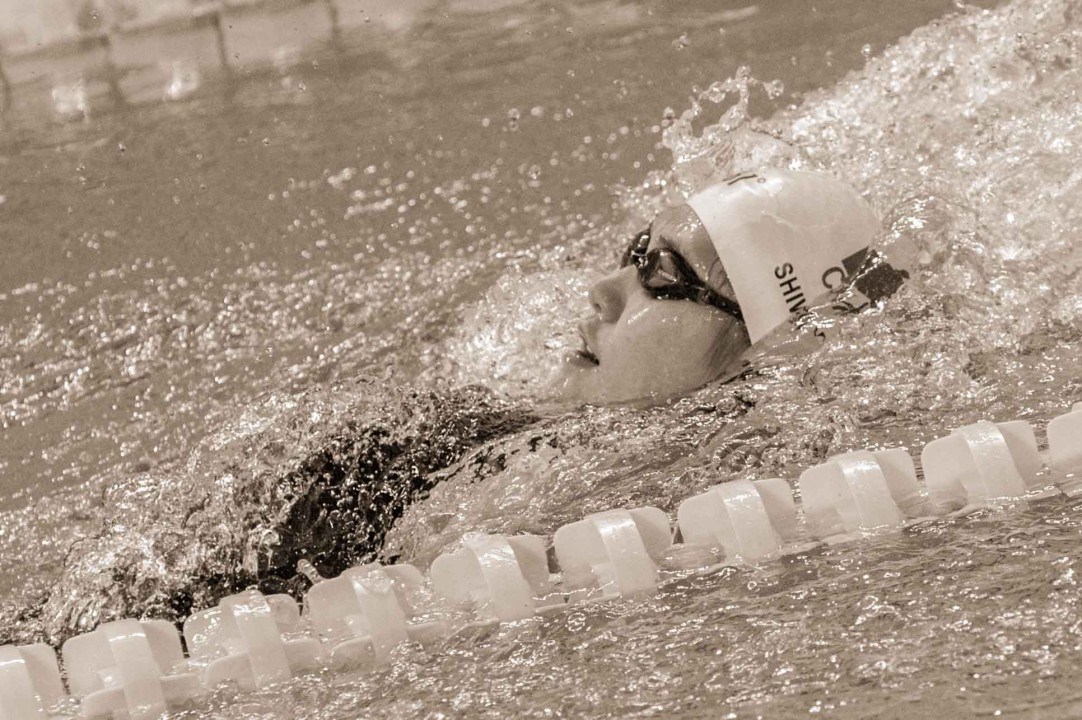 The continuation of a fall-from-the-podium for 2012 Olympic Champion Ye Shiwen, the 20-year old has finished just 7th in the 400 IM at the 2016 Chinese Olympic Swimming Trials that began on Sunday in Foshan.

Ye was the 2012 Olympic Champion in both the 200 and 400 IMs when she was just 16 years old, which included breaking a World Record in the longer distance. Since that meet, however, her results have declined: she hasn’t won a single medal at a long course World Championship meet since, and has only been in the same realm of those times at the 2014 Asian Games where she won double gold.

Ye was the top swimmer in prelims, but swam just a 4:50.74 in finals to take the 7th-place position. That’s 22 seconds short of the time with which she won Olympic gold in London.

Chinese media reports that after three straight years of poor physical condition and injuries from Ye, she was left huddled on the deck on Monday with severe stomach cramps.

With Chinese qualifying standards hard to define or discover, and a quite fluid selection priority, Ye still could be chosen for the team if Chinese officials believe in the temporary reason for her falter

Afteall, Sun Yang has almost been guaranteed a spot on the squad for Rio by Chinese media despite skipping this week’s Olympic Trials.

In his absence, the men’s 400 free began the meet with a Qiu Ziao victory in 3:47.99. He was the only swimmer in the final under the FINA ‘A’ standard, which ensures there’s still room for the defending Olympic Champion Sun in August at the Olympics.

Placing 2nd behind Wang in the race is An Jiabao, the first known appearance at this meet of the two swimmers who tested positive for clenbuterol late last year but received only a warning from Chinese anti-doping authorities and was waved-on to continue. FINA is still considering whether or not to appeal those suspensions.

Those three races were the day’s individual finals; though there were fast times in semi-finals. That includes a 59.64 to lead the 100 breaststroke from Wang Lizhuo, the other warned swimmer, which breaks his own Chinese National Record of 59.79 done at this meet last year.

Only Cameron van der Burgh, Adam Peaty, and Felipe Silva have been faster than Wang this season.

Yan Zibei joined Lizhuo under the minute mark, the only two Chinese swimmers to accomplish that feat, with a 59.94 to qualify 2nd into the final. Wang and Yan were 1st and 2nd, respectively, at this meet last year.

With the meet’s dual purpose as a Chinese National Championship event, relays are still being swum, and Shanghai won the women’s 400 free relay in 3:40.69.

Very interesting that Wang Lizhou, a warned swimmer, improves his already crazy PB (considering his age) …
I guess he had a very good training …
Every sport fan can only hope that not many chinese swimmers will win a medal in Rio.

No it isn’t. Read somewhere else that Li Zhuhao didn’t win the 400 freestyle, but that the winner was Qiu Ziao… Dodgy translation…

The Wang Lizhou situation is just nauseating! How is this being allowed?