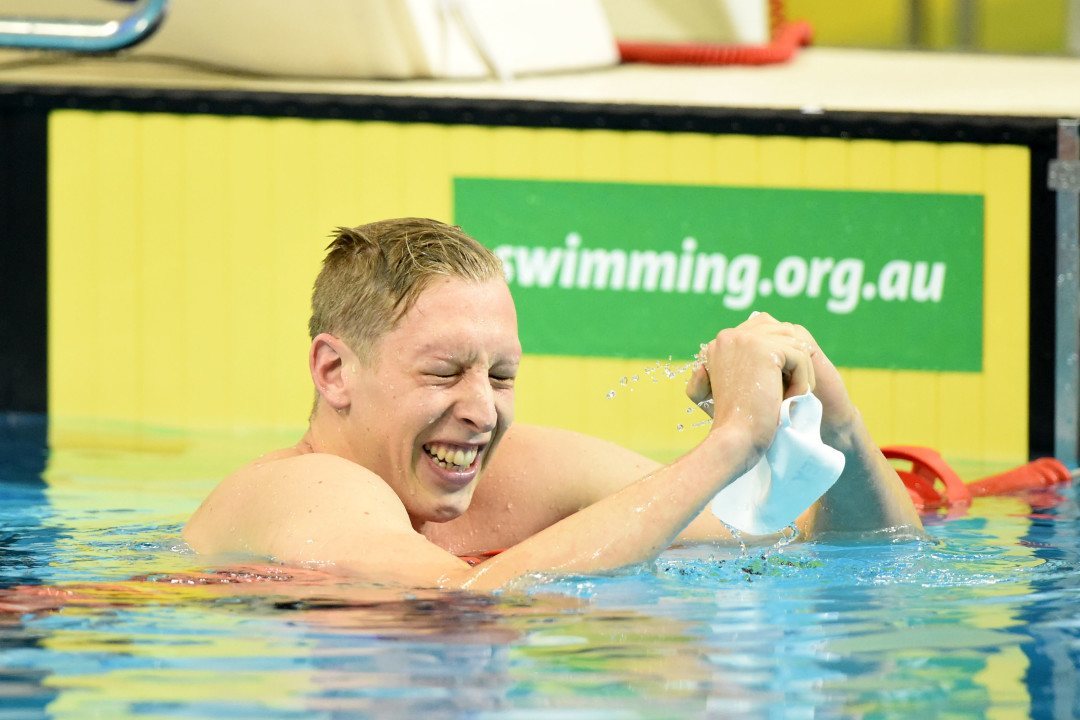 2016 Olympian Travis Mahoney will be making a training base move, as the 26-year-old announced he will soon be joining the Marion Swimming Club of Adelaide, South Australia. For the last 10 years, the IM specialist has called Nunawading Club home, training under the direction of Rohan Taylor and alongside teammates Belinda Hocking and Josh Beaver.

Mahoney first broke through internationally at the 2012 FINA World Short Course Championships when he was a member of Australia’s world record-setting 4x50m freestyle relay. That same year he also won a silver medal in the 400m IM at both the Beijing and Singapore stops of the World Cup Series.

Mahoney earned a 2016 Olympic bid on the Australian roster in the 400m IM, an event in which he would ultimately finish 7th place at Rio after notching a personal best in prelims.

The club move comes just a couple of months after the announcement that Taylor would move into a Coaching Directorship role with Nunawading. Sliding into Taylor’s now-vacant High Performance Coach role now was Scott Talbot, a two-time Olympian in his own right for New Zealand, who came from Sydney University Aquatic Club.

In what Mahoney describes as ‘a tough couple of months weighing all of his options’, he says he ‘cannot thank Nunawading Swimming Club enough for the incredible amount of support they have given me over the past 10 years, from a 16-year-old who didn’t even have a national qualifying time, right up to the moment I realized my dream of becoming an Olympian, I will be forever grateful.’

Marion Swimming Club is home to 2016 Olympic champion Kyle Chalmers, the on-the-rise freestyle stud who surprised the world by taking the 100m freestyle gold in Rio. Mahoney will join Chalmers on the High Performance Squad at South Australia’s largest club, under the tutelage of Coach Peter Bishop.