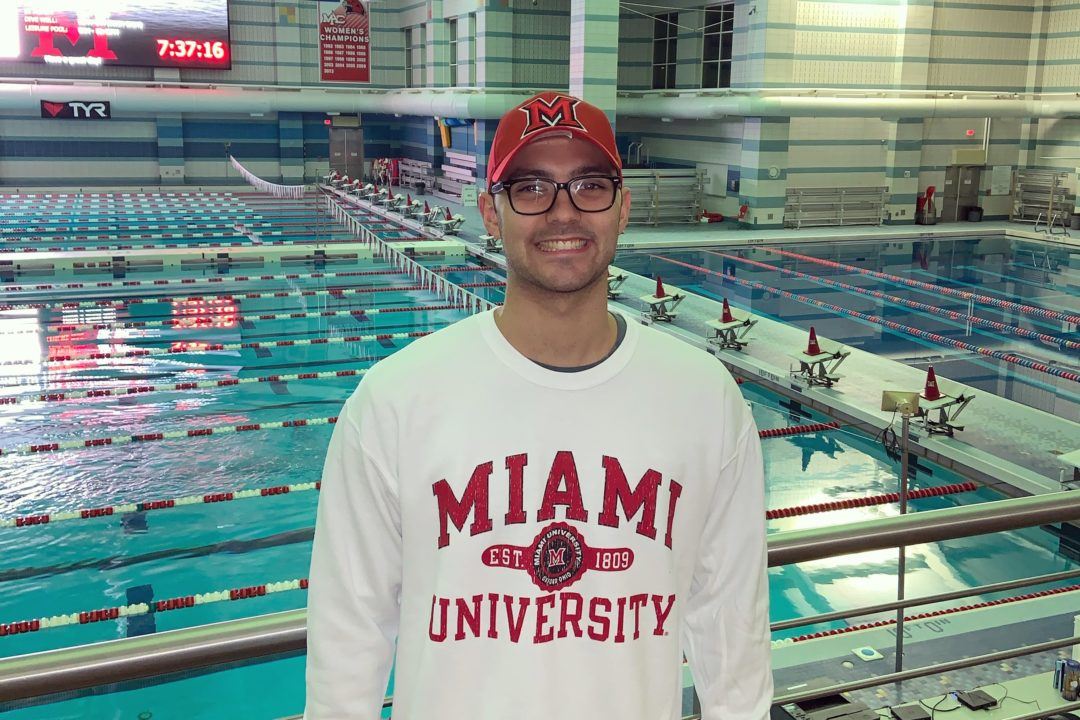 Ohio State senior Ryan Wagner will transfer to Miami of Ohio next fall where he will pursue a master's in psychology and swim for the RedHawks. Current photo via Ryan Wagner

Ohio State University senior Ryan Wagner has announced he will transfer to Miami University in Oxford, Ohio next fall. Wagner will swim for the RedHawks while getting a master’s degree in psychology.

“I really believe in coach Hollie and what they are doing at Miami. I believe this program is on the rise and we are going to do great things!”

Wagner graduated from Clarkstown High School South in West Nyack, New York in 2015 and headed to Columbus. He won the 100 back (51.32) and placed 9th in the 100 free (47.32) as a senior at the NY Public School State Meet and came in 1st in the back and 18th in the free overall in the NY Federation Championships that year. He spent three years on the Buckeyes’ roster but didn’t swim as a senior. His best times in the 100/200 back, his main events, came in the 2016-17 season at the Ohio State Invitational in November and the Ohio State Winter Invite in February. In the summer of 2017 he went best times in the 50 free, 100/200 back and 200 fly at the Metropolitan Swimming LSC Championships and 2017 U.S. Open.

Miami finished 3rd at the MAC Championships last February. Wagner’s backstroke times would have put him in the A finals of both the 100 and 200 events, along with current juniors James Wray (in the 100/200) and Justin Andrews (in the 200).

So happy I get to obtain my masters degree at Miami university next year! I get to finish out my NCAA eligibility, thank you @miamioh_mw_swimanddive for the opportunity!! Go redhawks!

Isn’t he graduating from OSU this year? To me this seems less like a true transfer and more like finishing his athletic eligibility while pursuing his post-graduate degree. Good for him for doing both.

Why didn’t he swim his senior yr? Injury?

This is awesome and so, so smart – Congrats Ryan!!