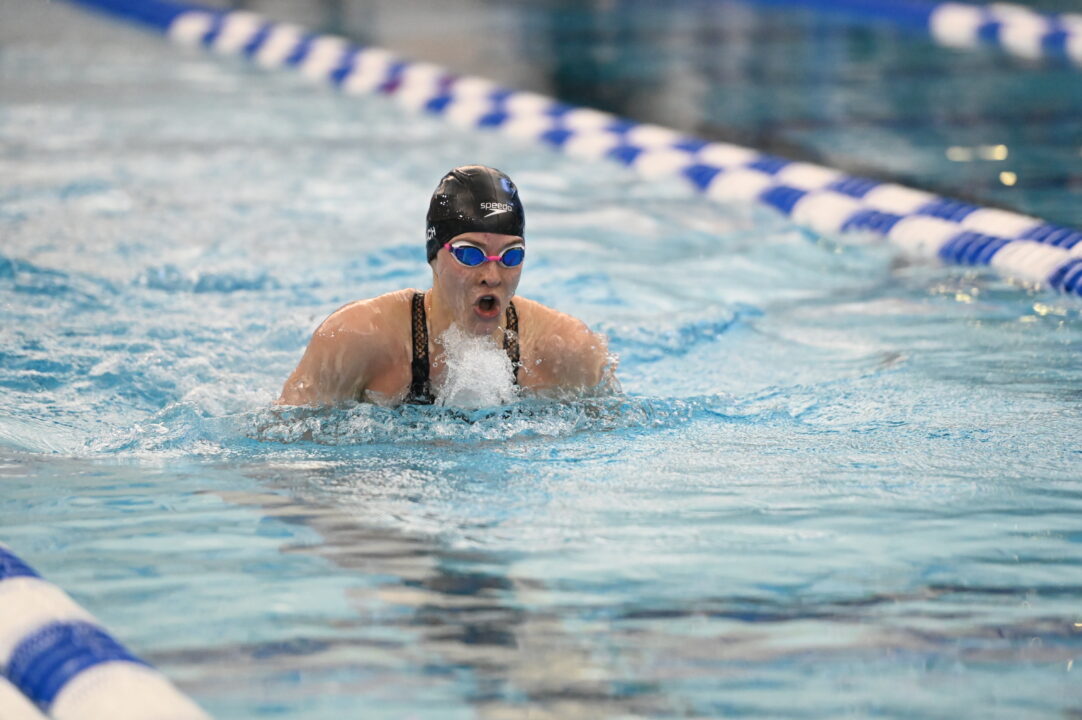 Hannah Bach of Ohio State split faster today than Lilly King did on the 50 breaststroke when Indiana set the Big Ten Record in the event back in 2018. Archive photo via NCAA

The Ohio State women broke the Big Ten Meet and Conference record in the 200 medley relay as they touched in a time of 1:33.64 to kick off the 2022 Big Ten Championships. The relay finished ahead of Michigan who touched second in a time of 1:34.69.

The team consisted of Emily Crane, Hannah Bach, Katherine Zenick, and Teresa Ivan. They broke the record set in 2018 by Indiana that included Lilly King on the breaststroke leg.

Notably, Bach swam a faster breaststroke leg than King did in 2018. King’s fastest split ever was a 25.36 which she swam at the 2019 Big Ten Championships.

The relay also set a new Ohio State school record as the previous school record was a 1:34.46 from the 2021 Big Ten Championships.

Three out of the four splits were faster today than they were in the previous school record. Bach’s was the largest difference as she went 0.52 faster this year.

Last year, the relay finished third at the NCAA Championships. They will look to make the podium in the event again this year.

Bach is the second best split ever