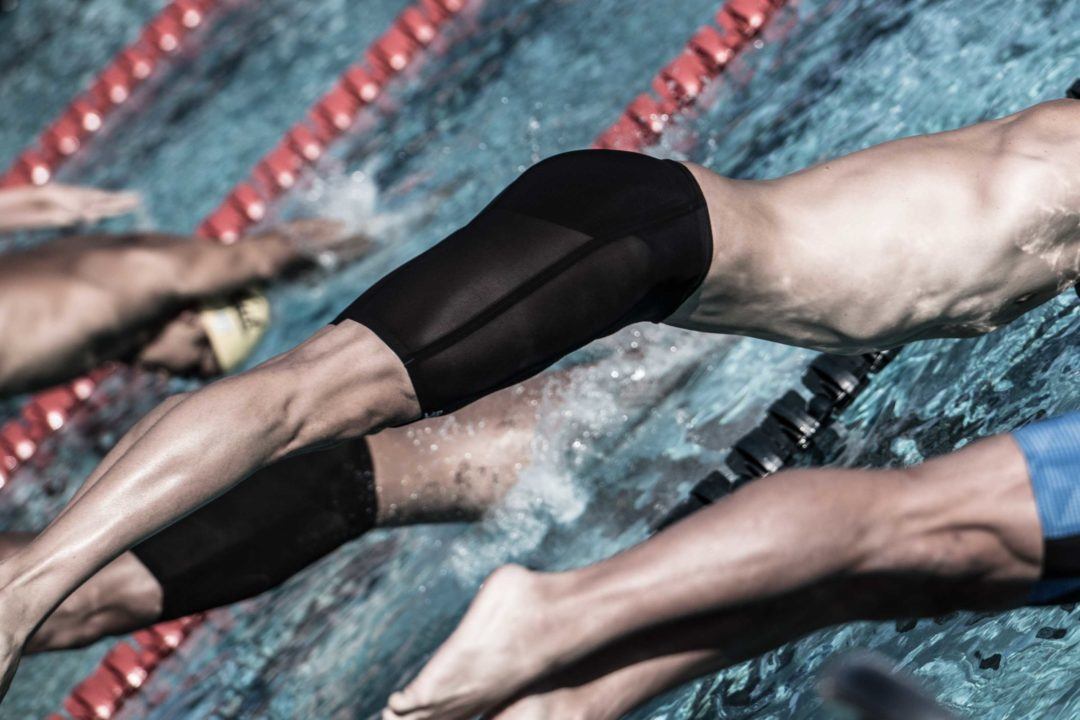 The Ohio State Buckeyes picked up their 2nd home dual meet victory of the weekend after taking down the Miami (OH) RedHawks on Saturday. Stock photo via Mike Lewis/Ola Vista Photography

The Ohio State Buckeyes picked up their 2nd home dual meet victory of the weekend after taking down the Miami (OH) RedHawks on Saturday. The Buckeye men won the meet 211-84, while the Buckeye women took a 182-115 win.

The Miami women had an impressive showing in the 200 breast on the women’s side. Stephanie Lemire led the way for the RedHawks, finishing in 2:19.49 to pick up a win for her team. Teammates Holly Schuster (2:20.56) and Hannah Fuchs (2:21.28) followed behind her to complete the top 3 sweep for Miami.

Columbus, Ohio— The Buckeyes hosted the Miami (OH) RedHawks on Saturday afternoon for a dual meet and came away with a 211-84 victory. OSU is now a perfect 4-for-4 in dual meets so far this season.

On the diving boards, Colin Zeng remained undefeated on the season in individual events. He took home first place on both 1 and 3-meter with scores of 409.13 and 443.48, respectively. Second and third place were the same as well, with Stephen Romanik and Clay White filling those positions.

The Ohio State foursome of Mark Belanger, Jack Barone, Michael Salazar, and Mossimo Chavezkicked things off with a first place finish in the 200 medley relay, outpacing the field with a time of 1:30.36. Brayden Seal won the 1000 freestyle yet again, his time of 9:24.65 comfortably besting the other six swimmers. He’d win the other distance freestyle event (500 free) with his time of 4:30.91, remaining undefeated in those two events this season.

Three-quarters of the relay-winning team won the next three events for the Buckeyes. Salazar (1:40.49) narrowly edged teammate Ryan Vander Meulen (1:40.58) in the 200 freestyle; Belanger won for the second time of the day in the 100 backstroke with a time of 49.15; and Barone touched the wall first in the 100 breaststroke (56.74). In the final two events before the first break Henrique Painhas (1:50.14) and Nick Brodie (20.86) earned first place finishes for the Scarlet and Gray.

Belanger earned his third first place finish of the day with a win in the 100 freestyle (45.86). Following that up was a Buckeye battle in the 200 backstroke: Andrew Appleby edged out Brad Shannon 1:50.53 to 1:50.92 to earn the victory. Brandon Fronczak came out on top on the 200 breaststroke for the second time this weekend, his time of 2:06.58 topping the rest of the field.

In the final event of the meet, the 400 freestyle relay, Buckeye swimmers Belanger, Justin Dunn, Chavez, and Nathan Christian came out on top to end things on a high note, winning with a time of 3:02.48.

Ohio State will return to the pool next weekend for its annual Fall Invitational. Competition begins Friday and runs all weekend, visit our 2016 Fall Invite page for more information

Columbus, Ohio— Ohio State won its fourth dual meet of the season on Saturday afternoon, defeating Miami (OH) 184-115. OSU is now a perfect 4-for-4 in dual meets this season.

The first half of the meet saw the Buckeyes triumph in all but one event. Elizabeth Auckley, Molly Washko, Meg Bailey, and Macie McNichols won the meet-opening 200 medley relay with a time of 1:42.87 and freshman Molly Kowal followed that up by placing first in the 1000 freestyle (10:10.83). Bailey then got right back in the pool and won the 200 freestyle (1:49.70) and came back yet again to win the 200 butterfly (2:00.93), giving her three first place finishes in the first six events.

Zulal Zeren and McNichols also outpaced the field in their respective events; Zeren won the 100 backstroke with a time of 55.98, while McNichols touched the wall first in the 50 freestyle (23.22). The RedHawks secured a win in the 100 breaststroke, where the top Ohio State finisher was Washko with her time of 1:04.58.

Coming out of the break McNichols would win her second consecutive event, the 100 freestyle, with her time of 51.09. Zeren would then complete her sweep of backstroke events, winning the 200 yard variation with a time of 1:59.48. Miami captured its second event victory of the afternoon in the 200 breaststroke, with Ohio State’s top finisher being Kowal (2:23.41).

The Buckeyes would post the fastest time in the final four events of the day. Freshman Kathrin Demlerbeat out the rest of the field in the 500 freestyle with her time of 4:57.18; Bailey won for the fourth time today, taking first in the 100 butterfly (55.69); Maria Coy won the final individual event of the meet, the 200 IM, with a mark of 2:05.92.

The foursome of McNichols, Cheyenne Meek, Coy, and Chantel Wynn closed out the meet on a high note, winning the 400 freestyle relay with a time of 3:26.59.

Ohio State will return to the pool next weekend for its annual Fall Invitational. Competition begins Friday and runs all weekend, visit our 2016 Fall Invite page for more information

COLUMBUS, Ohio – In their second road meet of the season, the Miami University men’s swimming and diving team dropped a meet, 175-101, against Ohio State Friday evening in the McCorkle Natatorium. Miami currently stands at 1-2 in dual-meet competition for the season.

Sophomore Ross Westrick claimed second in the 50-yard freestyle with his final time of 21.52. Westrick swam to a third-place finish in the 100-yard freestyle, clocking a time of 46.98, almost two seconds faster than his time against Purdue in the same event.

Other top finishers included freshman Nick Potter who represented Miami in the 1000-yard freestyle. Potter claimed third with his final time of 9:43.95. Senior Chris Dieter turned in a third-place finish in the 200-yard freestyle, touching the wall in 1:43.27. In the 200-yard butterfly, sophomore Ross Rybakowicz garnered third for Miami with his time of 1:56.28.

Day two of the competition saw new personal records for senior Jacob Prodoehl in the 100-yard backstroke (59.76) and junior Jack Strauss in the 50-yard freestyle (24.16).

In the third and final day of competition, Miami turned in solid performances across the board. The six Senior Jacob Prodoehl qualified for the 200-yard backstroke finals. Prodoehl finished 29th with his final time of 2:12.27, setting a new personal record.

Miami is off until the Miami Invitational which is set to begin on Dec. 3, in the Nixon Aquatic Center back in Oxford, Ohio.

COLUMBUS, Ohio – Miami University’s men’s and women’s swimming and diving teams fell to Ohio State on Saturday afternoon in Columbus. The men’s team is now 2-2 and the women are 5-2.

Pei Lin was the lone RedHawk to collect two individual wins as she swept the diving events, winning the one-meter (347.78) and three-meter (373.13).

The other individual win for the Miami women came from Elise Campbell, as she took first in the 100-yard breaststroke, touching the wall in 1:03.04. LeMire placed third in the event, coming in at 1:04.66.

As for the men, the team of James Wray, Hutch Blackstone, Rob Newman and Nick Ward placed third in the 200-yard medley relay, clocking in at 1:33.38.

The Miami men and women will be off until they host the Miami Invitational Dec. 1-3.