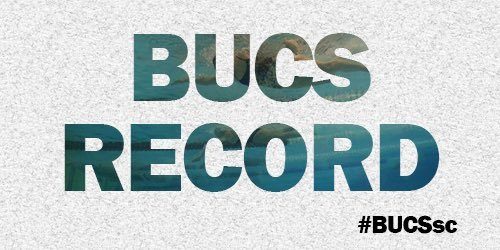 Already over the first two days of the 2016 British Universities & Colleges Sport (BUCS) Championships we’ve seen numerous meet records and even some national records bite the dust in the pursuit of team titles. Today was the final siege of swims at Ponds Forge in Sheffield, where Loughborough was hoping to clinch its 13th consecutive championship trophy.

And clinch it Loughborough did, as the swimmers collectively nailed a points total of 413 to beat 2nd place Stirling by over 100. Edinburgh settled for 3rd in 234 points, while Bath and Sheffield Hallam garnered 4th and 5th place finishes, respectively.

Stirling certainly has the top-tier talent in their arsenal to make a move, with such swimmers as Kathleen Dawson, Craig Benson, Duncan Scott and Ross Murdoch, but Loughborough simply has the depth to rack up the points event after event.

University of Stirling standout Duncan Scott, a member of Great Britain’s silver medal-winning 200m medley relay in Rio, did his part to help sway the points his squad’s way throughout the meet. In addition to winning the men’s 100m butterfly, Scott scorched the men’s 50m and 200m freestyle fields, setting a new Scottish National Record in the former event in the process.

Today, Scott fired off another BUCS meet record, taking the men’s 100m freestyle in a swift 47.51, the 2nd fastest mark of the young 19-year-old’s career. Scott was faster only in December of 2015 when he set the Scottish National Record with his 47.37 outing in Edinburgh. The Stirling stud proved his versatility once more individually at this meet, taking the men’s 50m butterfly title in a time of 23.84, the only swimmer of the field to delve into sub-24-second territory.

Bath’s Anna Hopkin also proved herself to be a dominant sprint freestyle threat, following up her 50m freestyle victory from yesterday with a super quick 100m freestyle win today. Hopkin cranked out a massive personal best of 53.53 to crush the 100m freestyle field today, representing the only swimmer to dip beneath the 54-second threshold. In fact, this is the first time Hopkin has scored a 53-point time, as her previous personal best heading into the meet sat at 54.51 from last year. Of the field, Hopkin won this event by almost a second, as Edinburgh’s Lucy Hope touched in a time of 54.47 for silver.

The backstroke sweep was completed on the women’s side by dominant rising star Kathleen Dawson, a new member of the Stirling squad. After winning the 50m backstroke and 200m backstroke races yesterday, with a new Scottish National Record in the longer distance, Dawson scorched the field today in a 100m back mark of 57.66.

58.11 represented Dawson’s personal best (and Scottish NR) headed into Ponds Forge, but the 19-year-old surged well past that effort, registering the first sub-58-second outing of her young career. Of the field today, Dawson was not just the only swimmer to go sub-58, she was also the only competitor to go sub-59. West of Scot’s Craig McNally also swept the backstroke events, winning the men’s 100m event today in a time of 52.43.

Craig Benson of Stirling scored wins across all 3 men’s breaststroke events before the meet was done, following up yesterday’s 50m and 200m efforts with a 100m winning time tonight of 59.47. He and teammate Ross Murdoch were the only sub-minute swimmers of the final (59.90). With his win tonight, Benson swept the men’s breaststroke events for the 2nd consecutive BUCS meet.