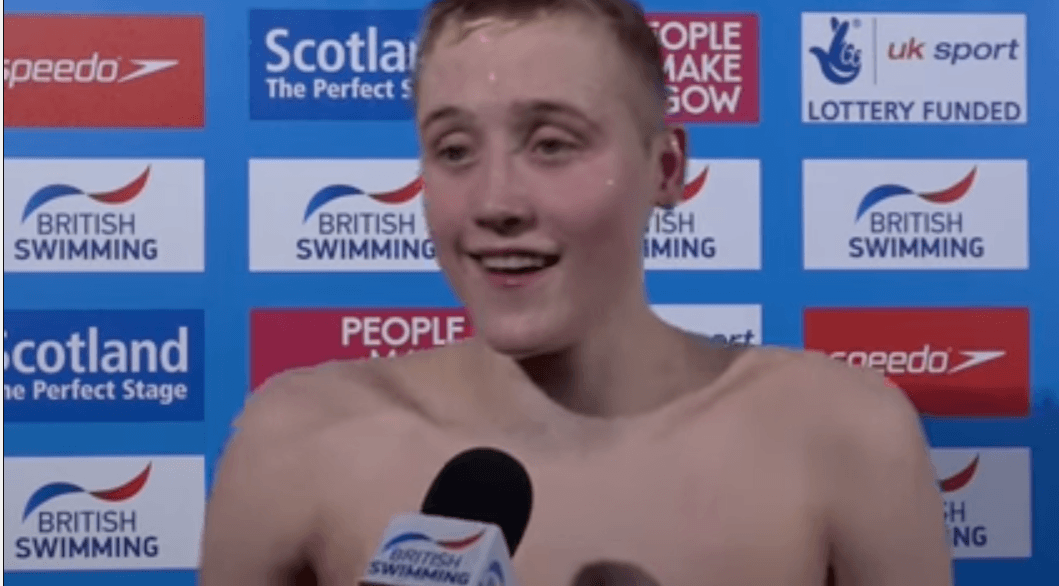 The 2016 British Universities and Colleges Sport (BUCS) Short Court Championships got started tonight with the women’s 800m freestyle and men’s 1500m freestyle events. The meet kicks off the BUCS 2016-17 swim season and is taking place at Ponds Force in Sheffield. Powerhouse teams such as Loughborough, University of Stirling and Edinburgh are vying for bragging rights on an overall team title, a trophy which Loughborough has swum away with the past 12 consecutive years.

2016 Olympic finalist Aimee Willmott took the women’s 800m freestyle title last year, however, she opted out of racing the event this time around. University of Glasgow swimmer Camilla Hattersley, also a 2016 Olympian for Great Britain, took advantage of the open door, taking tonight’s win in a time of 8:27.30.

Equipped with a personal best in the event of 8:21.70 from last year’s ASA Winter Meet, 21-year-old Hattersley’s outing tonight ranks as her 3rd-fastest effort. She was the only racer to dip beneath the 8:30-threshold and beat Wilmott’s winning mark of last year set at 8:29.62.

Loughborough athlete Alice Dearing had to settle for her 2nd consecutive silver medal in this event at BUCS, touching the wall just under seven second behind Hattersley in a mark of 8:34.37. Dearing was 8:37.20 in 2015, therefore, tonight’s effort was quicker, but not enough to stop the improving threat from Glasgow. Bronze tonight went to Swansea’s Ellena Jones (8:35.46).

For the men, Tim Shuttleworth fired off a near-personal best to rack up the points for his Loughborough squad in a new meet record-setting time. The 2016 Olympian who finished 27th in the 1500m event in Rio scored a mark of 14:42.76 in the short course version of the race tonight, clinching the only sub-14:50-clocking of the field. Shuttleworth was runner-up last year in a time of 14:52.76 so the 19-year-old dropped exactly 10 seconds between his two performances.

Bath University set up a nice points haul by way of a 2-3 finish by teammates Tom Derbyshire and Jay Lelliott. The two freestyle studs cranked out times of 14:50.31 and 14:53.75, respectively, to put some solid Bath points up on the team standings board. Look out for Lelliott later in this meet, as he carries heavy racing experience with him in the form of a gold medal in the 400m freestyle at the 2015 World University Games.

Also in the men’s 1500m freestyle field was Stirling’s Olympic silver medalist in the men’s 4×200 freestyle relay, Duncan Scott, and last year’s title winner in this event, Toby Robinson, who finished in 5th and 6th places, respectively. Robinson held the meet record in this event at 14:45.74 from his win in 2015.

Prelims for tomorrow’s session are slated to start at 9:30am local.

My name is TOBY Robinson, not Tony Robinson.