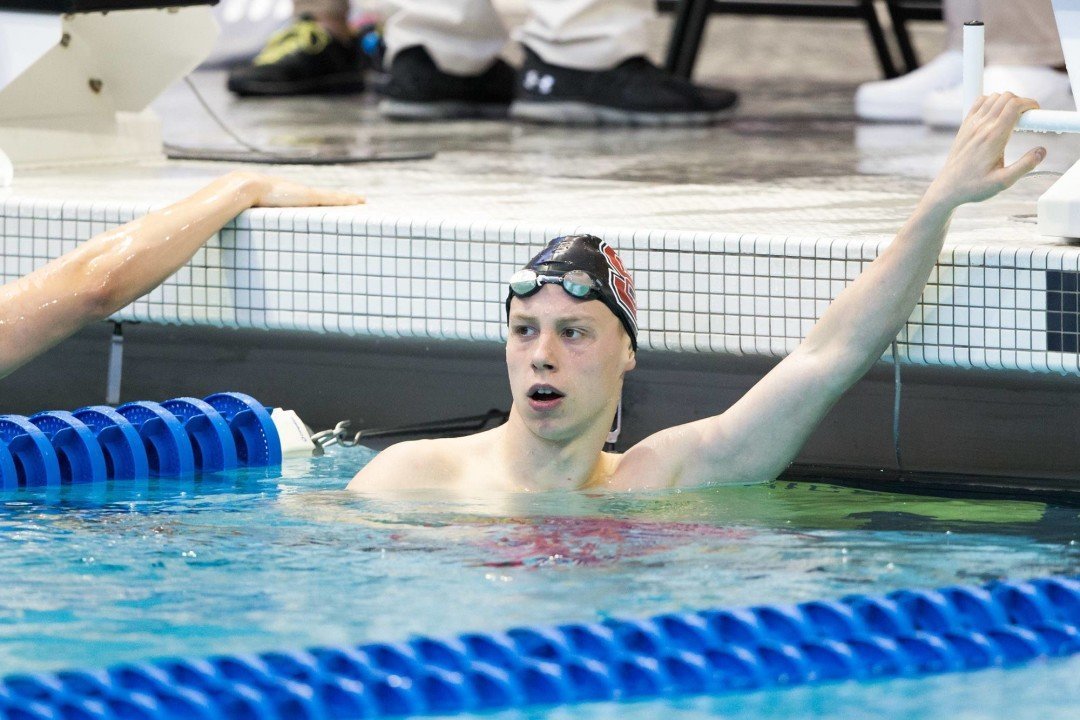 The NC State women got things started by scaring Stanford’s 2016 1:27.72 meet record, with the team of Ky-lee Perry, Krista Duffield, Olivia Calegan and Elise Haan going 1:28.52 in the 200 free relay. On the men’s side, the team of Ryan Held, Justin Ress, Jacob Molacek and Giovanni Izzo combined for a meet record 1:15.83.

Penn State’s Ally McHugh came back on Kentucky’s Geena Freriks in the women’s 500, prevailing in 4:38.77 with Freriks touching just behind at 4:38.91. NC State’s Anton Ipsen downed the meet record in 4:13.19, also good for first in the nation.

Kentucky’s team of Bridgette Alexander, Bailey Bonnett, Asia Seidt and Geena Freriks won the 400 medley relay in 3:32.31, thanks to a blazing 50.99 out of Seidt’s fly leg. On the men’s side, the NC State team of Coleman Stewart, Jacob Molacek, Ryan Held and Justin Hess went 3:07.04, tying Alabama for the top time in the nation.

Doesn’t Dressel have the leading time in 18.66?

Rankings aren’t showing leadoff relay splits in the search so it probably didn’t come up, but that’s correct. The post has been updated.

Wow that is a good 500 time. Also it’s kind of crazy that the top time in the nation for a relay is a tie