O’Connor Ponders Next Steps After Withdrawing from British Trials 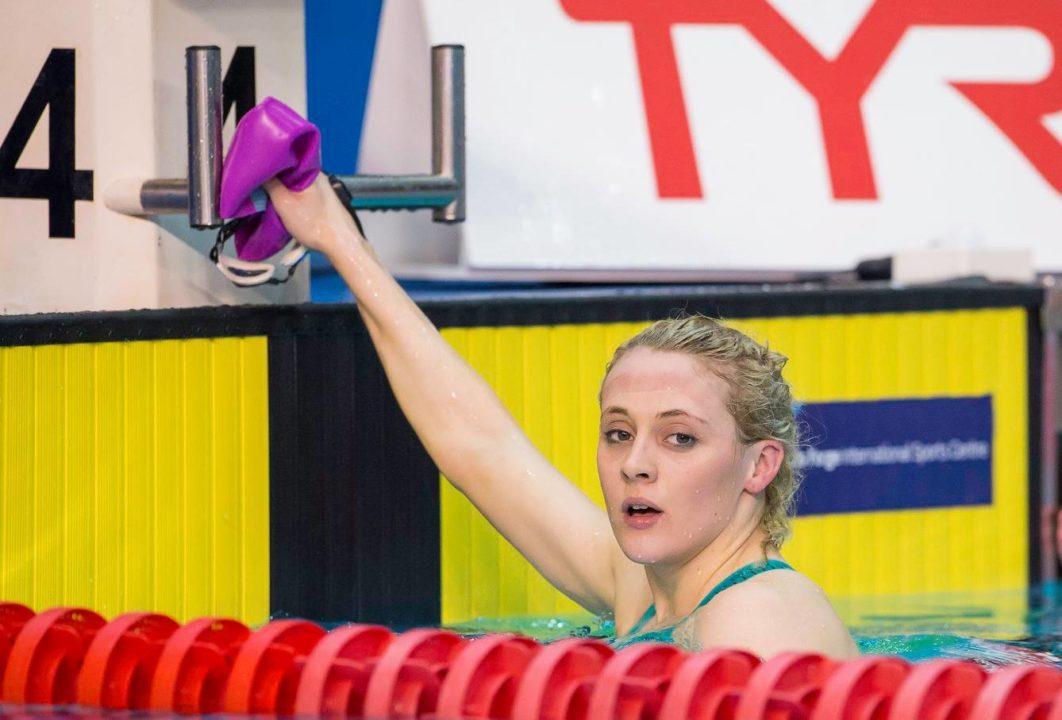 The British Swimming Selection Trials, the nation’s primary Olympic qualification meet, kicks off in London on April 14th. However, upon reviewing the entry lists a high-profile athlete was missing to the tune of 2016 Olympic silver medalist Siobhan-Marie O’Connor.

O’Connor earned runner-up status in the women’s 200m IM in Rio, finishing only .30 behind champion Katinka Hosszu of Hungary. She finished 7th in the same event at the 2017 World Championships, followed by 2IM gold at the 2018 Commonwealth Games.

Most recently at the 2019 World Championships in Gwangju, Korea, O’Connor finished 7th in the 200m IM event after having taken the British national title. Since then, the 25-year-old Bath moved training homes from Bath to Loughborough in August of 2019.

All the while, the versatile athlete who holds not only the 2IM national record but also the British standard in the 100m breaststroke has been suffering from ulcerative colitis. O’Connor was diagnosed with the disease just after the 2012 Olympic Games.

The illness is rearing its ugly head once again for the talented athlete, as O’Connor points to her health as the reason why she will be absent from next week’s elite competition.

“Ahead of next week’s Olympic Trials, some of you may have noticed that my name was not amongst the list of confirmed entries,” starts O’Connor’s social media post.

“As many of you know, throughout my career I’ve struggled with Ulcerative-Colitis, a chronic illness that can make training and competing really difficult and very unpredictable.

“Since the last few months of 202, I have been unable to train for a consistent and sustained period. Despite my very best efforts to do so, and all that I have done to help facilitate this, unfortunately, things have not gone the way that I had hoped and anticipated. Sadly, this means that I’m not in a position to compete at next week’s British Swimming Championships.”

In terms of her future, O’Connor states, “I would like to take some time to get well and decide what my next steps will be.”

O’Connor joins a growing list of Rio medalists who look unlikely to repeat performances this year in Tokyo. Just this week Japan’s Kosuke Hagino dropped his 400m IM at Japanese Trials, for example. He is the reigning Olympic champion in that event.

Wish all the best for Siobhan-Marie and a speedy recovery. In England she is such a huge inspiration for young girls looking to swim and is so loved by fans and the media. Such a great personality and talent.

Such a shame. That 2.06 in Rio may not have garnered a gold medal, but it was one of the finest swims in the history of British Swimming.

Here’s to more success in whatever comes next!

Very sad to hear this but hope she gets well soon and gets the chance to swim again competitively whether it’s in the ISL, the commonwealths or Paris 2024 as at her best she is one of the most versatile athletes on the planet.