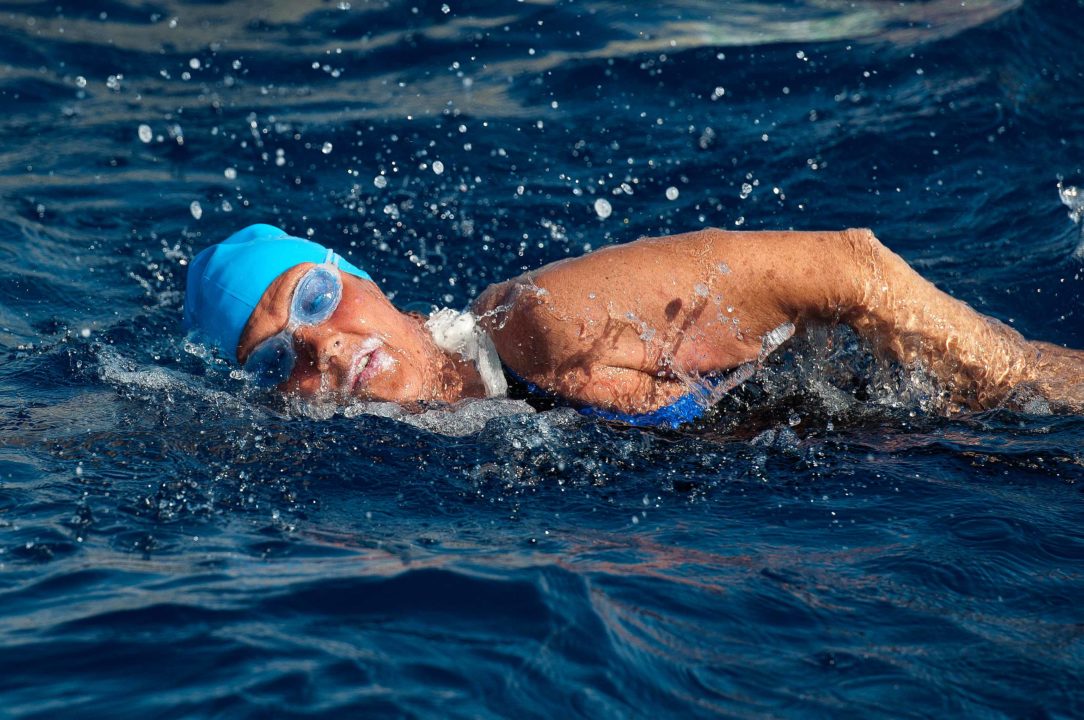 Diana Nyad came up short in her goal to swim from Cuba to Florida and was pulled  for safety as...

Diana Nyad came up short in her goal to swim from Cuba to Florida and was pulled  for safety as a strong storm system enveloped her and the escort fleet.   CNN reports Diana and her crew decided it was too dangerous to continue as the final set of storm cells were the most powerful of the journey.   Throughout the swim she encountered jelly fish stings and bouts of intense thunderstorms.   This was the longest duration of any of her 4 efforts.   She first tried in 1978 and made two more attempts in the summer of 2011.  Diana Nyad will turn 63 on Wednesday.

Did anyone see the photos of her after they pulled her from the water? They are kind of gruesome.

I’m beginning to think that she is a little nutty.

For her sake, I hope she never tries this again……..

I am so tired of this well meaning 60 something year old woman sucking up press time for “swimming.” True open water swimming enthousiasts place safety above all else. Ms. Nyad continues to fail due to life threatening situations. This gives the impression to outside onlookers that open water swimming is a life threatening pursuit. Enough already. BTW, how many Cubans got no attention from CNN for attempting to travel the other direction?

Um, she was swimming from Cuba to Florida. Do you really think there are Cubans trying to swim from the US to Cuba?

No. Ms. Nyad’s only successful journeys were from the USA to Cuba. Most of those braver souls fleeing Cuba had much more to contend with than jellyfish. Them I applaud.

We humans were not designed or meant to swim 103 miles in the ocean, she has no mercy.

I admire your tenacity, but you’re barking up the wrong tree.

Try something less dangerous and easier.

P.S. There is no way on earth that I would try to do something like what you attempted. Absolutely no way.

She got stung by a jellyfish demanding her respect.