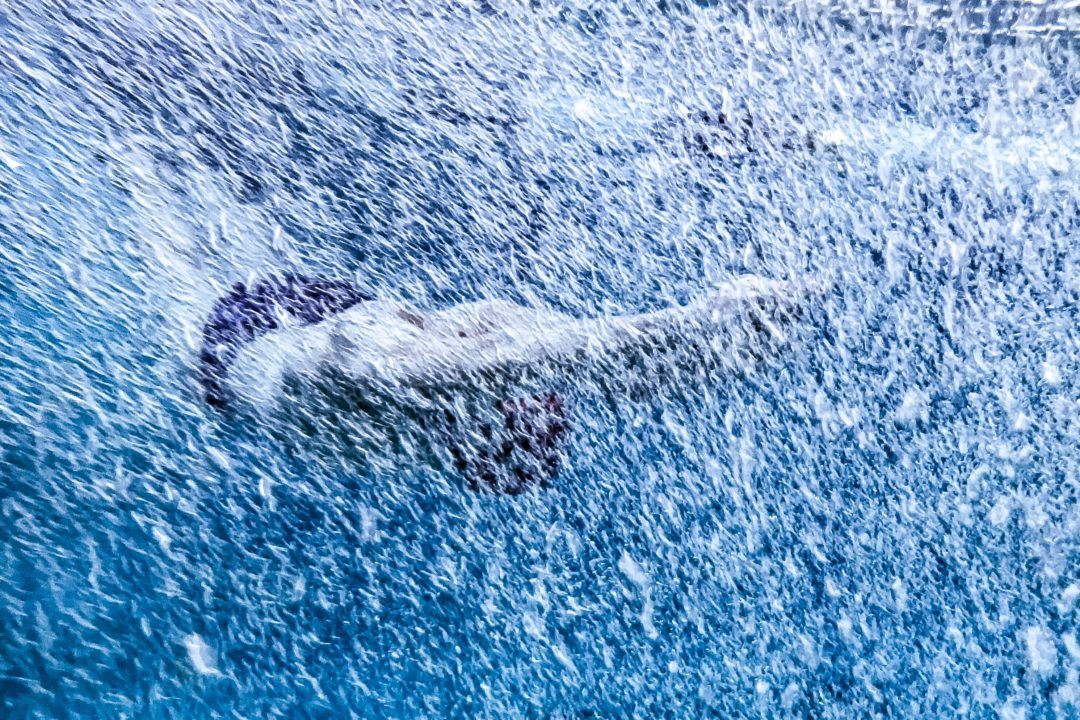 The 13-14 girls’ 400 medley relay team from Nova of Virginia Aquatics (NOVA) broke a National Age Group Record on Friday at the NCAP Invite.

The group of Josephine Fuller, Grace Sheble, Caroline Sheble, and Olivia Erickson combined to win the event in 3:44.77. That broke the previous record of 3:45.02 set by the Aquajets out of Minnesota in 2012 (Heidi Katter, Olivia Anderson, Bre Thorne, Kaia Grobe).

The Aquajets broke that record at the 2012 Minnesota Age Group Championships, where, even without their best-known alumnus Rachel Bootsma they broke four 13-14 National Age Group relay records by an average of 1.88 seconds.

The big difference for the NOVA relay was the butterflier Caroline Sheble, who took 4-tenths off the proverbial ‘record line’ with her 55.29 split. The comparative splits are below: